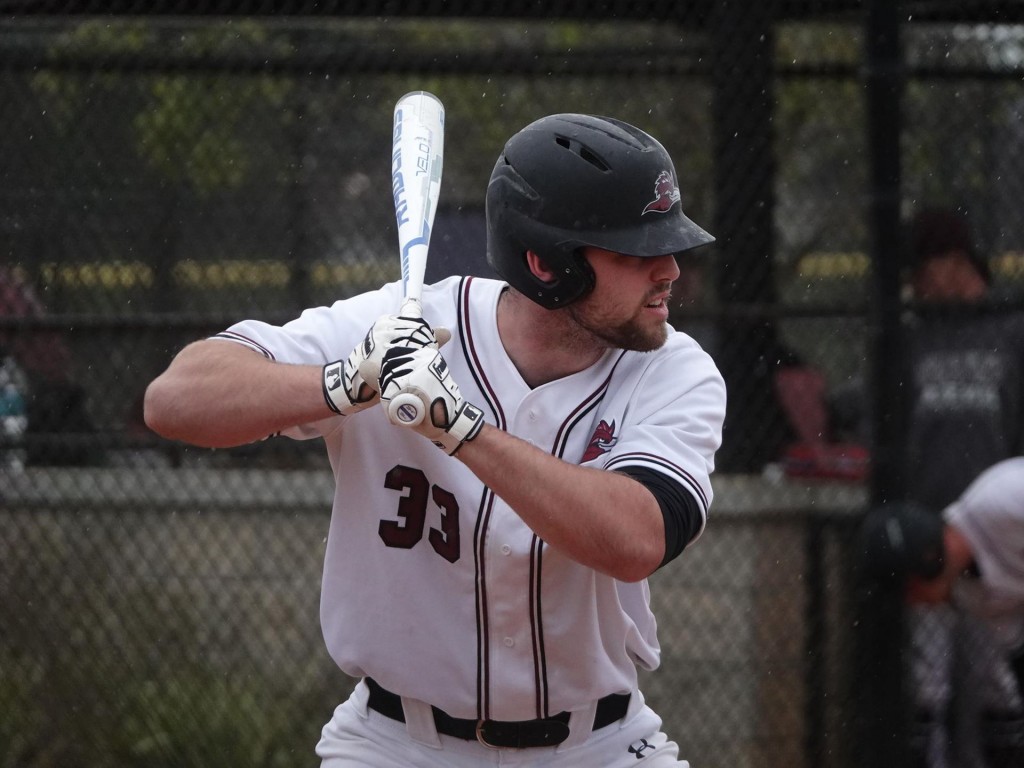 The game was consistently neck and neck, with Drew recording a run on their first at bat, followed by Ramapo scoring two of their own. With two outs against him, junior Kyle Buser doubled to center field in the bottom of the first, plating senior Liam Duffy who singled to right field earlier in the inning. Buser then rounded home plate after freshman Philip Mahlik ripped a single to left center. Ramapo was up 2-1 upon entering the second inning.

After a scoreless second inning, the Rangers hit a double, bringing home two men and allowing Drew to steal the lead, 3-2.

The Roadrunners weren’t able to catch up until the bottom of the fourth inning, after junior Kellen Hardy singled to shortstop, opening up home plate for Buser to cross after his early inning single to left field. Mahlik also scored on the play as he was walked two batters earlier. Two additional runs brought the score to a 4-3 lead for the Roadrunners.

Drew bounced back again, collecting two runs in the top of the fifth.

Things got exciting for Ramapo in the bottom of the sixth. A total of eight runs were scored in this inning alone. With the bases loaded, Hardy started the scoring streak with a double down the infield line, advancing the runners on base, and plating senior Vincenzo Sita and Mahlik. A single from freshman Kyle Lisa and a double from senior Nick Cuba kept the momentum going, adding an extra two runs to the board.

Drew University substituted their pitcher mid-inning, but that still didn’t kill Ramapo's hit streak. Duffy fired a single to left field, followed by Mahlik with a single to center, and then by Sita to the left side. An additional two runs were tacked onto to Ramapo’s lead, leaving the inning at 12-5.

Drew was able to retaliate by gaining four runs in the eighth inning, but it proved to be too late. The Roadrunners already took the game, and the final score stood at 12-9.

For the game, the Roadrunners tallied 15 hits, 12 runs and zero errors. Duffy and Mahlik contributed three hits and two RBIs apiece, while Buser and Sita each recorded two hits and one RBI.

Hardy also proved to be a strong asset, going 2-2 with a single and a double and one run scored; he also led the team with four RBIs.

On the mound, sophomore Thomas Feehan opened the game pitching 4.1 innings, striking out two batters and allowing five runs. Senior Kyle Haag secured the win for the Roadrunners after facing five batters in 1.1 innings and not giving up a single hit. Senior Greg Westhelle closed the game and earned a save after striking out two of the four batters he faced.

The baseball team played another non-conference home game on Wednesday April 3 at 3:30 p.m and won with a final score of 12-5.

The Roadrunners will return to the diamond again on Thursday, April 4, at 3:30 p.m. for their first game of a two-day NJAC double matchup against William Paterson University. Thursday’s game is on campus, while Friday’s is at William Paterson for some consecutive conference action.