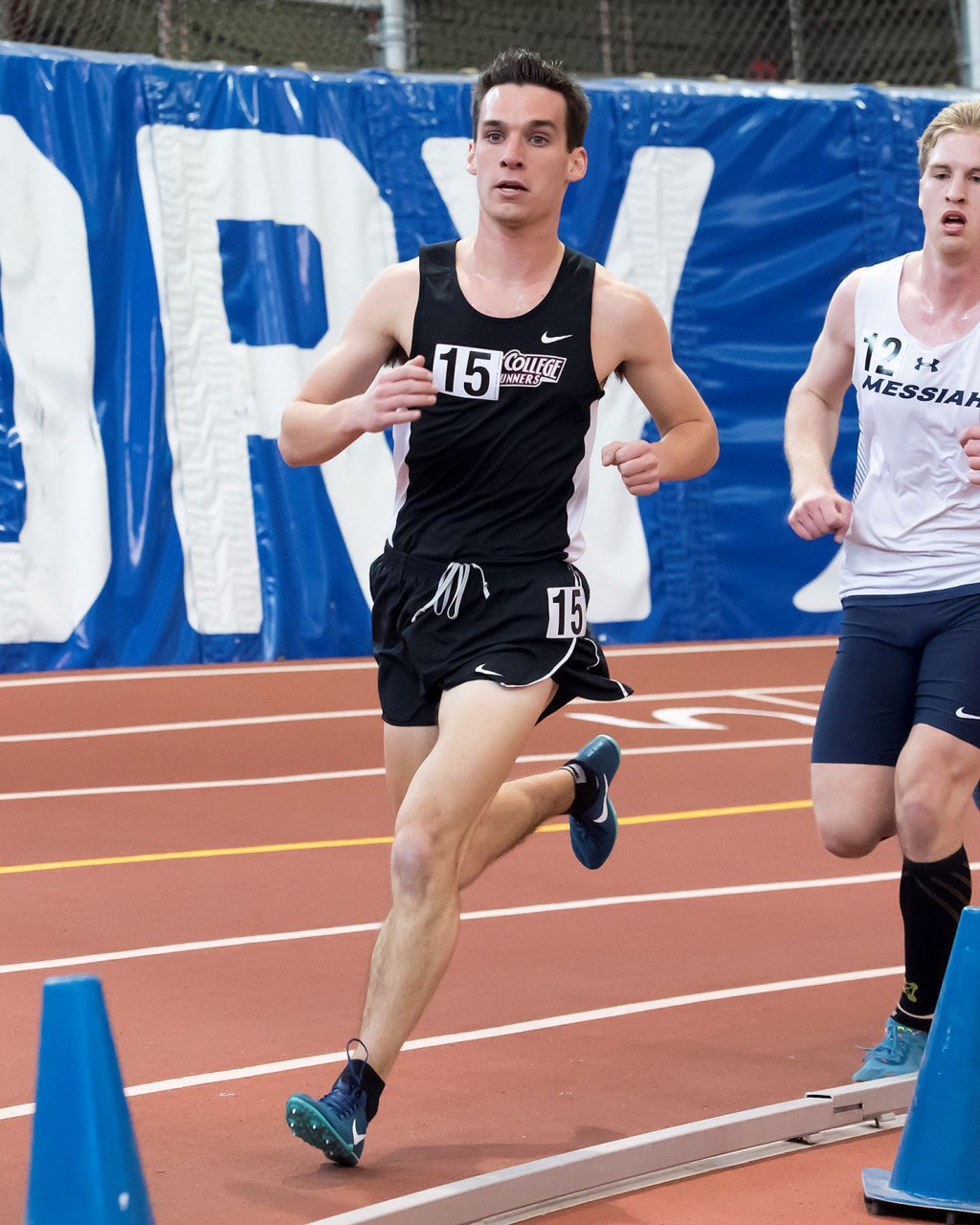 The Ramapo College men’s indoor track and field team has been an unstoppable force as of late this season. Coming off two monumental performances, the team is in full stride to finish strong this year.

On March 30, the Roadrunners put in an admirable performance at the 24th Annual Monmouth Season Opener today at Monmouth University.

Senior Dillon Fisher crossed the finish line in the 400-meter hurdles for a fourth-place finish. Fisher finished with a respectable time of 55.72 seconds which also qualified him for the AARTF Championships.

The standout performance of the meet however, came from the Roadrunner’s 4×800-meter relay team, who grabbed a second place finish with a time of 8:13.16.

While the team can take pride in their outing at Monmouth, nothing can compare to their performance at the Towson Invitational in Towson, Maryland. The Roadrunners not only went up against opponents from all across the country, but also a host of NCAA Division I athletes.

Andersen set the bar high for the Roadrunners when he won the 1,500-meter race, clocking in at 3:59.91. Andersen's incredible time also managed to qualify him for the AARTF Championships and puts him eighth on the program's top ten list.

Long distance runners Will McCoy and Joseph Zisa managed to steal the show when they finished back-to-back in the 5k race. McCoy grabbed a second-place finish for a time of 15:37.59, while Zisa trailed right behind him in third (15:45.00).

McCoy – who gave one of the top performances of the meet – commented on his phenomenal performance along with reminiscing about his time as a Roadrunner.

“The Towson invitational was a great start to my final season and I’m looking forward to doing more later on,” said McCoy. “It’s been a privilege being able to run for Ramapo the last four years. I wouldn’t be the same person today if it wasn’t for such a great program.”

The remarkable performances kept pouring at Towson, as many individuals were able to qualify for the AARTF Championships while achieving high placements in their respective races.

In the 400-meter hurdles, Fisher clocked in another great performance, placing third overall and finishing with a time of 55.40 seconds. Freshman Max Dubac finished a few seconds behind, at 59.12 seconds for a ninth-place finish.

De La Cruz crossed the finish line in 1:56.87 in the 800-meter run for a fifth-place finish, and was yet another Roadrunner to qualify for the AARTF Championships.

Towson marks for one of the best overall performances the Roadrunners have put up this season. And the team will be looking to continue their momentum this weekend at Moravian College in the Coach P Invitational.