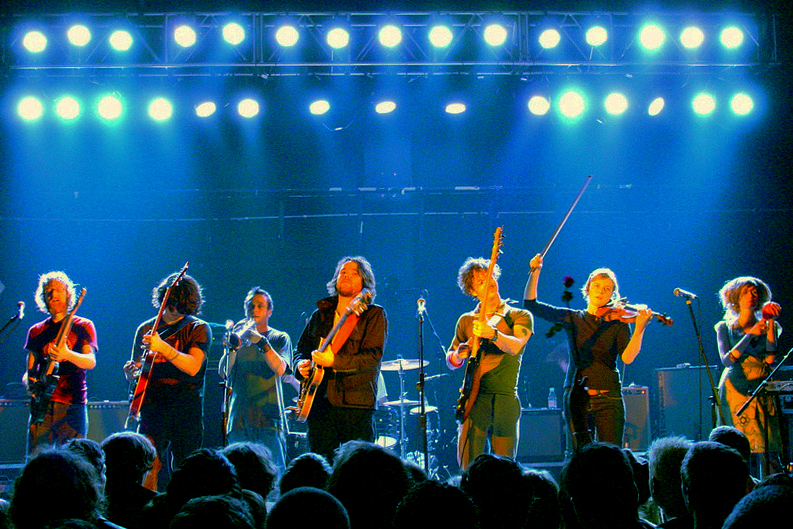 This band is known for its alternative and experimental sound and it is even more evident on this new EP called “Let’s Try the After (Vol. 2).” Even though it consists of only five songs, it succeeds in presenting all the different styles and personalities this band has to offer.

The EP opens with a song called “Memory Lover,” which is an instrumental piece and it could be considered a callback to the beginning of this band’s career, when they mostly released instrumental music before adding new members. Even the title of the song seems to point in that direction, showing that the band still remembers its roots.

Sadly, that comparison is the only enjoyable thing about this song because it sounds like the band members forced themselves to write an indie sounding instrumental song to open their new EP without really trying to make something that sounds meaningful. It just seems to replicate the cliché alternative rock band instrumentals.

The second song “Can’t Find My Heart,” also a single with which the band announced this project, is a more interesting product, even though it also has a few unimpressive musical moments.

Musically and lyrically, it is constructed well, but all five minutes of it are expected and feel overused in today’s oversaturated music industry. Some lyrics are interesting and have layers, such as: “Well, if you want to rely and you want to exist, we could give this a try,” creating a more interesting way of begging someone to coexist with them, even though the person on the receiving end does not seem to respond to the proposal very positively.

“Big Couches,” the third song on the EP, is another extremely forgettable alternative and indie sounding song, with nothing new to bring to the table, offering only expected vocals. It’s basically a non-existent instrumental and a boring progression.

The title song “Let’s Try the After” is also the best song on the EP without question, delivering in every aspect. The instrumental is very slow and somber, accompanied by vocals that sound like a mixture of speaking and high singing. The lyrics are miles better than anything else on this project, with only two verses and a simple chorus that deliver the message of hopelessness perfectly.

With lyrics like: “Everyone’s got mountains in their shoes but who the f*** can climb this?” that present the pathetic and tragic feeling of “trying the after,” trying to mend or continue something that is finished, broken and nobody wins in that fight.

The whole second verse: “And tomorrow’s kind of a b****… She holds the light so close to your eyes, it’s almost like you kinda wanna leave” metaphorically shows how pointless and difficult it is to continue fighting a lost cause.

The EP ends with “Wrong Line” which is the second best song on the album, meaning it is perfectly mediocre and it taints the aftertaste of the wonderfully constructed previous song.

With just five songs, and more than half of them very disappointing, this EP is neither good nor bad. It is simply a forgettable musical product, which might be the worst label a piece of art can receive.