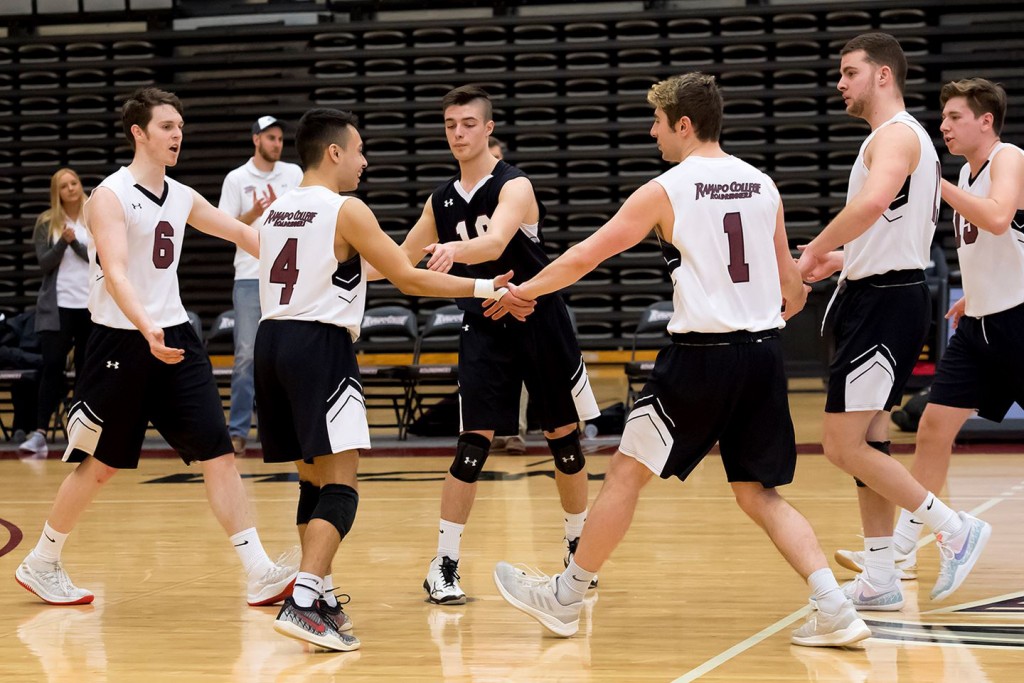 Despite a bumpy season, the Ramapo College men’s volleyball team is now looking to set the record straight this Saturday at the 2019 Eastern College Athletic Conference Men’s Volleyball Championship Tournament. This tournament marks the 10th time in program history that the team has been selected for the prestigious event, and the team is looking to bring the trophy home as in previous years (2003, 2006, 2007, 2012 and 2015).

Qualifying for the ECAC aside, this year’s Roadrunner team certainly had some major setbacks. Their rollercoaster-type season left the team with a 15-15 standing overall as well as a 4-6 home record. The men’s team did have a few takeaways, however, one being their 7-4 record in conference play.

One of their most defeating moments came toward the end of this season. The men’s volleyball team ended their season with three straight losses – the most crushing coming from the Eagles of Juniata College in the CVC Conference Tournament.

The Roadrunners managed to take game one in a 27-25 victory before they lost three thrillingly close games (16-25, 22-25 and 18-25). There were some standout performances from the team, especially from sophomore Stephen Codispodo, who led the Roadrunners with ten kills along with three assisted blocks. Junior Eric Van Thuyne tallied nine kills and three digs, proving his capabilities.

Juniata College, which has earned the No. 1 seed, will host the one-day tournament in Huntingdon, Pennsylvania. The Juniata College Eagles will start the event off against No. 4 seed Misericordia University (20-16) at 11 a.m. on Saturday, April 20. The Roadrunners, who ended up nabbing the No. 3 seed, will take on No. 2 seed Hunter College (18-13) at 2 p.m. on Saturday. The two winners of each semi-final match will then go on to play for the ECAC Championship title.

Van Thuyne, who was named CVC First Team All-Conference, leads the Roadrunners with 269 kills this season and 39 aces. Codispodo follows with 185 kills, and sophomore Conor Charlow closely trails at third with 163 kills.

The team appeared to rise from their upsets after holding a four-game win streak, most of those victories occurring during the Continental Volleyball Conference. The Roadrunners are in control of their own destiny, and with the upcoming ECAC tournament in sight, the team will have one more chance to earn that fairytale ending that every athlete chases in competitive sports.