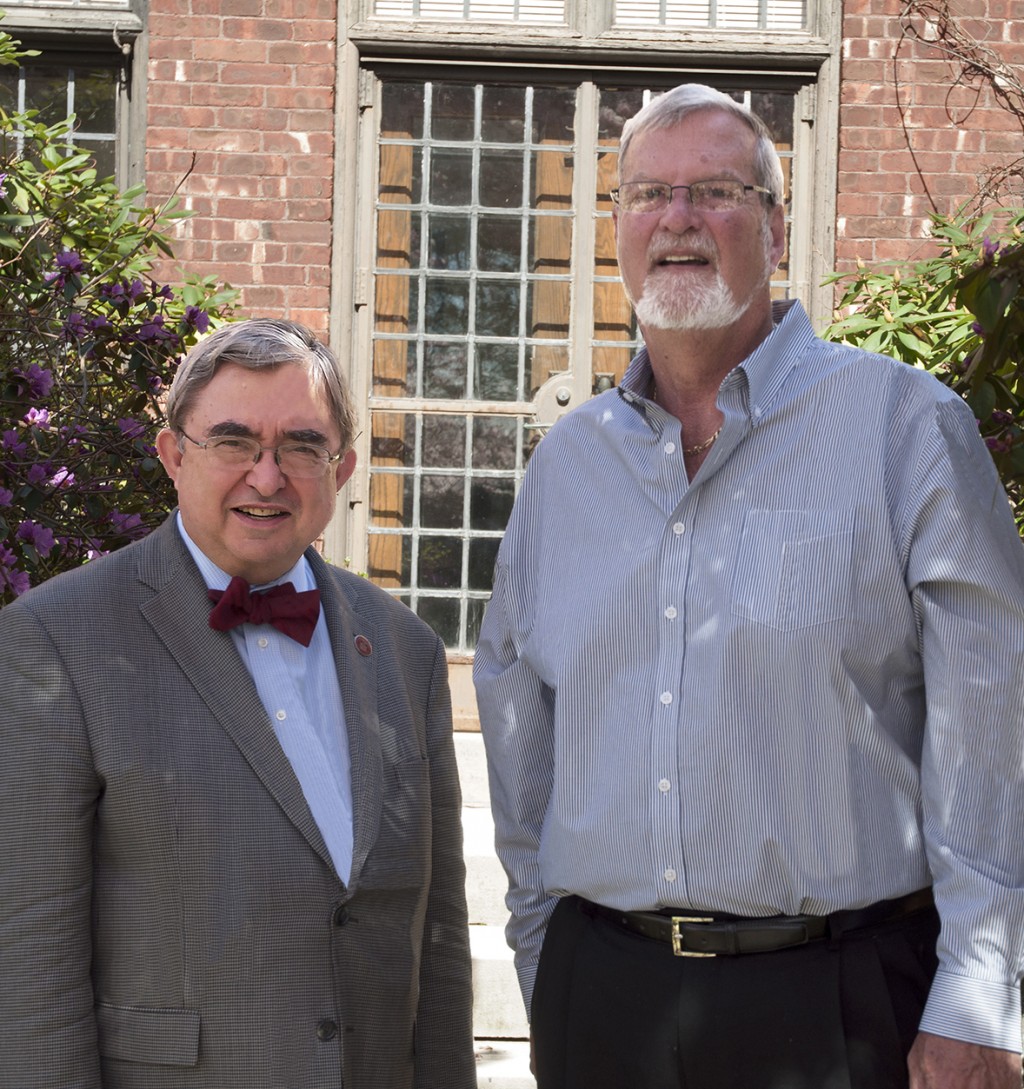 As Ramapo College approaches its 50th anniversary, Ramapo’s history is being given a new perspective: first-hand.

On Wednesday, Peter Bell, Ramapo’s first transfer student and one of the first students admitted returned to campus for a tour and interview. Retired professor Tom Heed works on the 50th Anniversary Committee to take oral history accounts of what Ramapo was like in its earliest days, and invited Bell to Ramapo.

Peter Bell entered the College as a junior and was a business major in the first graduating class of 1973 at Ramapo College. As he looked back on his time at Ramapo, he had insights about how the College has changed in the last several decades.

“There was literally nothing else here,” said Bell. The campus once comprised only the academic building and the Birch Mansion, with farms where our sports fields now lay.

In his interview with Heed, Bell spoke about the easy-going nature of Ramapo College, which was unlike any other at it’s time.

Ramapo’s once unstructured curriculums and student life set it apart from most other institutions. Bell spoke fondly of the days when his professors would take them to have class outside, something a college would not have typically considered at the time.

Bell was also featured in an article in the Record with reporter Alice Olick, who interviewed him in 1970 when he was admitted.

Many qualities of Ramapo remain the same, however. Encountering a tour group on Bell’s tour of his much changed alma mater, he reminded students that they have similarities to the first entering classes they may not realize.

Bell said that despite the physical changes to campus, Ramapo seems very similar now in practice to his own years on campus. “People think people are different today, but they’re not,” he told Heed.

Ramapo’s attitudes have remained strong toward diversity, inclusion and unique experiences. While this is now par for the course at public and liberal institutions, it was hard to find then.

Bell says that differences among students were negated on campus, even among the grading system. “At Ramapo, everyone was the same…no one was better or worse,  just different.”

Students then were largely politically progressive, with protests and strikes being a common feature of campus life. However, Bell himself was not an active member, even if a believer.

“I was outspoken, but I wasn’t a joiner,” he told Heed and senior Emma Keller, who assisted asking questions in the interview.

Bell spoke to the fact that the mere presence of structure has driven Ramapo toward the ways of other colleges, though this does not necessarily lessen his opinion of the school. He even gave the sentiment of hoping that one day, he will bring his grandsons to tour the College when their time comes.

Ramapo has come a great way since its first students. Where once there were only two buildings, a motel down the road serving as housing and grass instead of parking lots, Ramapo now offers students endless opportunities.

“You appreciate what you have, and you learn as much as you can for the short period that you’re here.” Bell’s words ring true to students of any time, but can teach Ramapo students to truly appreciate the unique experience they are part of.

In his interviews with Heed, Olick and the Ramapo News, Bell had many stories of Ramapo that reflect the values this school was built on.