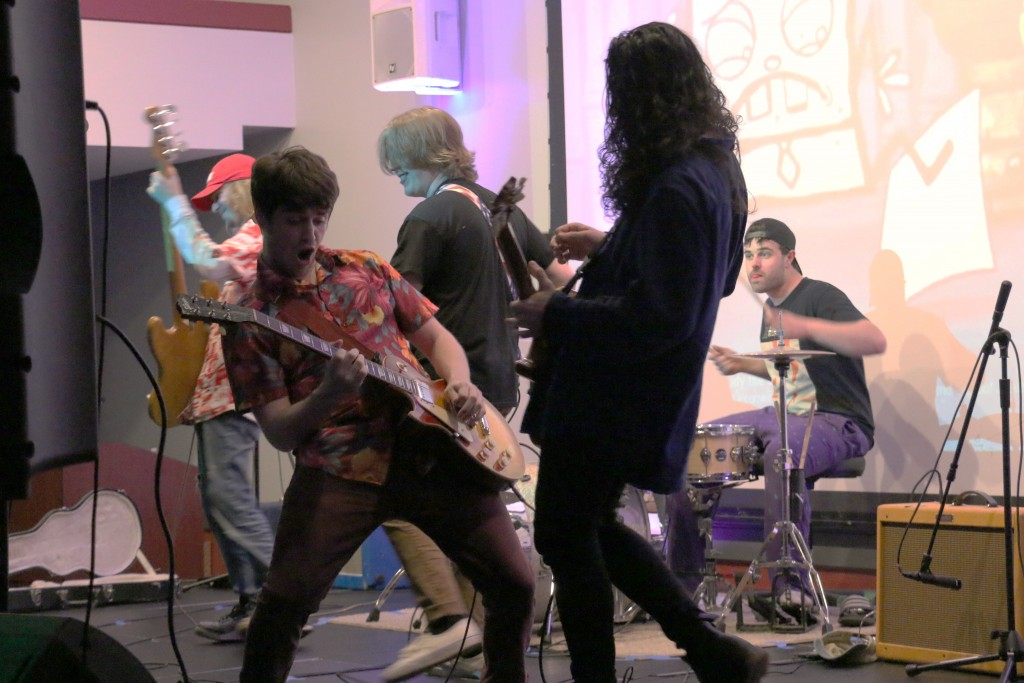 Slaughter Beach, Dog performed a solo acoustic set at the College Programming Board’s recent installment of Tuesday Night Live. The solo performer, Jake Ewald, is known among the indie rock community for his past work with the band Modern Baseball.

Student acts such as Peach Creek, Cheyenne Dan and Love on Acid opened the show.

Senior Tom Mellott, who performs by the name Peach Creek, played songs from his recent EP “Ephemera“ on acoustic guitar.

“Jake’s one of my favorite musicians, he’s a huge inspiration. To be able to open for him was awesome,” said Mellott. “This is one of the best turnouts I’ve seen for a TNL here and just to be able to be a part of it is super awesome.”

Jake Ewald played songs from his 2017 albums, like “Gold and Green” and “Glowing” and also asked the audience for suggestions to which people requested earlier songs like “Intersections.”

“I remember when I was in college and went to shows like this … and you would just have a good time and not give a shit about anything because you haven’t really gotten to all the real shitty shit in life yet,” Ewald said between songs. “But it’s really fun and special, especially when you have a place like this where they care enough to put on shows.”

There was a photo of Democratic candidate Andrew Yang projected onto the screen behind him, as Ewald encouraged people to research his ideas. Ewald joked, “This is as political as I get.”

Ewald said he finished recording his next album which will be released at the end of summer.

“[Jacob Fishman] booked Slaughter Beach, Dog two years ago and they were full band, and they were awesome as per usual,” Sakumoto said. “Definitely not as many people came then because it was in the middle of the semester.”

“I didn’t really have anybody in mind, but I thought ‘maybe he’s around’ because he was doing a solo tour that he just got off of,” Sakumoto said.