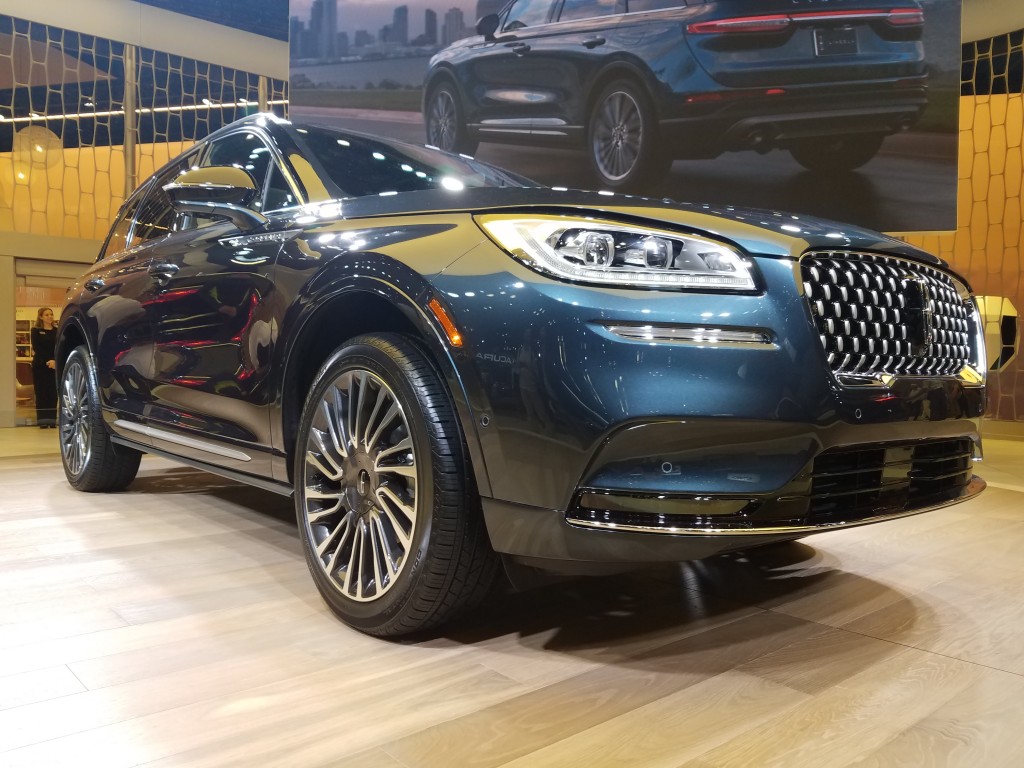 Small cars and SUVs dominated the New York Auto Show this year. New offerings from Lincoln, Hyundai, Mazda and many others were unveiled as the auto industry shifts more towards crossovers.

In the luxury car segment, the all-new 2020 Lincoln Corsair debuted featuring styling elements similar to the company’s bigger Aviator and Navigator SUVs. The Corsair is Lincoln’s replacement for its small SUV, the MKC. The 2020 Corsair comes standard with a 2.0-liter turbocharged four-cylinder with 250 horsepower or a 2.3-liter turbocharged four-cylinder with 280 horsepower. Pricing for the Corsair has not been released yet, but it is expected to start around $35,000.

Genesis took this New York Auto Show to unveil another stunning concept car, called the Mint. This small, two-seater electric vehicle, painted an appropriate shade of light green, is what Genesis believes to be the future of urban travelling. Although it is just a concept, Genesis says that the Mint is capable of driving 200 miles on a single charge of its batteries.

Hyundai took the wraps off of its smallest SUV yet, the Venue. This boxy-but-cute SUV slots below Hyundai’s subcompact SUV, the Kona. Powering the Venue is a 1.6-liter four-cylinder engine. Although Hyundai hasn’t released any performance numbers for the Venue, it is rumored to use the same powertrain that is currently in the Hyundai Accent, which makes 130 horsepower. Pricing hasn’t been released either, but a starting price of well below $20,000 is to be expected.

Mazda unveiled a new engine in New York this year, their Skyactiv-D Diesel engine. Despite the negative publicity regarding diesel engines in the United States, Mazda has gotten enough interest from its customers and will be releasing the Skyactiv-D engine in their CX-5 compact SUV. The 2.2-liter turbocharged diesel engine will produce 168 horsepower and 290 pound-feet of torque. Pricing for the CX-5 Diesel will not be cheap, as the engine will only be available on Signature models equipped with all-wheel-drive, which has an MSRP of $41,000.

In an effort to shed the stigma of small cars and SUVs as unsafe, Honda presented a 2019 Honda HR-V that was used in a crash test by the Insurance Institute for Highway Safety. The IIHS gave it a “Good” rating, and the National Highway Traffic and Safety Administration gave it a five-star rating.

"By having a crashed HR-V on display at the New York Auto Show, media and consumers will be able to see first-hand how the HR-V performed in the IIHS test, with dramatic, real-world visuals to showcase our safety rating leadership and our commitment to Safety for Everyone," said Henio Arcangeli Jr., senior vice president of car sales for America Honda Motor Company.

SUVs and trucks are the hottest body styles in the automotive industry, outnumbering sedan sales 2-to-1 in 2018.

With SUVs getting more efficient, and more practical, the days of traditional cars are numbered. Several manufacturers are shifting their focus towards electrification and self-driving technology, which will make the vehicles of tomorrow not only more environmentally friendly, but safer as well.