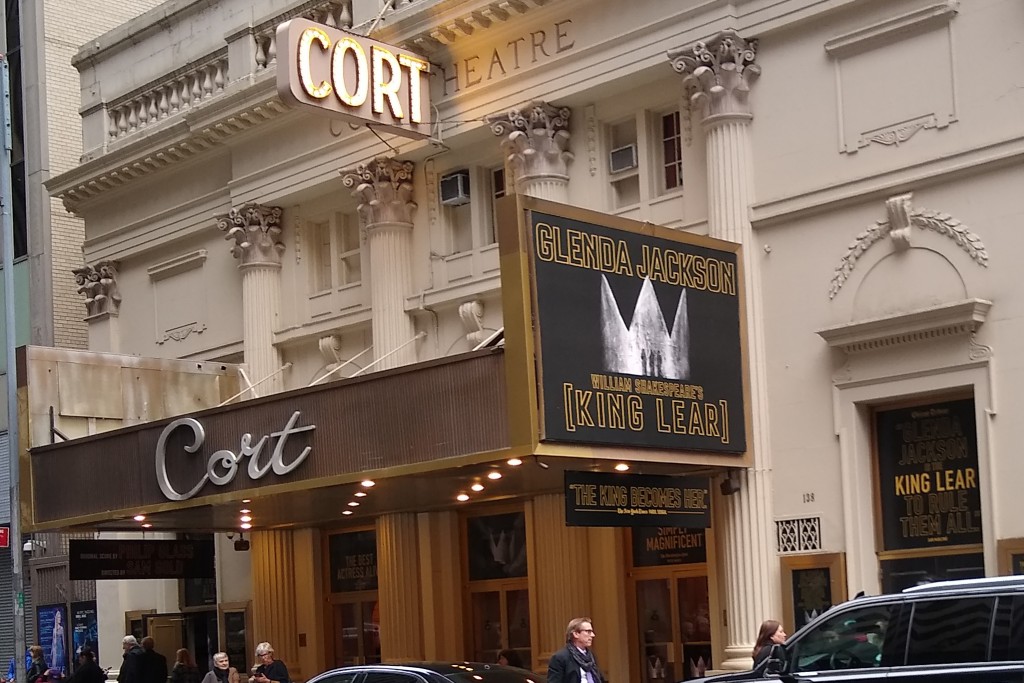 “King Lear” is one of Shakespeare’s most famous tragedies. Even though a new production with a new king debuts almost yearly, the play remains evergreen, with audiences flocking to almost each new rendition. This year, Broadway is offering a special treat, because the king has become a woman.

Directed by Sam Gold, who already has a few Shakespeare productions under his belt, and starring Glenda Jackson as King Lear, this new “King Lear” will hold everybody’s attention, if not by its eccentric direction, then by the marvelous acting it features.

Glenda Jackson, an actress and a politician, delivers a mind-blowingly perfect performance as the king spiraling into insanity. While every word and emotion she conveys is rehearsed meticulously, her portrayal seems perfectly natural and believable.

Jackson is joined by some very fine actors and actresses on stage, but she absolutely commands every scene she is in. It is almost unfair to compare her with anybody else in the cast, and words cannot convey the greatness of her performance. The energy, power and emotion she delivers at the age of 82 must cause envy in any aspiring or established actor.

Ruth Wilson, who plays both Lear’s youngest daughter Cordelia and his fool (a jester), offers an impeccable performance as both characters. She stands toe-to-toe with Jackson in every scene they share, and that is no small feat to achieve.

Other notable performances include Jayne Houdyshell and Pedro Pascal, as the Earl of Gloucester and Edmund.

Houdyshell hits the ground running from the first second of the play, and as her characters evolves and become more tragic, her performance becomes even better and more harrowing.

Pascal, of “Game of Thrones” and “Narcos” fame, gives charm and humor to the slimy character of Edmund, and makes the sometimes-meandering subplot more-than-usually exciting and engaging to witness.

The production also includes a number of deaf characters who use sign language to communicate. The effect landed well for the most part, although the clarity of the conversations was sometimes lost, making the story more difficult to follow.

The production value seems contained, with a beautiful set but minimal effects. There are a few gunshots, and an incredible thunderstorm effect that last for almost half an hour, using a metallic and loud curtain, as well as a masterfully programmed lightshow that creates an incredibly believable effect of lightning and thunder.

Another great, but sadly underused addition, was a four-person band on violas that followed the characters and the plot during the most important scenes.

The score was composed by Philip Glass, who creates a beautiful atmosphere with his new music, but the implementation of it sometimes feels slightly clunky. The actors looked as if they were fighting with the music during certain scenes, and a few integral points in the story felt underwhelming because they were void of music.

The play runs for almost three and a half hours, and even though there are quite a few cuts compared to the original text, it still feels too cumbersome at a few points.

As soon as the audience starts to get lulled into another monologue-heavy scene, the direction throws something new at the fourth wall, and it almost always sticks.

I left the Cort Theatre satisfied and fulfilled, even though the play has some pacing issues and a few questionable acting choices. Glenda Jackson and the rest of the company awarded us with an emotional and powerful experience.