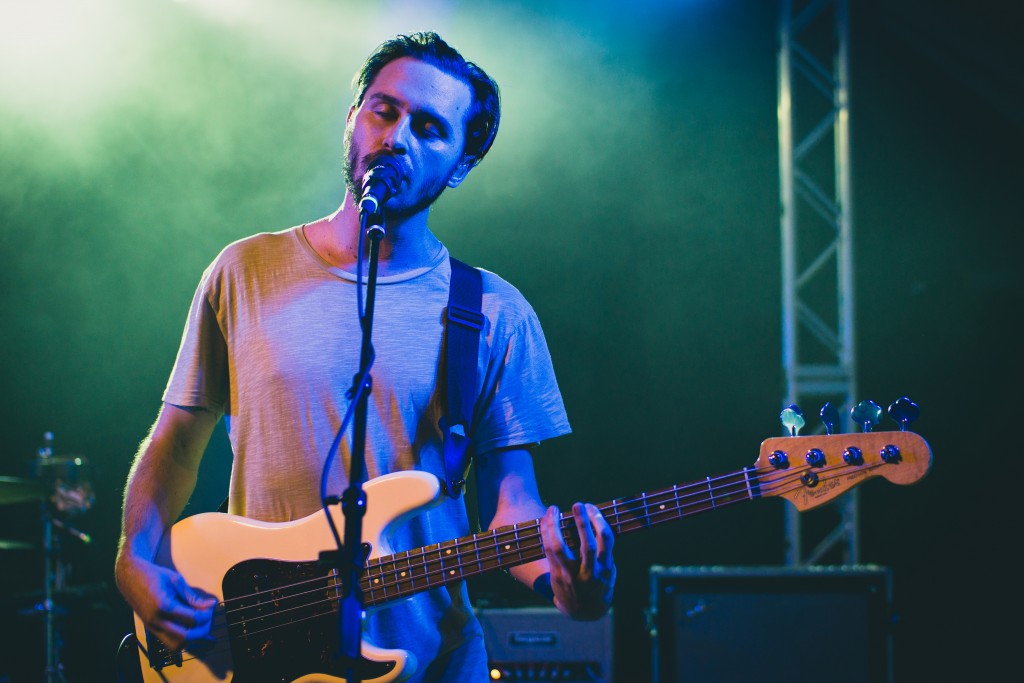 Local Natives’ previous album, “Sunlit Youth” marked the band’s transition into a breezier and more buoyant style of indie pop. During the recording of “Sunlit Youth,” the band traveled as far as Nicaragua in an effort to refresh their sound, but on “Violet Street” the Los Angeles natives decided to record close to home at Shawn Everett’s studio in downtown L.A.

With Everett’s help, the fivesome continued to ride the wave of synth-driven instrumentals and metallic drum beats, but they also returned to more acoustic means of production on this album.

“Someday Now” shows how seamlessly the band was able to pair a busy, churning electronic drum groove with a crunchy, melodic mandolin part. Remnants of their stripped-down debut album “Gorilla Manor” can be heard during the soothing three-part harmonies in “Café Amarillo.”

“Garden of Elysian” shows off lead vocalist Taylor Rice’s knack for crafting nostalgic narratives: “'Cause she said, ‘When do you think we'll stop feeling like children? / ‘Cause the last time I asked my mom she said she still did’ / As we pass, the cell towers disguise like palm trees / She laid out across my lap and we kept driving.”

The band opted to record this song without a beat-keeping metronome, instilling a wistfully natural sway to the beat, allowing it to drag and push forward at different points. Meanwhile, on the other side of the rhythmic spectrum, both “Megaton Mile” and “When Am I Gonna Lose You” incorporate unrelenting, calculated drum beats.

This album is an experimental feat in and of itself, with band members taking inspiration from studio visionaries like Brian Eno, who produced many of the Talking Heads’ most frenetic albums.

In an interview with Billboard, vocalist Taylor Rice said, "We set up this microphone in the middle of the room and we all ran around it screaming and banging on drums and random things…and we really got carried away with it and went crazy and everyone was laughing in a heap on the floor at the end. It was this ridiculous moment."

This crazed collaboration became the sonic tapestry for the album’s opening song, “Vogue.” Innovative recording techniques helped to cultivate a studio environment where the band was open and responsive to trying new styles and instrumentations.

The only major criticism concerning “Violet Street” is the lack of a consistent synth and percussive sound timbre all throughout. Compared to “Sunlit Youth,” where each track breezes into the next, the cuts on “Violet Street” stand out more on their own than they do in creating a cohesive soundscape.

However, continuity was probably the least of Local Native's concerns when experimenting with unconventional sounds and sparking creativity in their discography.