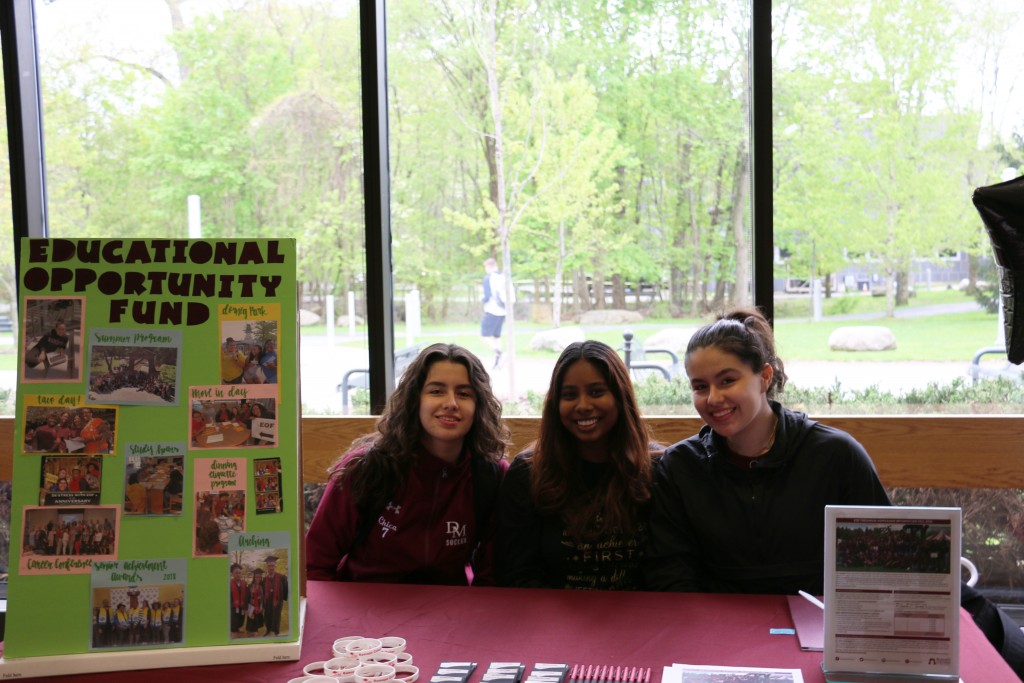 The bad weather this week did not prevent the celebration of Higher Education Day at Ramapo College this past Tuesday. As a day dedicated to highlighting the importance of accessibility to postsecondary education, the event brought together the administration, student speakers and several campus resources to raise awareness of what the College is doing for this pertinent issue.

The event was transformed from previous semesters’ celebrations of Higher Education Week, this time streamlining the festivities into a single day. It was hosted by student trustee Karen Aguirre and alternate student trustee Mariella Zijdel, who chair the College Advocates Supporting Higher education (CASH) committee, created them to “advocate for higher education issues,” according to Zijdel.

“So much conversation has been happening about making college free for students. That’s why we wanted to talk about how different students… have managed affording college and how accessibility played into their choosing Ramapo,” said Zijdel, a sophomore.

A main feature of Higher Education Day was the Educational Opportunity Fund (EOF) program at Ramapo, which recently celebrated 50 years since its founding in the state of New Jersey. It was established in 1968 by legislator Thomas Kean in order to address the gap in access to higher education for students with academic and economic disadvantages.

Student representatives of Ramapo’s EOF program hosted an informational table to showcase the impact the program has by serving low-income, first generation college students and providing additional support. The table showed photos of the various activities and programs offered, and students explained the different ways EOF fosters success, including through advising, peer mentorship and leadership experiences.

“Ramapo and EOF have a unique relationship because they were both founded around the same year,” said trustee Aguirre, who is a third-year student but is graduating early.

She continued, “Because EOF, especially for New Jersey, has made education accessible for students of low-income backgrounds, it was important for us to include them as part of this program because they are part of New Jersey’s history in higher education.”

President Peter Mercer addressed the crowd later in the event and touched upon how access and affordability are two united concepts in higher education. He pointed to the EOF program as “a shining example of how [these] come together and generate a highly positive result in a very economical way.”

Student speaker Christian Cifuentes, a sophomore and student men’s outreach coordinator for the Women’s Center, explained that he was eligible, but not able to participate in the EOF program this year. Instead, he spoke about some methods that students resort to in order to save money while in college, like holding a job and cooking rather than buying a meal plan. He hopes to transfer into the EOF program next year.

In his speech, President Mercer also spoke about the fact that governmental financial support has gone down significantly in the last quarter-century, specifically amounting to $25 million unadjusted for inflation, while tuition and fees have greatly increased.

To remedy this, New Jersey offers Tuition Aid Grants. However, as Dr. Mercer pointed out, these public grants are awarded to both public and private college students, so although you may receive a greater scholarship from an expensive private institution, “what you in fact received was a discount against tuition and fees.”

The president emphasized student awareness of these grants as well as differential amounts of debt accrued, which some students may be misled about. The current total student debt in the U.S. exceeds $1.1 trillion and is second highest consumer debt after what is owed for mortgages.

Dr. Mercer explained, however, that most of that debt is from students at private vocational colleges who cannot find employment, and not from students at 4-year institutions. Ramapo students who graduate with student debt have an average of $28,000. “It’s not a small number and I don’t slight it, but it’s nothing compared to what people will have you believe,” he stated.

In addition to the EOF table, the event included a table from the office of financial aid to spread information about the scholarship opportunities and financial assistance available to students. The Women’s Center also offered a table promote their services including free contraception and pregnancy tests among other things, and how they can assist students through support for identity development.

“Everyone is here to help students out and to let students know they have opportunities to be able to pay for college,” said sophomore Reshma Vincent, a student representing EOF.