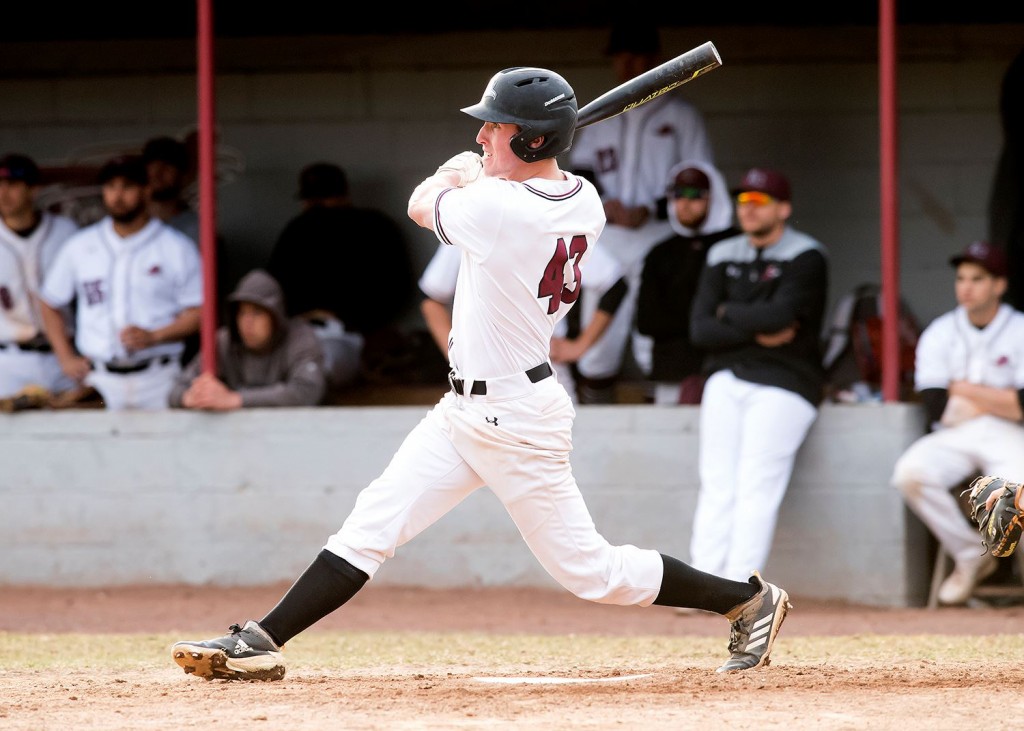 The Ramapo College men’s baseball team fell to The College of New Jersey, 9-2, in the first round of the 2019 NJAC Championship Tournament on Tuesday, April 30. Despite Ramapo’s loss to the No. 4 seeded Lions of TCNJ, they still have one more shot at redemption, since it is a double-elimination tournament.

The No. 3-seeded Roadrunners will still advance to the next round with a record of 23-13 overall. The Lions earned the first run of the game, scoring in the top of the first inning. Ramapo quickly tied it up with their first at bat from freshman Philip Mahlik, who shot the ball to right field and was able to record a triple.

Mahlik stood at third when sophomore Anthony Kuzmenko stepped up to the plate, flied out to left field and assisted in scoring Mahlik with the first Roadrunner RBI of the game. The score was tied 1-1 headed into the second inning.

The second inning proved tough for Ramapo, as the Lions were able to steal two runs off of a throwing error. TCNJ scored two additional runs by solid hits and RBI’s. Unfortunately, the Roadrunners were not able to break the lead at all during their batting time, so the score stood at 5-1 with seven innings still left in the game.

The pitching staff substituted Kevin Stewart for Kyle Haag in the top of the third inning, but TCNJ still recorded a sixth run off a single to right center field.

No runs were scored by either team in the fourth and fifth innings of the ball game.

It wasn’t until the bottom of the sixth inning that the game picked up again. With two outs on the board, senior Liam Duffy nailed a single to left field early in the inning, and then stole second.

Junior Vincent Timpanelli got walked, leaving two men on first and second just as junior Kyle Buser stepped up to the plate. He also hit a single down the right field line, allowing Duffy to cross home plate, and advancing Timpanelli to third. The third out ended Ramapo’s mini momentum streak, and the inning closed with a score of 6-2.

The Lions tacked on three more runs to their lead in the top of the seventh inning, and Ramapo would not be able to catch up. Even with home-field advantage, Ramapo wasn’t able to minimize the deficit for the rest of the game.

The final two innings lacked action, and the score stood at 9-2 for the remainder game.

Buser proved to be the team leader, going 2-3 at the plate along with one RBI. Mahlik also had a good game, batting 2-4 with one run scored.

On the mound, Stewart pitched 2.1 innings, where he gave up six runs and scattered six hits. However, he did strike out four batters but still took the loss for the Roadrunners.

Haag went three in a few statistical categories – he struck out three, but also gave up three hits and three runs of the 14 batters he faced.

Junior Jeff Millet closed on the mound for Ramapo, working three innings and recording five strikeouts, while only allowing one hit.

As mentioned, the Roadrunners still have a chance in the NJAC Championship Tournament. In their next game on Friday May 3, Ramapo’s men’s baseball team will travel to Kean University where they will face No. 6 Rutgers-Newark in Game 5 of the tournament. The first pitch is scheduled to be thrown at 3:30 p.m.