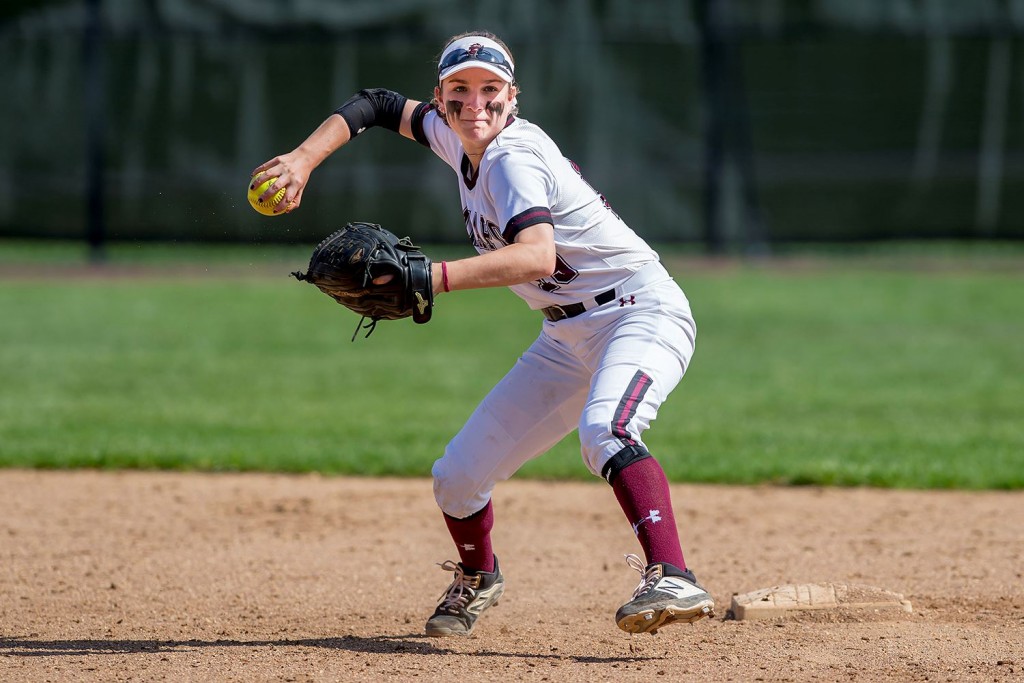 The Roadrunners appeared to be flat on their technique during this game since there was no action pursued in the first two innings. With two outs at the bottom of the third inning, Kean Cougar Julie Raba walked. Due to a throwing error, Jacqueline Raba moved to third and later scored on another walk with bases loaded, resulting in a 1-0 lead.

It was at the bottom of the fourth when Cougar Katie Debbie hit a strong single to right field, moving to second due to a pass ball, before being lifted for pinch runner Grace Cofino. Soon after, Caroline Ratti was hit by a pitch which put runners on first and second with one out. A single from Olivia Zengel loaded the bases for Kean, and a walk worked by Raba pushed the score another run in Kean’s favor, 2-0. Ramapo starting pitcher Erin Fitzsimmons also managed two strikeouts over the first four innings.

In the bottom the fifth inning, Kean batter Cayleen Rizzo extended the Cougars lead to 3-0 with a powerful home run hit over the left field wall. This inning also featured Kean’s final score when Ratti hit a single, which allowed Samantha Krakower to score, bringing the score to 4-0.

Fitzsimmons’ 13-9 record received elevation and downfall due to this game. She managed to strike out four batters throughout her time in the game, while also walking four and permitting six hits. Fitzsimmons surrendered four runs during her time on the mound, with three of them being earned.

Sophomore pitcher Jessica Becchetti was on the mound for the seventh time as a Roadrunner during the fifth inning as she pitched the final two innings of the game. She yielded just one hit and walked one.