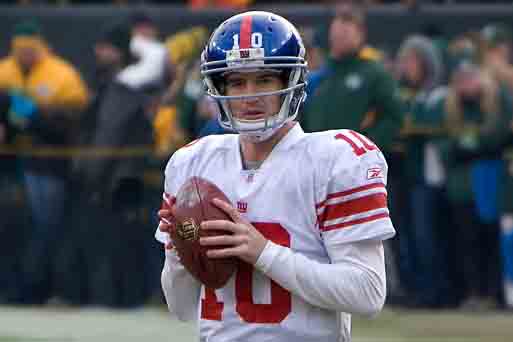 After nearly 15 years, the NY Giants have a new starting quarterback.

Rookie Daniel Jones replaced Eli Manning on Sunday, delivering a come-from-behind win that got the Giants into the win column for the first time this season.

Manning, a two-time Super Bowl winner and MVP title holder, has been with the Giants since his rookie season in 2004. Since the 10th game that season, with only one exception, Manning has started every game with the Giants.

However, this year the New York Giants were looking for a quarterback, and used their sixth overall draft pick on Daniel Jones. During preseason, Jones made himself known; he managed to complete 29 of 34 passes in a total of 416 yds, and he scored two touchdowns. This gave him a quarterback rating of 137.2.

The team announced that Jones would be starting the game in Tampa Bay to play the Buccaneers last Tuesday. The Los Angeles Times reported that coach Pat Shurmer talked to Eli Manning Tuesday morning.

“Eli and I spoke this morning,” he said to the Times. “I told him that we are making a change and going with Daniel as the starter. I also talked to Daniel. Eli was obviously disappointed, as you would expect, but he said he would be what he has always been, a good teammate, and continue to prepare to help this team win games. Daniel understands the challenge at hand, and he will be ready to play on Sunday.”

Many fans are devastated at the benching of their superstar quarterback, believing that Shurmer dislikes Manning and that this was done out of spite. Shurmer told the Times that these accusations are far from true.

“I have said it since I got here: I am very fond of Eli,” Shurmer promises. “His work ethic, his preparation, his football intelligence. All those attributes are as good as I have ever seen in a player. And Eli worked as hard as you could ask of anybody to get ready for this season. This move is more about Daniel moving forward than about Eli.”

This is Shurmer’s second year as a coach for the New York Giants.

The 22-year-old Daniel Jones from Duke University currently holds 353 yds and two touchdowns during this 2019 season over the course of one game. The 38-year-old Eli Manning in two games had 556 yds, two touchdowns, and two interceptions.

The New York Giants currently hold a 1-2 record overall, placing in the second position in the NFC East. They will be playing the Redskins at MetLife Stadium on Sunday and Jones is expected to start.