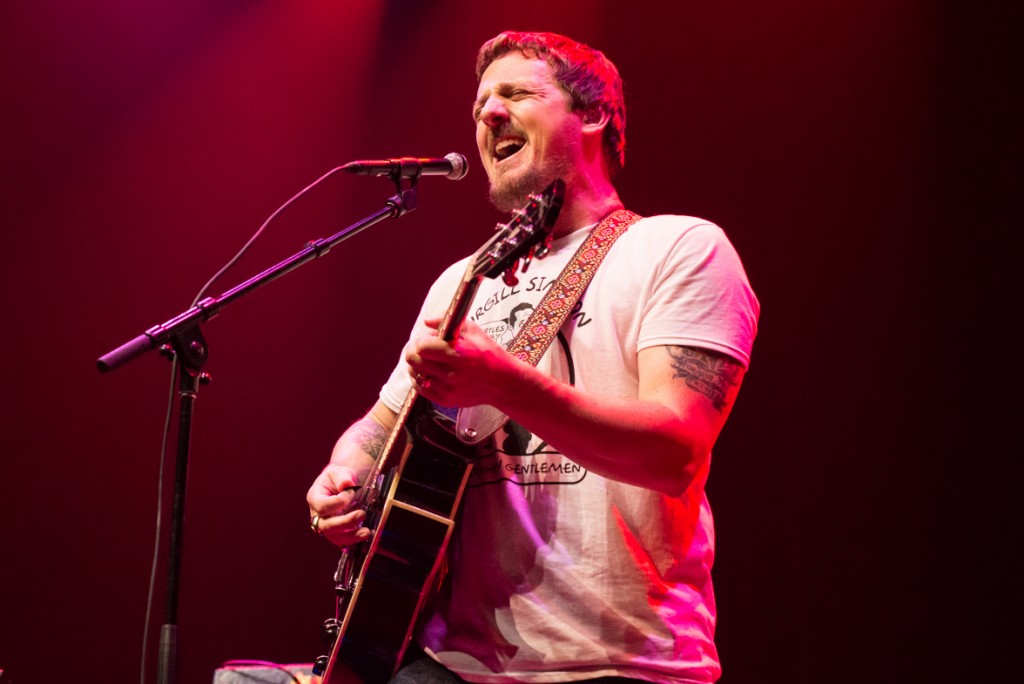 Creating a movie that is based off a music album is not an original idea to the film industry. Pink Floyd’s “The Wall,” Daft Punk’s “Interstellar 5555: The 5tory of the 5ecret 5tar 5ystem” and The Beatles’ “Sgt. Pepper's Lonely Hearts Club Band” are just some of the examples of movies centered around musicians’ work. The latest addition to this collection is Sturgill Simpson’s “Sound and Fury.”

Released on Sept. 27, the project, which is described by Netflix as an “anime visual album,” is said to focus on a showdown between a samurai warrior and two opponents that wronged her in some way.

At a runtime of 41 minutes, the short film tells this story using various set pieces, each of which has a very distinct animation style from the others and an intense song backing each one. The music itself sounds like a mix between rock and country music, which does a good job of being memorable after the credits have rolled. However, if one is not a fan of either genre, this may not be the most recommendable movie to watch.

As for the film itself, it has both positives and negatives to it. Each individual sequence of the film looks beautiful, and as previously mentioned, no two sections of the film look the same. Additionally, since the movie focuses on Simpson’s music, there is no spoken dialogue throughout the film, relying solely on visual storytelling, which for the most part, the movie succeeds in.

Unfortunately, there are other times where the narrative seems to be lost, and there are one or two sequences where they feel either very loosely connected to the main story, or not at all. The music backing these moments still make these moments fun, but it makes these moments jarring compared to the other parts of the movie, making some viewers wonder why they were even in the film to begin with.

Arguably, the biggest criticism that can be made about this project is that while the music and movie are both great products in their own ways, they are not exactly the most memorable of experiences one can have. While watching it, the viewer may find themselves fully engrossed in the flashy visuals and the loud music of “Sound and Fury.”

However, it feels like these surface-value aspects of the project are all it has to offer. Viewers will not find themselves regarding it as an extremely powerful or profound experience, but for some, that may not be what they are looking for.

“Sound and Fury” is an interesting product, in that it feels like a work that is meant to provide momentary entertainment and nothing else. It does have a good soundtrack behind it, and for that Sturgill Simpson deserves credit. The movie stumbles with how its story is constructed and how it seems to lack any truly memorable moments during its brief runtime.

People looking for something quick to watch that is full of intensity will most likely find themselves pleased with this film. As for everyone else, “Sound and Fury” stands as an average experience that, while providing a fun time with a mostly coherent story to follow, does not leave viewers thinking over its contents long after the credits roll.