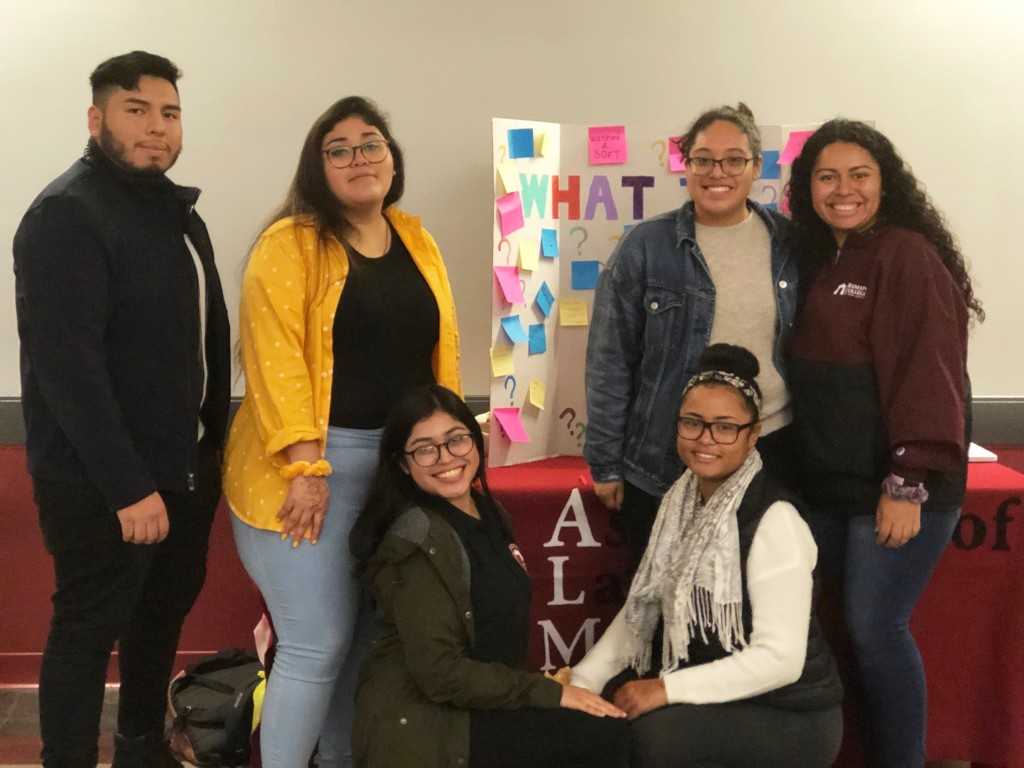 Loud upbeat music echoed through Friends Hall as the sisters of Chi Upsilon Sigma National Latin Sorority hosted their annual Love is in the Hair event.

Tables throughout the room held goodies for participants, such as free hair products and tickets for a raffle to win a basket of several different hair products catered toward both men and women.

The room was crowded with students break dancing in the middle of the floor or standing off to the side laughing with their friends, creating their own DIY hair mask.

Other activities included DIY hair oil, how to tie a hair scarf, informationals regarding the benefits of scrunchies, a Q&A panel and free haircuts. Yet, one of the favorite tables was the freshly made empanadas, giving off their delicious aroma.

“Our concept was to unify,” said Johanne Baez, who was a new sister in the sorority and working the event for the first time. “Just be happy with the hair you have, embrace it and own it,” she said with a smile.

“Love is in the Hair" is an event that was created for people to embrace their natural hair and learn how to maintain [it],” said Rosa Crudup, who was tabling and handing out free samples in small red gift bags.

The main goal of the sorority was accomplished, as students who left the event felt more confident to own their natural hair, whether curly, straight, long or short.

Chi Upsilon Sigma National Latin Sorority worked hard to plan the event and contact other organizations, like the barber and DJ Cueheat, to be part of something that students look forward to every year.

“This is the third year we have done it and everyone loves it,” said Marlin Marte who was sporting her sorority’s letters. “It is also very educational.”