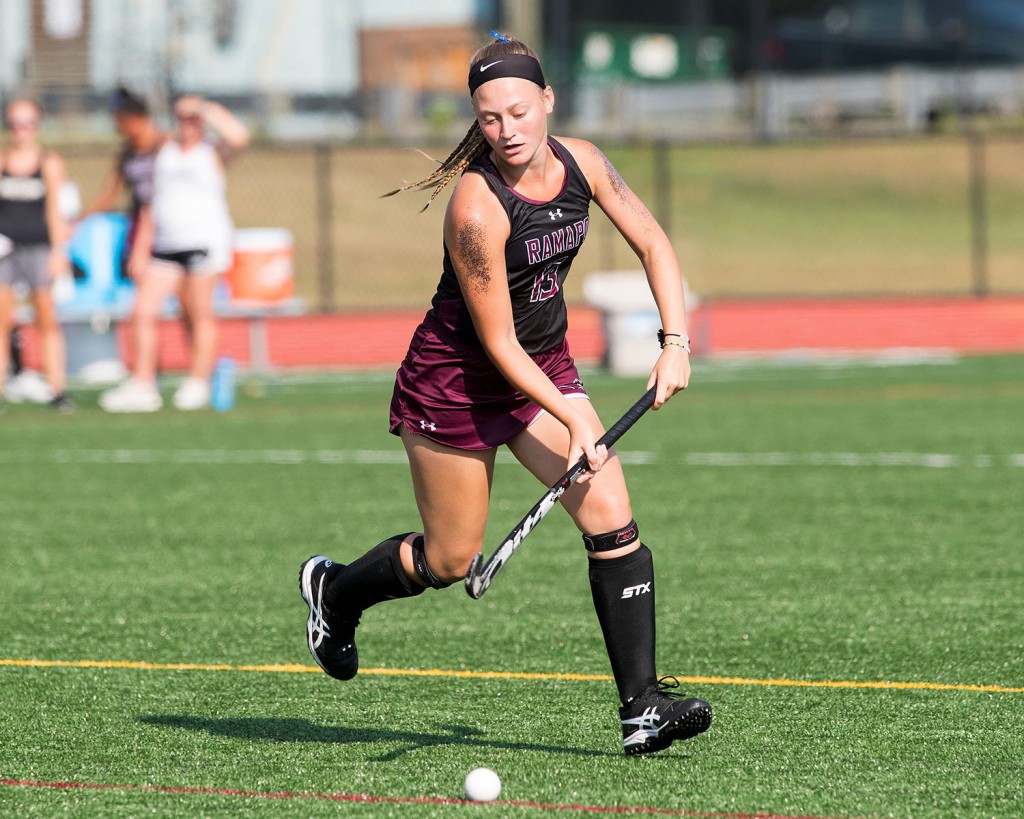 The Ramapo College field hockey team achieved a 6-2 win over Drew University on Wednesday afternoon’s home game. This brought the Roadrunners to an improved 5-8 overall while the Rangers fall, 2-11.

For the first time this season, the Roadrunners scored one goal in each period as five different members of the team successfully shot. In the first five minutes, Ramapo went up 1-0 when junior defense Victoria Ewanis scored a goal.

This was Ewanis’ second goal of the season, her first being a goal against Hood College on Sept. 8; a home game in which Ramapo sought victory, 6-0.

Sophomore forward Mariah Tovar posted her sixth goal of the season in the second period off a pass from sophomore midfielder Angela Oskierko. Tovar collected the goal in the 20th minute before Drew made it on the board in the 26th minute, cutting the Ramapo lead in half 2-1.

Sam Della Rovere, a freshman forward, gave the Roadrunners a 3-1 lead when she swept a pass from freshman forward midfielder Maggie Farrell and scored. This was Rovere's first goal of the game which was achieved in the 27th minute.

While freshman forward Victoria Docherty tallied two unassisted goals in the game, she posted her first in minute 35 to extend the Ramapo lead 4-1. This was before Oskierko tacked on the team's fifth goal of the game in the 45th minute for a 5-1 score.

Freshman forward Katie Yarussi accomplished her third assist of the season on Oskierko's goal. Yarussi’s other two assists took place at matches against Hood College and Delaware Valley University, both of which were winning games.

Ramapo led a 27-4 advantage in shots in the game while they posted 20-4 when regarding penalty corners. Drew goalie Joie Slossar collected 12 saves for the Rangers while junior goalkeeper Samantha Stolker posted two saves for the Roadrunners.

The Ramapo field hockey team will return to action on Wednesday, Oct. 16 when they host William Paterson University at 3:30 p.m on the Athletic Center turf. This will be the Roadrunners’ second NJAC tournament game of the season, and they currently stand at a 0-1 conference overall.