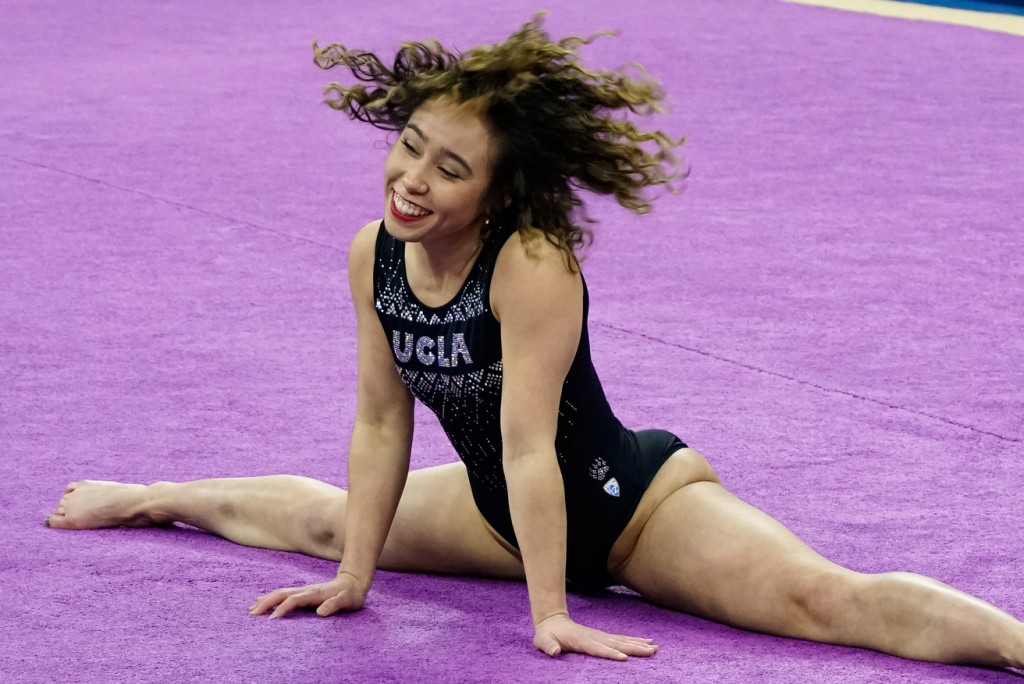 UCLA gymnast Katelyn Ohashi went viral last year when her final floor routine scored a perfect 10. Ohashi, who has been practicing gymnastics since she started to walk, never expected something like this to happen to her.

Her video was seen on all social media platforms; however, Ohashi was not allowed to earn any money from her viral video due to rules in the NCAA that prevents all college athletes from profiting off of their athletic abilities.

After the routine went viral, she began to be recognized by complete strangers, all thanks to her extravagant floor routine.

“Oh my gosh, are you the perfect 10?” was a question that she heard from people everywhere she went following the debut of her video.

Over the past few years, opinions have changed about whether college athletes should be paid by the NCAA. College sports have grown immensely in the last few years. They racked in about $14 billion in revenue, with athletes seeing roughly $22,000 in the form of scholarships.

College athletes are a huge attraction for the public. Their superb skills have created dedicated fanbases that fill the stands at events, part of why the NCAA makes so much money.

Lynn Reaser of Point Loma University agrees with those who want college athletes to be paid.

“College athletics is no longer a program of amateurs,” Reaser said. “But big business.”

College football players, for example, are not allowed to make a profit from jerseys with their names on it, as it goes against the rules of the NCAA. However, their colleges are making money from them, which is absolutely unfair.

It’s infuriating that someone’s school can sell something with their name or face on it and receive no profit. College athletes dedicate their college careers to training and success, yet they are given nothing in return, besides a paycheck for tuition.

Having tuition paid for is a huge blessing to a lot of these athletes, but it’s not enough, especially if someone else is profiting off of their hard work.

Reaser also compared a college athlete’s skills to those of an artist.

Students involved in the arts can profit off of their talents, but an athlete who’s hard work is equivalent to an artist’s cannot be economically recognized.

There are so many college athletes out there who endlessly train in the years leading up to college in order to be the best throughout their four years in college. It is frustrating that these student-athletes cannot profit, even in the slightest, for their time and skills.

While a college athlete is growing up, they will most likely attend practices, camps and workouts, all activities that cost a lot of money for their families. Profiting from their skills while in college would be a great way for them to be paid back for the years of hard work that they have put into their sport.

College athletes make unimaginable sacrifices in their four years of college, all while obtaining a degree. It’s time that the public steps into the shoes of a college athlete and changed their mind about athletes profiting from their hard-earned work.