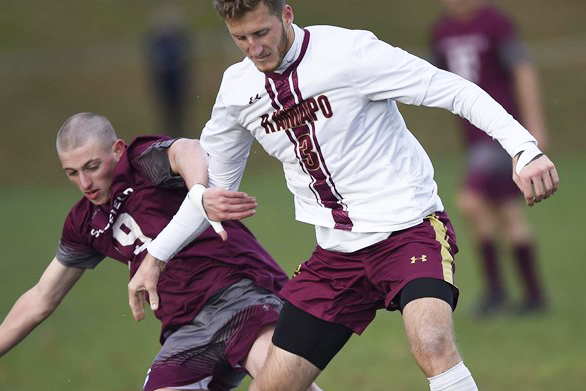 The Roadrunners controlled their lead from minute 27 to the end of the game. For the first goal, Senior midfielder Nick Petrozziello scored from a pass given by freshman midfielder Raul Macedo, bringing the score to 1-0.

The Scarlet Raptors brought the game to a tie 12 minutes later, marking the last goal of the half. By halftime, Rutgers-Camden held a lead in shots, 4-3.

Not much action occurred in the second half until 7:47 was all that remained in the game. That is when senior forward and team captain Joseph Fala received a long pass from freshman defense Mark Buckel. The Roadrunners then redeemed their lead, 2-1.

Just a few minutes later, right before the buzzer roared to signify a Ramapo victory, Fala scored yet another goal by a pass from Petrozziello, finalizing the score at 3-1.

Fala scoring two goals this game is a season-high for the captain.

Goalkeeper Joshua Shaffer gets the win to improve to 5-0-3 for this ongoing season thus far.

While the Roadrunners have traveled to and defeated Kean University on Wednesday, Oct. 23. Their next game will be a home game against Rowan University on Saturday, Oct. 26 at 1 p.m. on the Athletic Center Turf. Both of these games are NJAC tournament games.

This game will also mark the Roadrunners’ senior day, honoring senior players such as Joseph Fala and Nick Petrozziello, who especially shined in this last Rutgers-Camden match.