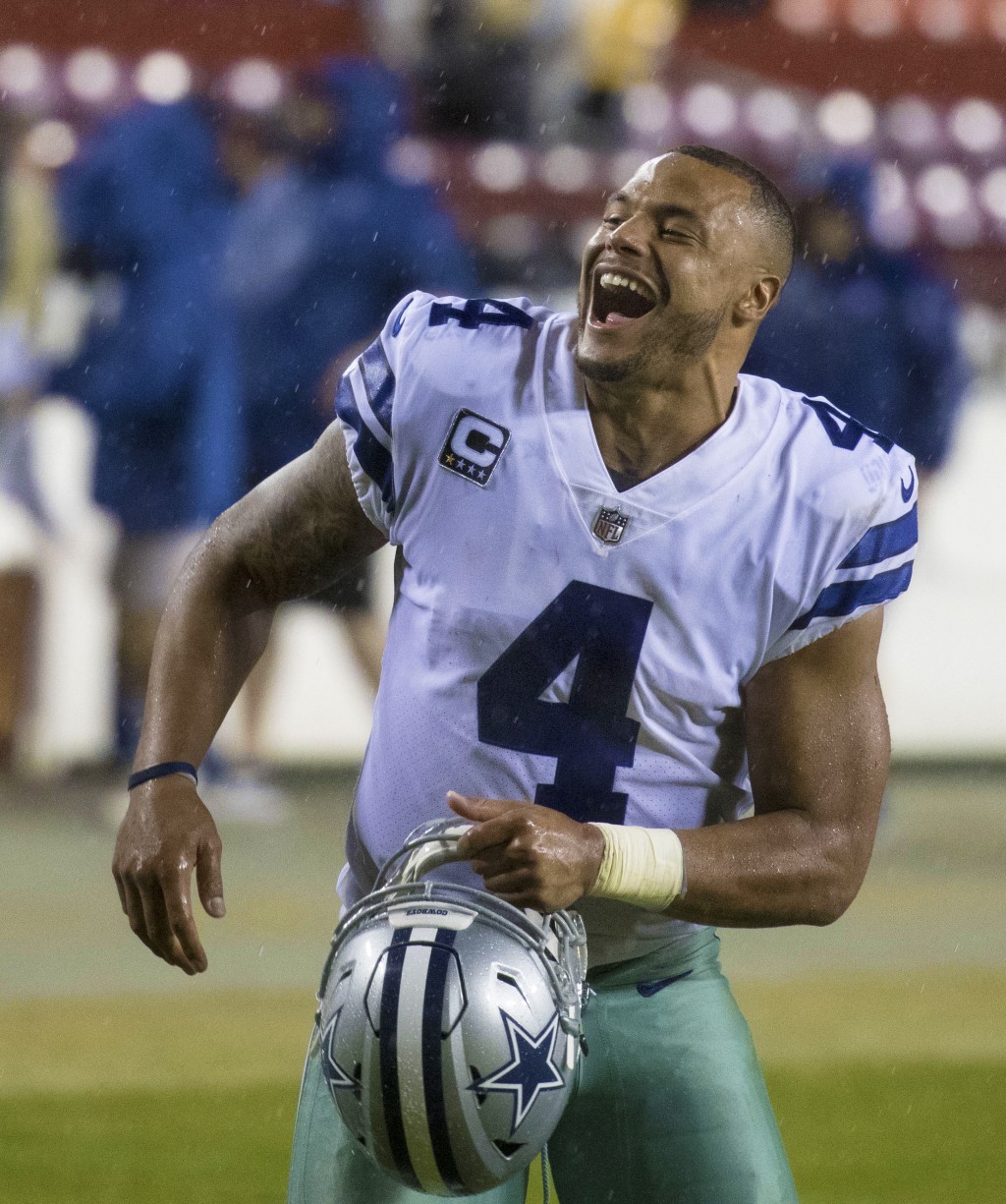 Dak Prescott threw for 257 yards and three touchdowns, assisting the Cowboys to further achieve their lead with 5-3 overall while bumping the Giants down to a 2-7 overall score.

At the start of the game, Prescott threw an interception on the first play of the game, and that resulted in a field goal by Giants kicker Aldrick Rosas. Dallas responded with a field goal of their own by kicker Brett Maher to tie the game at 3.

The Giants scored their first touchdown of the game on a 10-play 56-yard drive that included a spectacular catch by wide receiver Golden Tate on third and 14. Tate made the athletic grab at the Cowboys one-yard line. This setup a one-yard touchdown pass to Cody Lattimore.

Rosas missed the extra point, but he added another field goal before the Cowboys offense finally commenced.

Dallas scored the final 10 points of the first half to take a 13-12 lead. Dak Prescott found his tight end Blake Jarwin wide open down the sideline for a 42-yard touchdown.

While the Giants maintained a fight in the first half, that quickly changed as they lost their competitive nature after halftime. Giants quarterback Daniel Jones finished the game 26-41 passing with one touchdown, one interception, two fumbles and was sacked five times. New York was held to 5-16 on third down.

Prescott threw two touchdown passes for Dallas, one to Michael Gallup and another to star receiver Amari Cooper that ultimately sealed the game.

At the end of the game, a question remained: what’s next for both teams?

At 5-3 the Cowboys lead the NFC East Division and prepare for a showdown with the 6-3 Minnesota Vikings on Sunday night, Nov. 10.