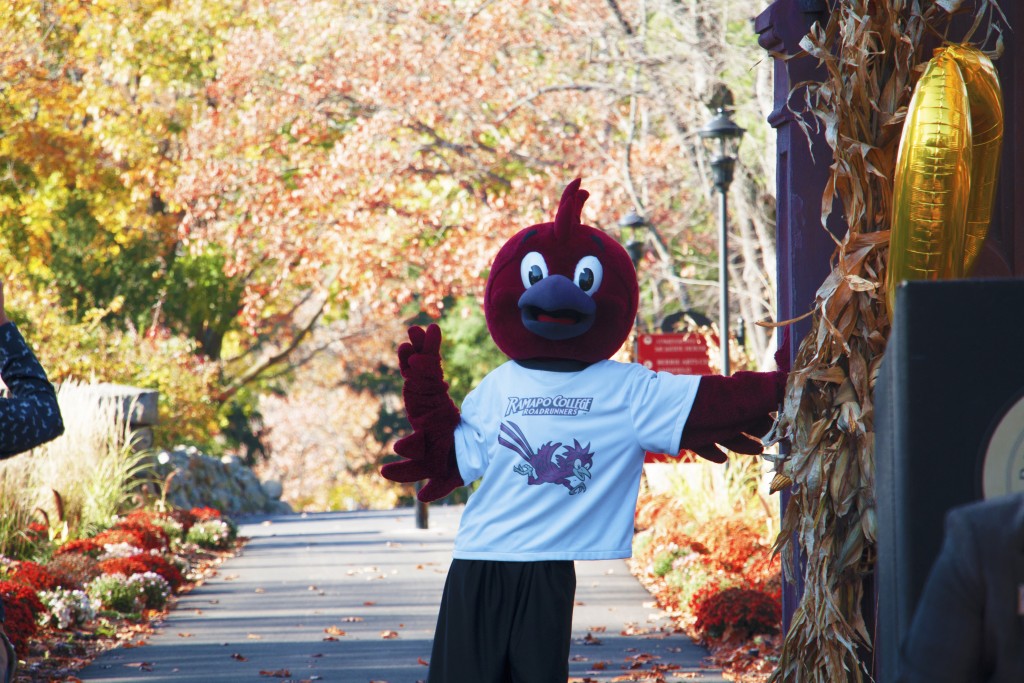 Students, faculty and trustees showed their school spirit at the Founders’ Day celebration that marked Ramapo’s 50th anniversary on Wednesday in the Grove. The annual celebration was complete with food, music, games and speeches from Student Government Association president Stephan Lally and President Mercer that reflected on Ramapo’s origins.

In his opening remarks, Stephan Lally thanked all of the campus organizations involved with Founders’ Day, including the SGA and Board of Trustees, and emphasized the value of the liberal arts education offered at Ramapo.

“In a society where honesty is an option, facts are hard to find and being educated is often dismissed as saying, “You’re an elitist or out of touch with society,” it is important to acknowledge why we’re here as an institution,” Lally said.

President Mercer addressed the crowd with a speech that referenced Ramapo’s past, present and ambitions for the future, such as a 50th anniversary time capsule will be buried in the Grove on the next Founders’ Day in 2020 and unveiled in 2045.

“This afternoon’s celebration is part of a year-long 50th anniversary,” Mercer said. “Fifty years later, the college has grown in both size and stature. It has not occurred without considerable effort and strategic planning.”

Throughout his speech, he referenced findings from “Dashboard 2021: A Visual Mapping of Outcomes and Indicators,” an analysis under the current strategic plan that examines Ramapo’s institutional effectiveness and progress.

Mercer highlighted Ramapo students’ graduation, retention and residency rates, as well as the curriculum’s continued emphasis on intercultural experiences. According to the “Dashboard,” Ramapo possesses a stable financial outlook due to strategic stewardship and fundraising efforts.

“Where we need to see greater traction on innovation is how can we give a Ramapo College education to more students despite a shrinking pool of potential applicants,” he said, referencing Ramapo’s increasingly competitive admission rates after the largest incoming freshman class of 1,597 students enrolled in fall 2019.

At the conclusion of Mercer’s speech, faculty members, trustees and SGA members gathered around Mercer to cut a sheet of cupcakes that were frosted with a maroon Arch.

“It’s really nice to be a part of it. It’s really cool to see the history,” said sophomore Sarah Possidei, who attended the event with the Peer Facilitators group. Possidei said she is already thinking about which Ramapo keepsakes she will put in the time capsule next year.

Shirts and hats customized for the 50th anniversary were distributed among attendees, as students ate food, socialized and played outdoor games in the grass.

“It really brings the community together because you’re celebrating Ramapo,” said junior Tenzin Kunsang. “It’s very rare that colleges have a special day. I think it’s great that we have that and people just come out, you see all the faculty members talking and go ‘Wow, what a knit-group’ honestly.”

“You also get to meet people here, like half the people who are here, I’ve never seen before which is pretty cool,” said junior Jane Chan, explaining how Founders’ Day gives students a special reason to hang out on campus.