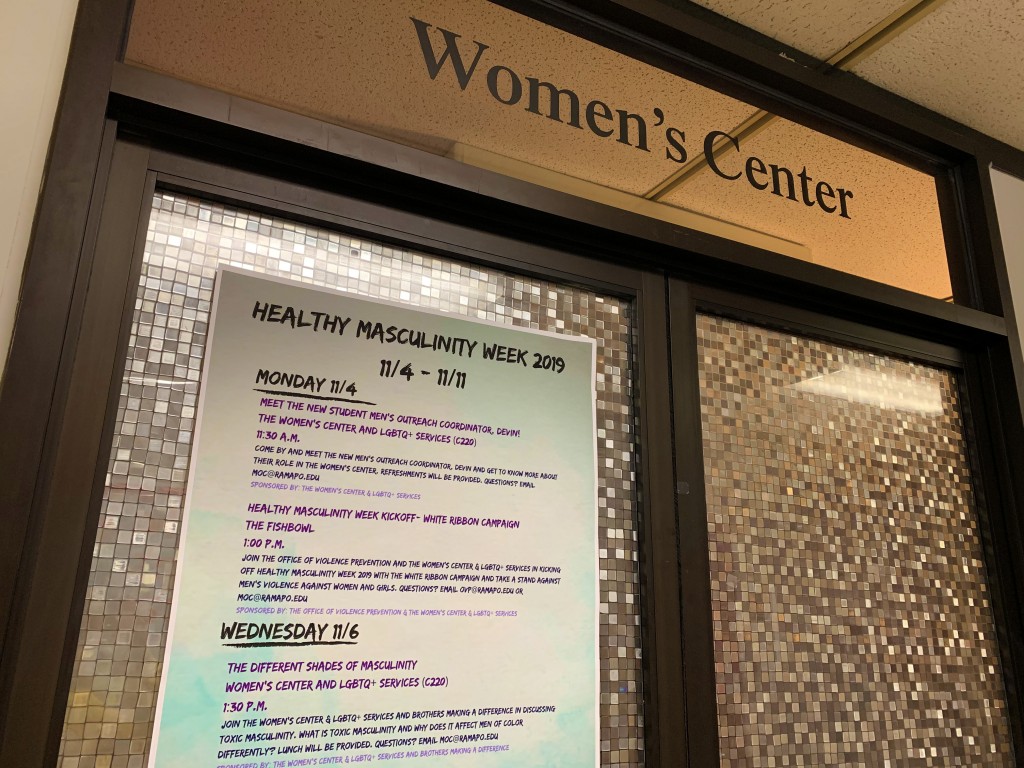 Healthy Masculinity Week is in full swing as the Women’s Center and LGBTQ+ Services, as well as Brothers Making a Difference, have hosted multiple themed events.

On Wednesday, both organizations hosted an event titled “The Different Shades of Masculinity” in the Women’s Center, and this event addressed two questions: what is toxic masculinity and why does it affect men of color differently?

Devin, the Women’s Center Student Men’s Outreach Coordinator, encouraged everyone to grab a slice of pizza as they walked in. Once everyone was seated, a series of videos were played involving the topic of toxic masculinity.

The first video presented was the trailer for “The Mask You Live In”, a documentary made by the same producers of the Netflix film “Miss Representation.” The topic of this film appeared to be the societal expectations of all men no matter the age, race, or sexuality, whereas “Miss Representation” focused on women.

Then, a video thoroughly explaining toxic masculinity was shown. The video explained that toxic masculinity refers to a subset of “masculine” behaviors that are used to harm others. These behaviors are not inherited, but taught by society and one’s environment. Toxic masculinity also connects to the sexual objectification of women, and it is closely linked to aggression, intimidation and violence.

The term is not a condemnation of men themselves or manhood and it is not definitive of what men are, but it is what some men do.

The conversation then changed to focus on toxic masculinity regarding people of color. A recorded panel was shown of young black men and women who were explaining “suck it up” culture.

Regarding this, one woman stated, “men are not allowed to have a place for their pain or shame.” All of the panelists agreed that we as a society need to create a space for men to comfortably express their pain.

After watching these videos, there was an open discussion on multiple topics, one of which was discussing the commonality of the phrase “men are trash.” Many of the people in the room agreed that the phrase is too casually used in today’s society. Women are being conditioned to say this in a joking manner, but overusing the statement normalizes its message.

Another topic that was discussed was how black men and women are commonly pinned against each other due to toxic masculinity. “The people that I trust and keep me going are black women,” a male participant in the room stated. “However, because of the toxic masculinity within my own race, I was trained to not find black women attractive. I was trained to have this bias and to become a bystander that enables misogynist behavior, and I am aware of how wrong that is now.”

The event opened many eyes in the room as the topic of societal standards of men correlating with race is rarely discussed. The final event to wrap up Healthy Masculinity Week will be held this Thursday, Nov. 7. The event is titled “Nacho Macho” run by the Women’s Center as well as the Office of Violence Prevention, and prizes will be given out to participants playing along to the planned Kahoot about masculinity.