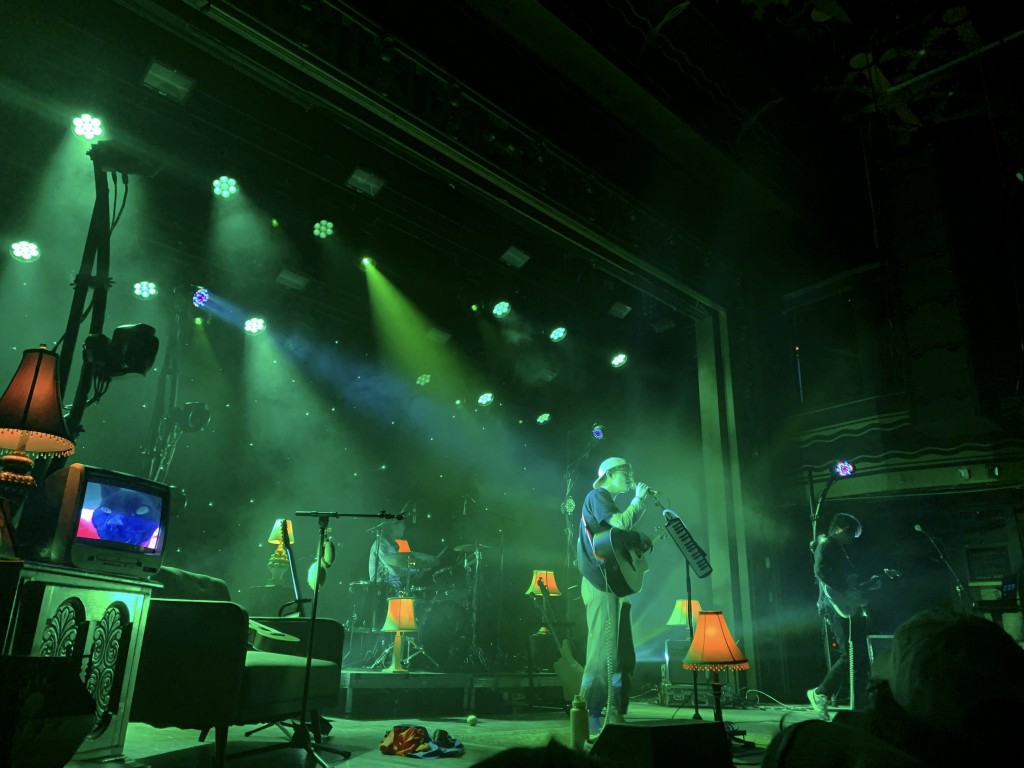 Robin Skinner, professionally known as Cavetown and informally as Robbie, finished his tour at Webster Hall on Nov. 8.

The openers, The Michelles and Chloe Moriondo, intrigued the audience with their unique yet appealing performances. Their own liveliness was reciprocated in the audience’s high energy, which, perhaps, could have made the closing show all the more memorable for both parties.

It was that mutual excitement and thrill that allowed both the audience members and performers to find commonplace. The shared adrenaline in the room intensified as the night continued, and, respectively, the anticipation for Cavetown’s performance had only heightened.

Although defining concert experiences as “magical” — or something to the same effect — is understood as a cliché that is arguably overstated, there truly was a sense of wholeness in the room. This may have also been influenced by the props — lamps, couch, home video, dated T.V. screen — used to recreate a familiar living room. This effect seems to also work as a strong reflection of Cavetown’s music, almost purposefully.

The beginning of his song, “Hug All Ur Friends,” carries a somewhat enchanting feel, which holds as a strong contender for opening a show, for it reinforced the welcoming environment. It would be assumed that he would follow this theme throughout, but it seemed that the songs he played were focused on growth and self-care.

This idea was highly emphasized, as he took time in between songs to preach for small acts of self-care that we may often overlook. For example, he spoke to the importance of hydration and ensured that the security guards were incessantly passing water bottles throughout the crowd.

For some songs, he took a moment to offer a short anecdote that explained his inspiration before performing. “Just Add Water” seemed to stand out as one of the many songs that carry an interesting backstory. Robbie wrote the lyrics while he was struggling with his conflicting feelings towards moving to America and, consequently, leaving his mother behind.

In the song, he stresses “Just add water, let me grow / Please forget me and be happy on your own / Just add water, let me go.” The water is depicted to be a catalyst for growth, yet there is an underlying hint of guilt woven into the lyrics, as well. Robbie used this song as an opportunity to remind his audience that we are to prioritize our needs, even if it is at the expense of others’ feelings.

As he continued to highlight this theme throughout the show, the experience seemed to come full circle with his final song, “Fool.” The ending music worked to assert that closure, and effectively revive his listeners to reality. However, the residue of the intimacy that was shared through storytelling and music prevails, for it is forever carried by the audience members.