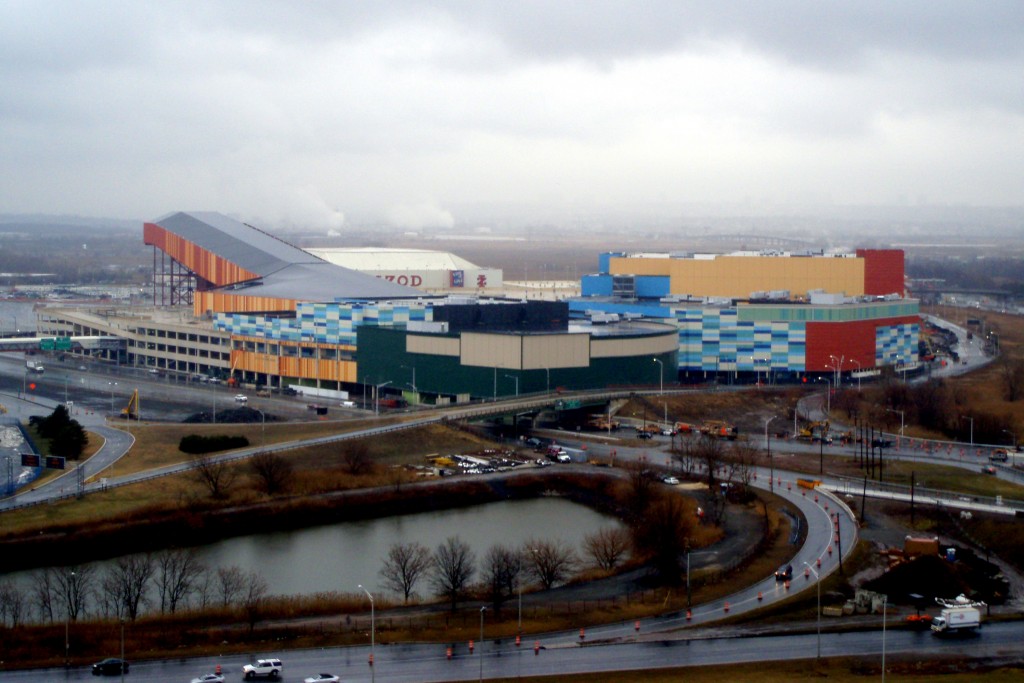 The American Dream Mall is a 15-year-plus project that has been plagued with delays, financial issues, legal challenges and even charges of bribery, fraud and racketeering. It has had an interesting transition from its early days to the state that it is currently operating at.

To begin with, the mall, which is located in East Rutherford’s Meadowlands Sports Complex, is currently only partially opened. The ice rink and theme park are open, and more parts will open over the next year as construction finishes. By the time it is all opened, it will be the largest mall by retail space in the country.

Final designs were chosen in 2003 with the Mills Corporation and Mack-Cali Realty Corporation working on the project, though challenges for the mall sprang up earlier before construction began.

When the location of the mall was changed to established land near the Meadowlands Stadiums, it allowed for construction that would be much less environmentally damaging over the original plans.

The project also faced political corruption. Joe Ferriero, former chairman of the Bergen County Democratic Organization, was found guilty of charges of corruption and bribery. He had extorted the Mills Corporation in a way that they would pay him money so that he would not use his political influence to impede the progress of construction.

Initial construction began in Mar. 2004, but the project quickly became bogged down by financial issues and delays.

The Mills Corporation handed over the majority of control to Colony Capital in a purchase of $500 million, though they stayed on board as a minor partner.

However, further delays arose due to the expansion of MetLife Stadium. Simultaneously there were issues of its appearance being described as an eyesore while discussed in the State Legislature. Following the financial crisis of 2008, the collapse of Lehman Brothers, the developer working on the project, caused the entire project to nearly collapse, as partners began pulling out and construction came to a grinding halt.

The project was surrendered to five lenders and a special commission was made for the Governor of New Jersey regarding how to go forward with the project. Eventually, the Three-Five Group, a group that operates several of America's largest malls, took over as the main partner of the project and eventually took full control.

The project faced several more challenges such as lawsuits from the New York Giants and Jets, a lack of funding that was solved via a loan with JPMorgan Chase after a bond program fell through and a tax relief program that coincided with the bond program.

Despite the many issues the project faced, the American Dream Mall is finally set to open. The DreamWorks Water Park will open on Nov. 27, the ski slope, Big Snow America, will open Dec. 5. The rest of the mall will open sometime in Mar. 2020, marking the completion of the long-time project.