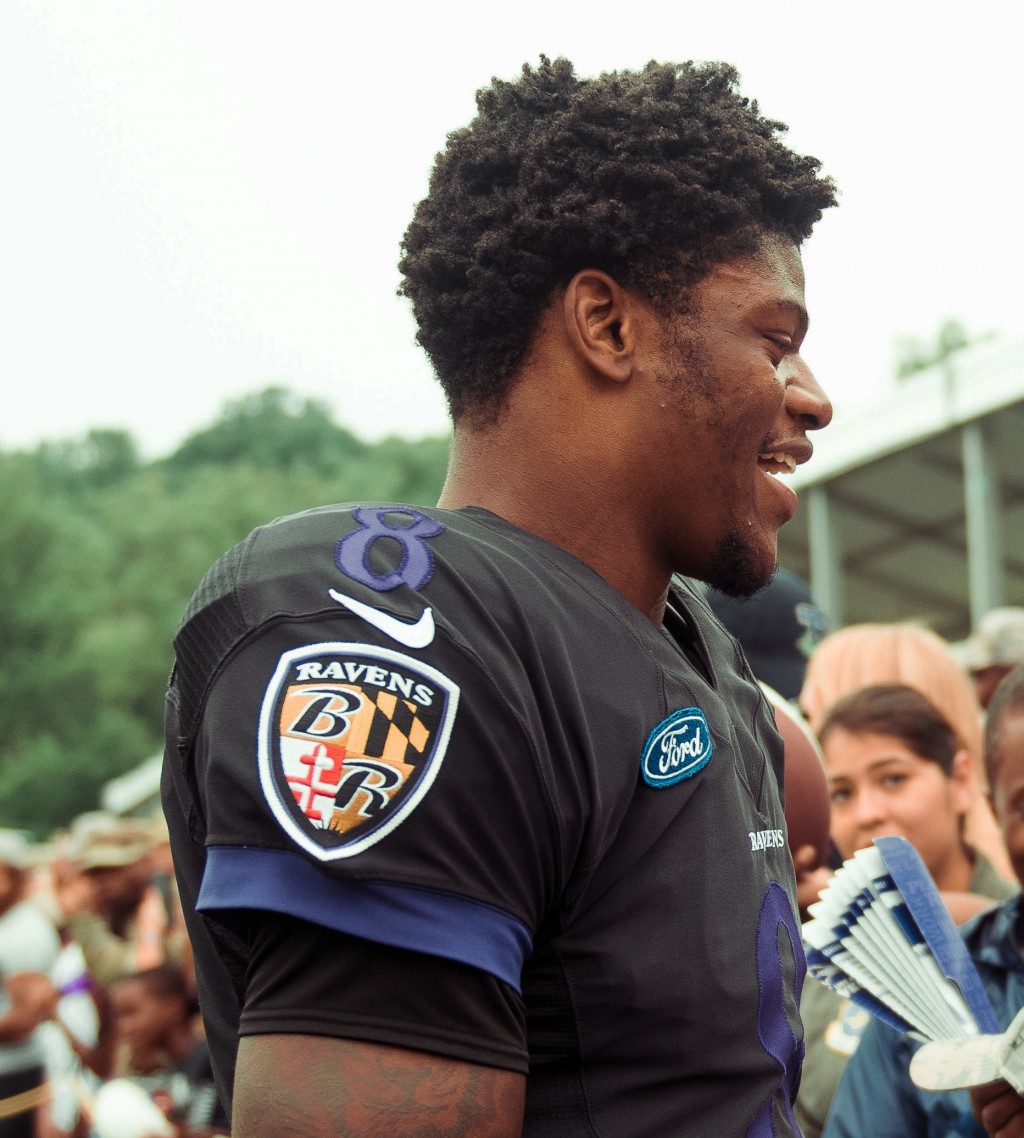 Baltimore Ravens fans chanted “We want Flacco” as rookie quarterback Lamar Jackson struggled to perform in his first ever playoff game last season. His coach stuck with Jackson, and his team lost that game to the Chargers, 23-17.

This made critics wonder if Jackson, known for his running ability in college than his pocket passing abilities, would have the proper skill set to be a future NFL franchise quarterback.

However, last season the Ravens released Joe Flacco. Flacco was drafted in 2008 and spent ten seasons with Baltimore. He led them to six playoff appearances and a Super Bowl XLVII win, while also being deemed the Super Bowl MVP.

Jackson was given the main set of keys to the car this season after Flacco left to sign with the Broncos.

Lamar Jackson was selected with the final pick out of 32 for the 2018 NFL Draft. He won the Heisman Trophy at Louisville in 2016, throwing 27 touchdowns and running 18.

Baltimore was projected to be the third ranked team in their own division, dealing with losses on the defensive side of the ball. With the unexpectedness of Jackson’s strength, they have defied the odds and currently sit at a 10-2 record.

The Ravens are arguably the strongest team in the NFL, and all of that starts with the head of the snake: Lamar Jackson’s stellar performance.

Jackson, the current MVP favorite with only four weeks to go, has engineered one of the most unstoppable offenses in the league. He has thrown for 25 touchdowns to only five interceptions, leading Baltimore to signature wins over Russell Wilson and the Seahawks, Tom Brady and the Patriots, the Texans, the Rams and the 49ers.

In a victory over last year’s NFC Champion Los Angeles Rams, Lamar Jackson threw for five touchdowns, causing Baltimore to jump out to a 28-6 halftime lead. The Ravens ended up destroying the Rams 45-6. Jackson also ran for 95 yards in a game against one of the top rush defenses in the league.

Jackson is currently a staggering ninth best in the league with 977 rushing yards, which is unheard of for a starting quarterback. He needs just 63 more yards this season to surpass Michael Vick, his childhood idol, and his mark set in 2006 for the most rushing yards by a quarterback.

He is expected to set this record by the next game, and Jackson is averaging 81.4 rushing yards per game. He is doing all of this in one season of play.

The 8-0 Patriots looked unstoppable and had the best defense in the league before they met Jackson. He threw one touchdown and ran for two in one of the most signature wins of the season. The Ravens won the game in blowout fashion, 37-20. Before that game, the Patriots defense had only allowed 7.6 points per game.

The league was put on notice, and Jackson’s skills were on full display.

Jackson apologized to his teammates after fumbling in an enormous matchup with the San Francisco 49ers last week, yet his team still won the game.

The Ravens have won eight straight games, the longest active streak in the NFL and they have done it in dominant fashion. They have not lost since late September.

With the Patriots losing to the Texans last week, the Ravens now control their own destiny for the #1 seed in the AFC with home field advantage through the playoffs. All they have to do is go 4-0 in their final four games and end the season with a 12-game winning streak. This could set up a potential rematch with the Patriots in January.

From there, a potential trip to the Super Bowl is on the line. No one thought Jackson would defy the odds against him so fast, but it is more than his on-field performance that tells the entire story.