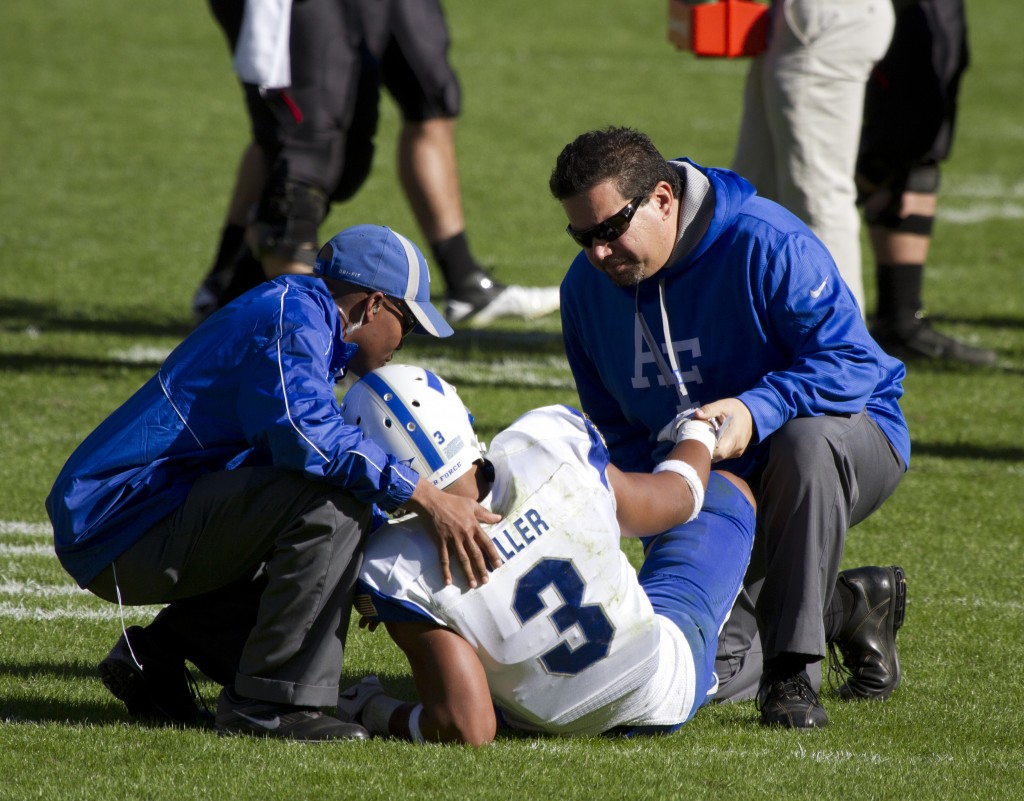 One of the biggest issues in sports today is concussions. While head injuries occur in other sports, football’s most notable injuries for players are concussions.

In the 1950s and 1960s, it was hard for many football players to tell if they were suffering from a concussion. Many players would perform in multiple games before knowing or realizing that they were hurt. These football players could possibly die from their injuries, despite appearing healthy.

The most prominent and serious brain injuries are caused by concussions, and to potentially prevent them from happening as often, the NFL has attempted to work with helmet manufacturers to develop sturdier helmets.

In 2018, the NFL settled a class action lawsuit with many former players who had incurred head injuries in the past. They paid $750 million to settle the suits. This was just a drop in the bucket compared to the number of injuries that have occurred and continue to occur over time.

Today, people are more concerned about these injuries and much more knowledgeable and well-read about them. Many former football players have died due to CTE. Most recently, Ken Stabler, former quarterback for the Oakland Raiders, died of colon cancer, but was found post-mortem to have a severe case of CTE.

Concussions and severe brain injuries can cause a person to have terrible outbursts, similar to symptoms of PTSD. Head injuries have also been revealed to be a root cause of dementia. Many former football players have committed suicide, and it is believed that their head injuries are what caused their depression.

It has become common for football players to retire at a young age after suffering several concussions. The players realize that it's not worth continuing to play and potentially suffer additional life-threatening injuries. They give up large future salaries in order to live longer, but it is safe to say that this is the right decision for them and their families.

There are many other injuries that players incur which may keep them out of the game, but they are generally not life-threatening. Players incur knee injuries such as ACL or MCL tears. They usually take a full year to recover, typically by surgery and an enormous amount of therapy.

Most players do come back from experiencing an injury on the field, and they continue to play for as long as their expected career. However, these injuries are not life-threatening.

Brain injuries have been proven to be life-threatening. Multiple studies have shown that people that experience numerous concussions can develop CTE. This is a severe brain injury that can cause early dementia and other very serious symptoms.

Concussions and brain injuries should not be taken lightly, and the NFL should be doing more to prevent them from constantly occurring on the field.