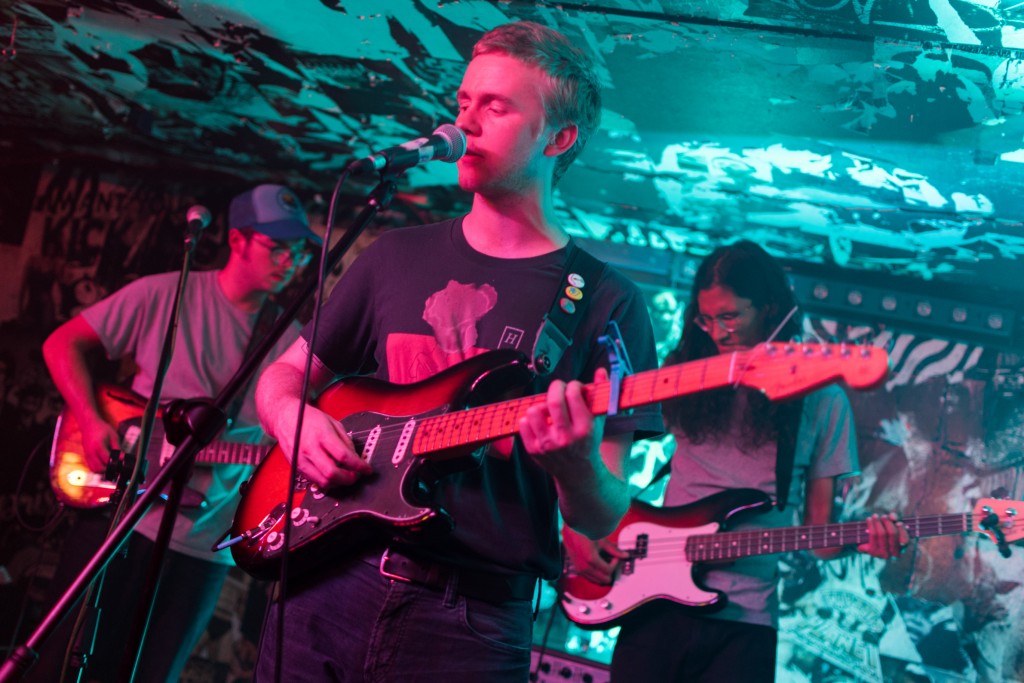 Pinegrove’s music is characterized by the use of instruments like the banjo and pedal steel guitar, culminating in a sound that is a mix between rock, alternative country and emo music. Pinegrove’s previous efforts were a hybrid of both rock and country music, featuring heavy acoustic riffs and the twang Hall projects in his vocals.

This album leans heavier into country music with most of the songs embodying tame ballads with fewer climatic builds than they have burst into on past albums. When builds break, like they do halfway through “The Alarmist,” it is smooth and expected. There is a noticeable difference between the sound quality of “Marigold” and their previous albums.

The band traded in a creaky, lo-fi sound for more polished, sleeker-sounding musical production. Listeners may expect a song like “Neighbor” to conclude with distorted dissonance, but the last few seconds of the song feature melodic twinkling from an electric guitar. With this style of production, the arrangements feel fuller and connected to each other with the same audio aesthetic.

Similar to Hall’s songwriting efforts of the past, he relies heavily on first-person narratives throughout “Marigold.” On their previous album “Cardinal,” each of the album’s eight songs were written from his own perspective. In the first song on “Marigold,” Hall returns to this perspective singing, “Ignore the wreckage on the shoulder / I cross the border into New Jersey.” The songwriting on “Marigold” is once again delivered from Hall’s perspective, from beginning to end. With the refreshing, bright production style, the first-person narratives seem lighthearted and revelatory.

The starkest difference between “Marigold” and previous albums is that Hall has strayed further away from repetitive songwriting that falls into AABA songwriting structures. Hall is maturing as a songwriter by crafting more intricate songs with subtle refrains that better reflect his writing talents over songs that possess a repeating chorus for sake of catchiness.

Beyond the album’s production, the musical performances on “Marigold” have also matured compared to their previous albums. Hall’s vocal performance in “Dotted Line” and “No Drugs” displays his vocal range as well as the wide dynamic range he is capable of singing at.

“Dotted Line” ends with an extended instrumental outro, while the album’s closing track, “Marigold,” only contains instrumentals. The repetitive loop of guitar parts paired with the clashing of cymbals may mimic a person’s thought process when thoughts cycle through their mind.

Although Pinegrove has previously released instrumental interludes, they were typically short and were only intended to act as transition pieces. Musically this resembles growth for a band who has consistently relied on lyrics for its storytelling, and this six-minute song is Pinegrove’s attempt to make a meaningful standalone song that only relies on their musical creativity.

“Marigold” is an updated, brighter version of the music Pinegrove wants to produce, as well as a more recent showcase of their musical talent. On “Marigold,” the band focuses on refining their musical performance with brighter timbres and succeeds in crafting an album that sounds pleasing as a comprehensive body of work.