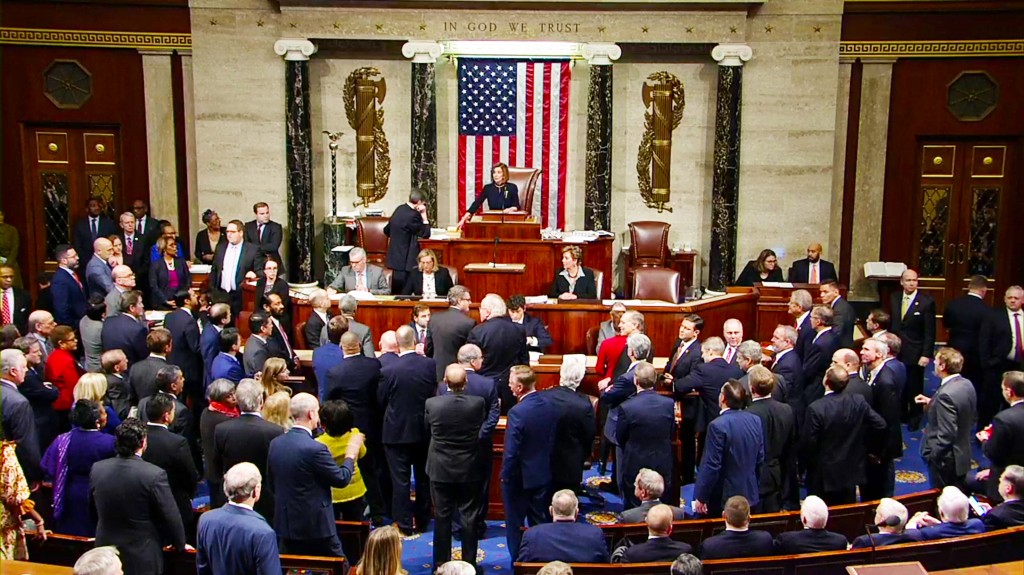 The third ever trial for impeachment in American history ended earlier this week in the acquittal of President Donald Trump on both charges of obstruction of justice and abuse of power. This trial has been largely defined by the battling political parties above most else. Keeping up with the trial may have been difficult at times, so here’s a clear timeline of all that occurred:

Dec. 19, 2019: Congress, after voting for impeachment in the House, goes on Winter Break.

Jan. 6, 2020: Former National Security Adviser John Bolton announces that he would be willing to testify if subpoenaed by the Senate.

Jan. 7, 2020: Members of the House and Senate are discussing the terms and rules for the Trial in the Senate. Senate Majority Leader Mitch McConnell claims to be able to move forward with a quick Trial without Witnesses and Evidence to be provided during the opening arguments. House Majority Leader Nancy Pelosi is criticized by members on both sides of Congress for holding onto the Articles of Impeachment.

Jan. 9, 2020: Impeachment articles still have not been sent through Nancy Pelosi says that they will be submitted soon. McConnel says that he expects the trial to start next week and had co-sponsored a resolution that stated if the Articles of Impeachment were not sent in 25 days, they would dismiss them.

Jan. 10, 2020: Nancy Pelosi announces that she and Jerry Nadler (D-NY) would transmit the Articles of impeachment and appoint managers of the case next week.

Jan. 14, 2020: Late at night, Lev Parnas, an associate of Donald Trump and Rudy Giuliani, passed information to Democrats in the House as evidence so that it can be included in the Senate Impeachment Trial.

Jan. 15, 2020: Nancy Pelosi announces the team that will be managing the impeachment case for the House, submits articles of impeachment and begins the process for impeachment.

Jan. 21, 2020: Senate Minority leader Chuck Schumer added amendments to the resolution that included the testimony of White House officials, all were shot down except for a motion to extend opening arguments to three days.

Jan. 22, 2020:  The Senate passes impeachment rules originally laid out by McConnell, with the addition of one amendment to extend opening arguments to three days for both sides. House Managers begin their opening arguments.

Jan. 29, 2020: A Q&A session begins, conducted by the Senate. Questions were written on paper and given to Chief Justice Roberts to read aloud. Questions fell along party lines. The questioning lasted 16 hours and continued on Jan. 30.

Feb. 3, 2020: Closing arguments were given by the prosecution and defense teams.