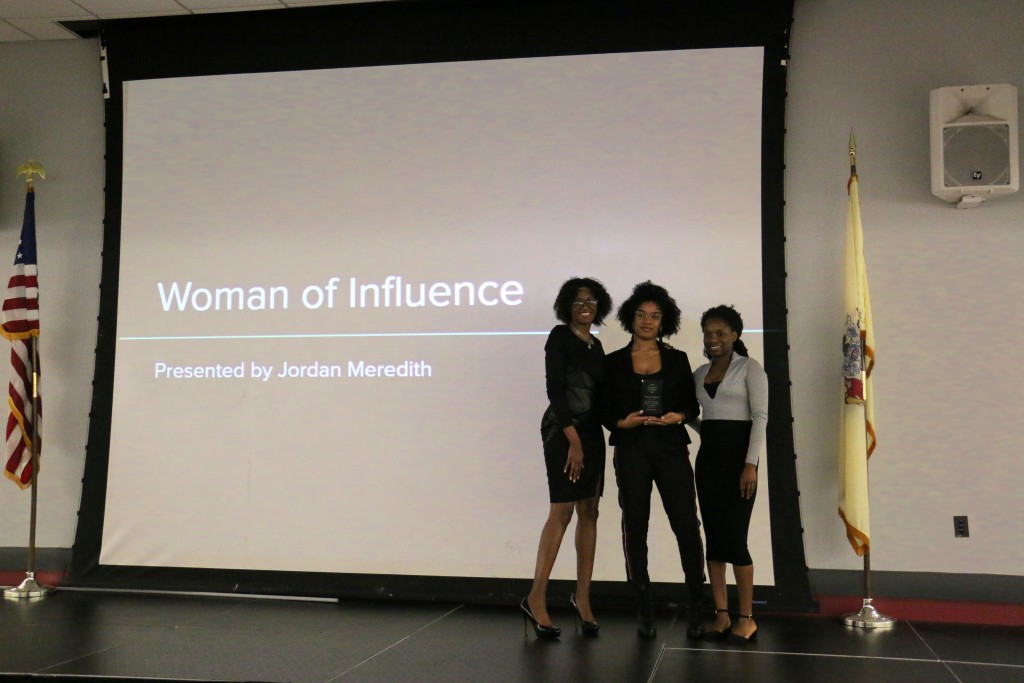 Ebony Women for Social Change hosted their Black Girls Rock! award ceremony this past Tuesday, Feb. 18. The ceremony was held to celebrate black women at Ramapo who make a difference in our community.

The ceremony’s opening remarks were made by Vice President of Ebony Women for Social Change Jynae Glasco, who spoke about the significance of the event, especially during African Ancestry Month.

“Although this month is for us, we should celebrate black excellence and history every month,” Glasco said. “Because we all rock.”

The first award was the “Remarkable Women Award,” which was presented by Glasco.

“She is always breaking the mold, she has demonstrated superior leadership and success over the years, she always has a bright smile on her face and is kind to everyone,” Glasco said.

The award was given to Educational Opportunity Fund director Barbara Harmon-Francis, who unfortunately could not make the event. Student Development Specialist and Coordinator of Career Development Tanadjza Robinson-McCvay accepted the award on her behalf.

The second award was the “Woman of Influence Award,” presented by Jordan Meredith, the publicist for EWSC.

“A person like her, who is such an ambitious, loving, dedicated and committed person who deserves nothing short of the best,” Meredith said to describe the recipient. “This person has served on the [Black Student Union] E-Board, both as the treasurer and the current president, a friendly face in J Lee’s and has made amazing changes in the BSU as a whole.”

The award was presented to Jureyah Johnson, president of BSU.

The event took a short break to allow attendees to announce upcoming events for different organizations, especially those for African Ancestry Month.

The third award was presented by EWSC treasurer Breeana Douglas, the “Woman of Service Award.”

“We had a number of students nominated for this award, it was a very tough decision,” Douglas said. “But our final decision came down to the fact that student nominated has formally served on [Students of Caribbean Ancestry] E-board, educating students about their caribbean ancestry, they volunteer their time as a student ambassador… This award is going to Tia Wallace.”

The final award was titled the “Young, Black and Gifted Award,”  presented again by Meredith.

“[The award] goes to a woman who is bold, a well-known leader who others choose to emulate,” Meredith said. “It recognizes a woman who inspires others through her work and leads through example. This recipient always demonstrates an unwavering passion for the arts, and uses this passion to inspire others. This recipient is a role model who is making a difference in the lives of others.”

The crowd cheered as the award was presented to Khalisah Hameed, an employee of the Women’s Center and Vice President of the Muslim Student Association.

These awards honored four exemplary black women at Ramapo and the work they do for others in their communities. Glasco ended the night with closing remarks.

“As we close out for the night, I would like to remind everyone what this month is supposed to celebrate,” Glasco said. “To me, black history month has always been to celebrate the different achievements made by black people, and a month for us to embrace ourselves in such a magnificent culture. I hope we all recognize the sacrifices blacks have made to make this a better place that Americans call home. Even after this month ends, we remember to constantly take up space wherever we are.”