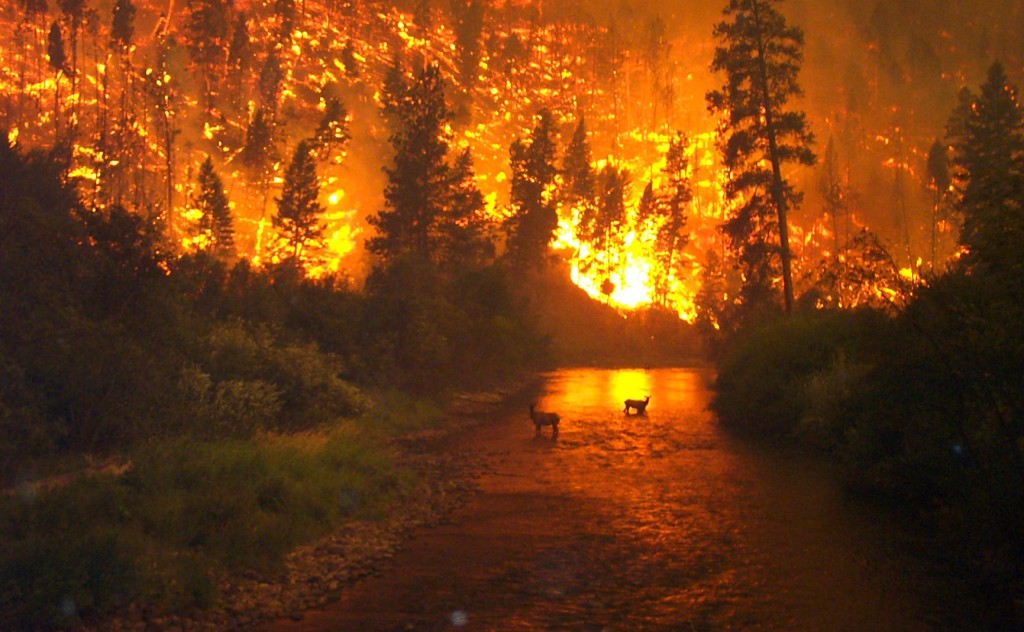 Caprilles is the head of Reacción Climática, an organization made to raise awareness of and fight climate change. She was introduced by Fadoua Brour, the president and founder of the Moroccan Youth Climate Movement.

Brour and Caprilles met in Turkey, both “fighting for the right of nature,” as she described it.

Caprilles began her presentation by asking attendees who knew the difference between global warming and climate change, as the distinction was incredibly important. Global warming, as she described, is the process of our atmosphere becoming hotter, whereas climate change is the resulting dramatic weather patterns.

Caprilles began her work with climate action ten years ago, as her home country of Bolivia was being affected.

“For us it was really shocking because we saw our glaciers melting,” she said.

She compared global warming to any other sickness, where the first sign is always fever. The heat in the atmosphere is being trapped by the amount of carbon in the air, which comes from burning fossil fuels and burning forests.

In Bolivia, this is a major issue. Their country is comprised of high glaciers and thick forests, but the burning causes black carbon to stick to the ice. This, alongside increasing temperatures, causes the glaciers to melt, which begins a destructive cycle.

Caprilles described Earth’s reaction to raising temperatures to turning on a fan when the house is hot. Heavy rain storms are meant to circulate the air, but instead cause hurricanes.

She shared how important it is that countries begin to evaluate real solutions to the issues, rather than false solutions such as nuclear energy, biocharring and clean coal, to name a few.

“How are we going to start facing the impacts of climate change?” she asked.

One of the main issues that is not being addressed, she said, is our overconsumption of energy.

“Our generation is using resources in the form of energy,” she said. “We are eating the carbon budget of the next generation.”

She cited the comforts our generation is used to as one of our leading issues; no one is willing to give up their technology.

“It’s been hard for people to be convinced and why?” she said. “Because we like our comfort.”

Caprilles believes that everyone needs to take part in climate change, not just a few select people. But taking part does not mean giving up everything, just adjusting some habits, like taking on Meatless Monday and limiting screen time.

Even though countries like Bolivia and Australia are suffering significantly, climate change is affecting everyone. The California fires and hurricanes on the East Coast will only get worse as climate change progresses, Caprilles said.

“Climate change does not discriminate,” she said. “You know the stories, you see them on TV, and they aren’t just happening in the South.”