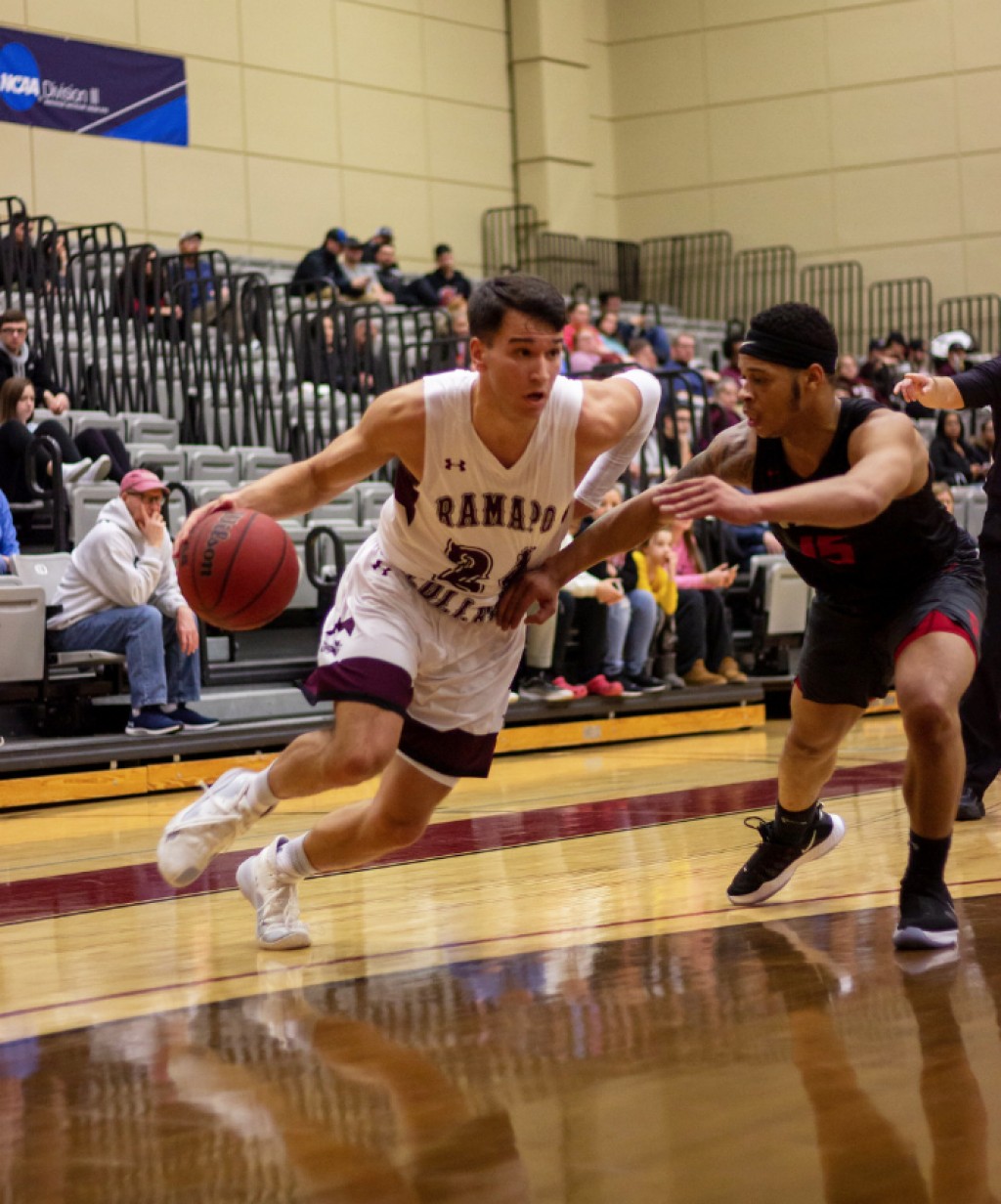 On Sunday, Feb. 15, Ramapo’s men’s basketball team won their senior day home match against William Paterson University, 85-56. This NJAC match-up improved the Roadrunners to 15-9 overall with an 11-6 conference total, whereas the Pioneers dropped down to 9-15 overall and 5-12 in NJAC.

The star of this match was senior forward Jordan Zagadou as he posted a double-double with 17 points scored and 10 rebounds. However, he did not record the most points for the Roadrunners. That title goes to senior guard Connor Romano, as he netted 19 points and seven rebounds.

The team had a lead straight from the start, as Ramapo held a clean 11-0 in the beginning minutes which included a lay-up from Kindel. However, William Paterson’s Hershell Williams took down this trend with a three-pointer.

The Pioneers’ Jadon Cepeda ran at 9:02 to cap off William Paterson by three points from Smith, getting them closer to the lead. This then led to both teams trading points until Romano sparked a 13-1 run for the Roadrunners, including three three-pointers in a row. The last shot before halftime was made by McWilliams, securing a 48-24 lead for Ramapo.

Ramapo never lost their lead. After halftime, Romano became the Roadrunners’ leader as he scored 16 points and three rebounds in the second half alone. Both teams went to trade baskets again, with Ramapo having a slight run in between, until the end of the match.

After playing New Jersey City University in an NJAC match-up on Wednesday, Feb. 19 in Jersey City, Ramapo will be heading to the NJAC tournament if they qualify.