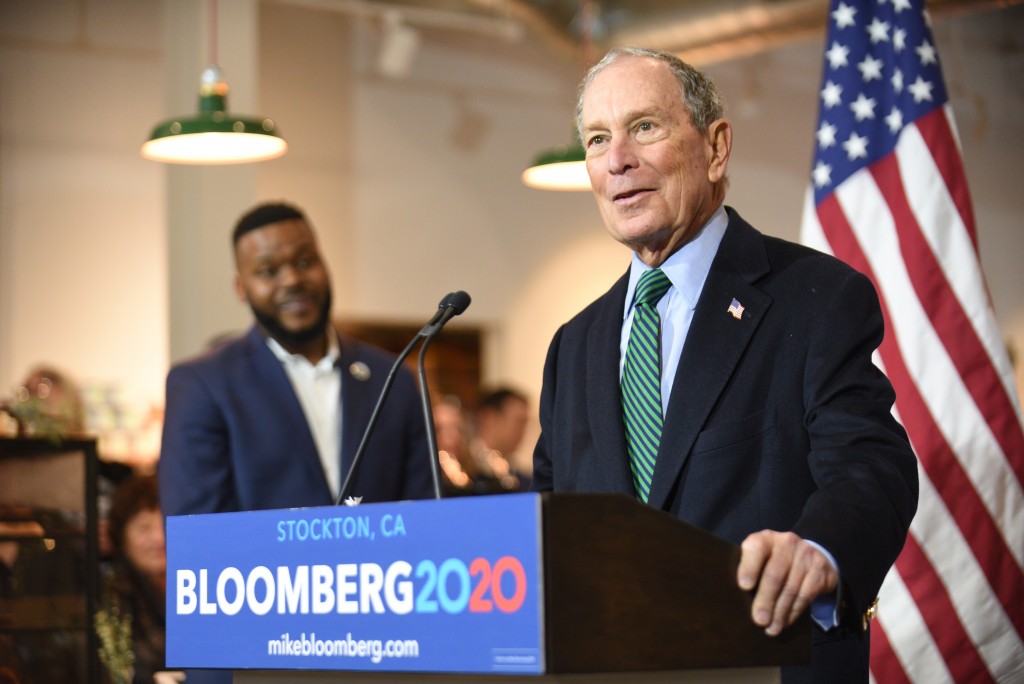 The majority of the debate consisted of a tense atmosphere. Sen. Elizabeth Warren (D-MA) skillfully criticized her opponents, giving her campaign a much-needed second wind.

Bloomberg faced numerous attacks in the beginning of the debate and appeared out-of-place, reflecting his late entry into the presidential race. Sen. Bernie Sanders (I-VT), who entered the debate as the Democratic front-runner, was given the first word of the debate and was questioned regarding his electability against Bloomberg’s.

“In order to beat Donald Trump, we're going to need the largest voter turnout in the history of the United States. Mr. Bloomberg had policies in New York City of stop and frisk, which went after African-American and Latino people in an outrageous way. That is not a way you're going to grow voter turnout,” he said.

Warren was quick to call out Bloomberg on comments he allegedly made, which came to light earlier in the week.

“I'd like to talk about who we're running against, a billionaire who calls women ‘fat broads’ and ‘horse-faced lesbians.’ And no, I'm not talking about Donald Trump. I'm talking about Mayor Bloomberg,” she said.

Bloomberg was given time to respond after the three opponents heavily dismissed him.

“I think we have two questions to face tonight. One is, who can beat Donald Trump? And, number two, who can do the job if they get into the White House? And I would argue that I am the candidate that can do exactly both of those things,” Bloomberg said.

The past eight debates demonstrated the candidates’ politeness, but this debate did not. As the evening progressed, each candidate tried to show off their electability while simultaneously tearing down their opponents.

Warren attacked former Indiana mayor Pete Buttigieg’s and Klobuchar’s healthcare plans, calling them a “PowerPoint” and a “Post-It note” respectively. She argued that the simplicity of their plans would have leave millions of Americans uninsured as a result.

On the other hand, Buttigieg harshly argued that Sanders’ ideas divide Americans and polarize the Democratic party.

“We’ve got to wake up as a party. We could wake up two weeks from today, the day after Super Tuesday, and the only candidates left standing will be Bernie Sanders and Mike Bloomberg, the two most polarizing figures on this stage,” he said. He noted that the party should nominate “someone who is actually a Democrat,” a jab at Sanders’ long-time status as an independent.

Sanders argued against Buttigieg, asserting himself as a candidate of the working class.

“If speaking to the needs and the pain of a long-neglected working class is polarizing, I think you got the wrong word,” Sanders said. “What we are finally trying to do is to give a voice to people who, after 45 years of work, are not making a nickel more than they did 45 years ago… maybe it's time for the working class of this country to have a little bit of power in Washington, rather than your billionaire campaign contributors.”

Throughout the debate, Warren asserted herself as the dominant speaker, reflected in the final results of who spoke the most during the debate. Sanders advocated for the working class and had a strong performance, while Bloomberg came across as a prop for his opponents and was used to fortify arguments.

Klobuchar and Buttigieg’s arguments divided the moderate wing of the Democrats further. Former Vice President Joe Biden receded in the debate, speaking only a few times and failing to give voters any new reason to place their ballot for him.

This debate and the tenth Democratic debate precede the South Carolina primary, where Biden may look for a comeback to make up for his unsuccessful debate performance.