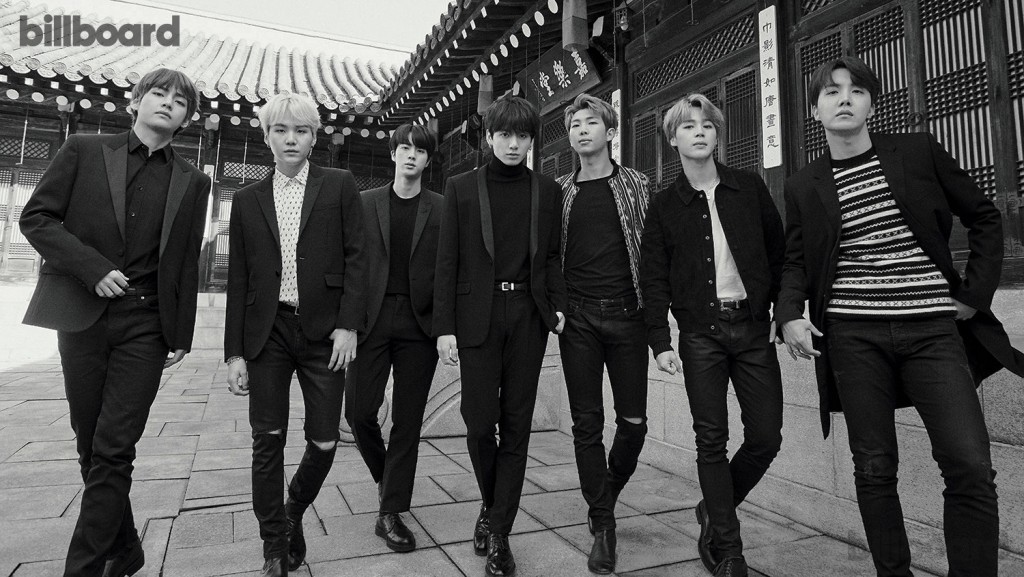 BTS dropped their new album, “Map of the Soul: 7,” on Feb. 21, 2020, alongside their month-long project, “CONNECT-BTS.” In the latter project, they established various art exhibits around the world to encourage hard-working artists and bring back the appreciation of all art mediums in the modern world.

The album itself has a wide variety of themes: it features solo, subunit and full group tracks that highlight and delve deeper into every member’s personal music tastes and styles.

“Black Swan” was the first single of the album to be released, alongside an art film in which MN Dance Company depicts BTS’ theme of struggle against losing interest in what they are most passionate about. The music video starts out with a well-known quote by Martha Graham: “A dancer dies twice – once when they stop dancing, and this first death is more painful.” This is not to say BTS is closing the curtain, as they renewed their contract with BigHit Entertainment in 2018; rather, they are not shying away from admitting that they have had moments of doubt in their career when they thought it was the end.

In the music video, the dancers perform to the orchestral version of the song, which many fans, including myself, fell in love with. I think Black Swan is the type of song that grows on you, especially because everyone has experienced loss of motivation at least once in their life.

18. WE ARE BULLETPROOF: THE ETERNAL

This track goes back to BTS’ roots. A continuation of “Bulletproof pt. 2” from their first album, it talks about all the hardships the group has gone through together. They came from a small record label and faced a lot of discrimination, even mentioning that at one point, they considered disbanding. However, this is the aftermath of pushing forward to reach what they refer to in various VCR tour clips as the eternal journey. The pre-chorus and ending lines include, “We were only seven, but we have you, ARMY.”

A huge part of why many people love BTS is because they love their fans, referred to as their ARMY, so much, and this is a clear representation of that mutual adoration. Right as the chorus hits, they sing, “Yeah, we got to heaven.” The only way I can most accurately describe the emotion in that line is that it feels the same way you do when you win a race or accomplish a really hard goal. To put it simply, I am immensely proud of their growth and how far they have come, because they deserve it.

To put it gently, “ON” is a masterpiece and makes me want to start a revolution. When I heard they would be collaborating with Sia, I lost my mind because her style is so drum-heavy and empowering. BTS themselves even mentioned in an interview that while composing the song, they immediately knew they wanted Sia to be on the track.

I will, however, say that Sia’s vocals layered on do not blend completely. I have a gut feeling that it has to do with the reaction that “Boy With Luv’s” release got when Halsey’s vocals were blended in – not as a main vocal but as a supporting vocal. I saw a lot of angry reviews by Halsey fans that she was not brought forward enough in the piece, so I feel like Sia’s vocals must have been brought forward in “ON” to avoid backlash.

Personally, I think Halsey’s feature fit perfectly as a supporting role because it made the song sound so rich; even if she was not a lead vocalist, the blend was beautiful. Sia always has strong vocals and fantastic harmonies, so I think that if it had been blended a bit more, it would have been better.

Regardless, the song is incredibly powerful, both in lyrics and in content. It was recorded with members of the UCLA marching band and a gospel choir, and the performance of it itself is showstopping. BTS’ comeback stage premiered on February 24 on “The Tonight Show starring Jimmy Fallon,” where they shut down Grand Central Terminal to perform alongside a marching band and the dance crew, The Lab.

All in all, personal fan bias aside, I think the album and delivery of it was fantastic. Between sampling old songs and collaborating with other artists, BTS has once again shown how versatile their strengths are through the production and performance of these tracks.

And as member Suga once stated, “You'll like BTS music if you listen without prejudice.” Music has its own language and should be judged through its artistry, not by its literal location of origin.