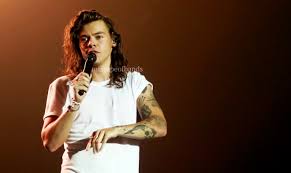 Recent news has sent internet and pop culture fanatics into a frenzy. Former One Direction member and stellar singer/songwriter Harry Styles is set to star in the upcoming film, “Don’t Worry Darling.”

The news dropped this past Friday, Sept. 11, originally announced on “Deadline.” Olivia Wilde, director of the 2019 coming-of-age “Booksmart,” takes on her second directorial duty with “Don’t Worry Darling” alongside screenplay writer Katie Silberman, also known for her work with “Booksmart.”

The New Line Cinema film “Don’t Worry Darling” is a psychological thriller set in the 1950s, following a young married couple, in which the husband, Styles, has a dark secret. Styles will be performing alongside his on-screen wife, Florence Pugh, credited for her phenomenal work in the Swedish cult horror film “Midsommar” and Greta Gerwig's 2019 adaptation of “Little Women.”

As if the adored Styles and Pugh as the leads were not enough to make fans' hearts race, beloved actress Dakota Johnson and actor Chris Pine are set to share the screen. Along with directing, Wilde is also set to play a supporting role in the film. What an insanely beautiful and talented cast.

Pugh, Johnson and Pine have been casted for their roles for quite some time now, whereas Styles was later brought into the crew. Hollywood superstar Shia LaBeouf reportedly dropped out from his lead role in “Don’t Worry Darling” due to scheduling conflicts, thus leading to Styles’ biggest acting project yet.

“Don’t Worry Darling” is set in an isolated 1950s Californian desert, seemingly perfect for a thriller feature. Additional details are unclear at the moment, but there is much to anticipate. The film is rumored to begin shooting this autumn, though this is not confirmed.

Fans have been sharing their excitement online; however, a leaked version of the script was found online and read by many. The leaked script is allegedly just a draft, and it is currently under revisions by the director and writers.

Despite the uproar in media attention and conversation, Styles has not made any public statements on his new movie deal, which isn’t unusual for Styles’ notable lack of media communication. However, other cast members have addressed the news. Wilde shared an Instagram post of Styles and Pugh, captioned “Jack and Alice. Very Proud to work with these fine Folks,” and Pugh shared Wilde’s post to her Instagram story, acknowledging her excitement to work on the project with Styles.

Styles established his serious acting career back in 2017 with the historical war thriller “Dunkirk,” where he played Alex in the film directed by Christopher Nolan.

Older fans of Styles know that his life as an actor began back in 2012 when he played himself on the hit Nickelodeon television show “iCarly,” alongside his former bandmates from One Direction. Styles performed One Direction’s smash hit “What Makes You Beautiful” and acted as an ill version of himself, leading to the episode's half hour conflict. It was in that moment that Harry Styles was seen as more than just a hearthrob, and fans fortold his potential to become a showstopping Hollywood actor in his future.

Styles, still living off the “watermelon sugar high” of his second studio album “Fine Line,” seems to have a lot in store for his golden bright future, and “Don’t Worry Darling” is just a fraction of it. The well-rounded British star definitely keeps himself busy, constantly finding new ways to improve himself and satisfy dedicated fans. At just 26-years-old, Styles is only at his beginning, and we are so excited to see what else the man of talent will achieve in upcoming years.