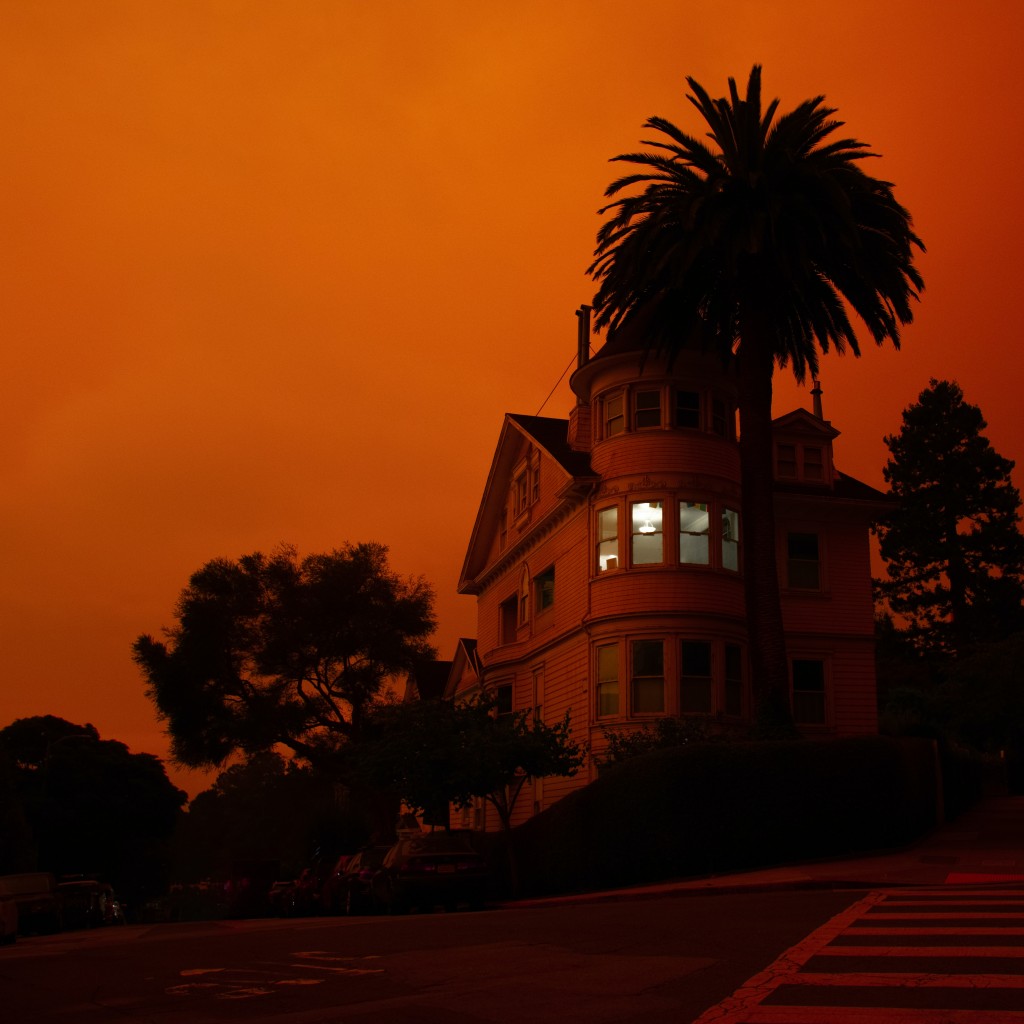 With wildfires devastating the West Coast, President Trump, who has for years denied the reality of climate change, was briefed on September 14th, 2020 on the status of fires in California. The President traveled to McClellan Park, California last Monday to meet with Governor Gavin Newsom and other officials.

Dense smoke and fog have draped over parts of California, Oregon and Washington State, creating hazards such as reduced visibility and making the air quality in the United States’ West Coast the worst in the world.

Photos of this catastrophe seemed like images out of a movie with bright orange clouds towering over major cities.

During the briefing, Governor Gavin Newsom felt it was necessary to say, "Please respect the difference of opinion out here with respect to the fundamental issue of climate change," to President Trump.

To that, Trump replied, "Absolutely."

Wade Crawford, California Secretary for Natural Services, explained, “If we ignore science and think it’s all about vegetation management, we will not succeed at protecting Californians.”

To that, the president immediately responded with, “Okay, it will start getting cooler, you just watch.”

Crawford tries to lighten President Trump’s response with, “I wish science agreed with you,” which prompted the president to respond with, “I don't think science knows, actually."

According to SkyNews, Donald Trump retweeted a Tweet on climate change denial while he was on his way to McClellan Park, CA and blamed forest management.

Unfortunately, the topic of climate change is something President Trump denies instead of addresses. A frightening reality about these wildfires is where they are taking place, such as cooler parts of Oregon where the conditions for wildfire should not exist.

Last month meteorologists were predicting two hurricanes to hit near the same location at about the same time. This kind of phenomenon has never been recorded before and people still do not believe that climate change is something we are facing.

There should not be any need for scientists and normal people to show more evidence of what is happening in the environment for others to understand if it’s real, and Donald Trump should stop downplaying the disasters we have been facing. He needs to be cautious of what he says and understand that he has a heavy influence on his followers, who continue to believe COVID-19 is a hoax.

Our country is not a reality television show and needs to be handled responsibly. The consequences of his actions are detrimental to the well-being of everyone residing in this country and on this planet.

The other weekend, a new digital clock was put up in Manhattan's Union Square to tell onlookers exactly when Earth’s carbon budget is completely depleted. This clock demonstrates how long the world has left to do something about environmental conservation before an irreversible climate emergency occurs that will alter human existence.

Sadly, I feel that Donald Trump is ignoring many people who are expressing their concerns about their lives, futures and the environment they find themselves in.

We need a leader who will listen to what we feel needs to be addressed and do something about it as opposed to shutting down anything that is being said.

Living here on the East Coast, the complete opposite side of where these wildfires are taking place, it is alarming to witness these abnormalities, and I wonder if it can happen here, as well.