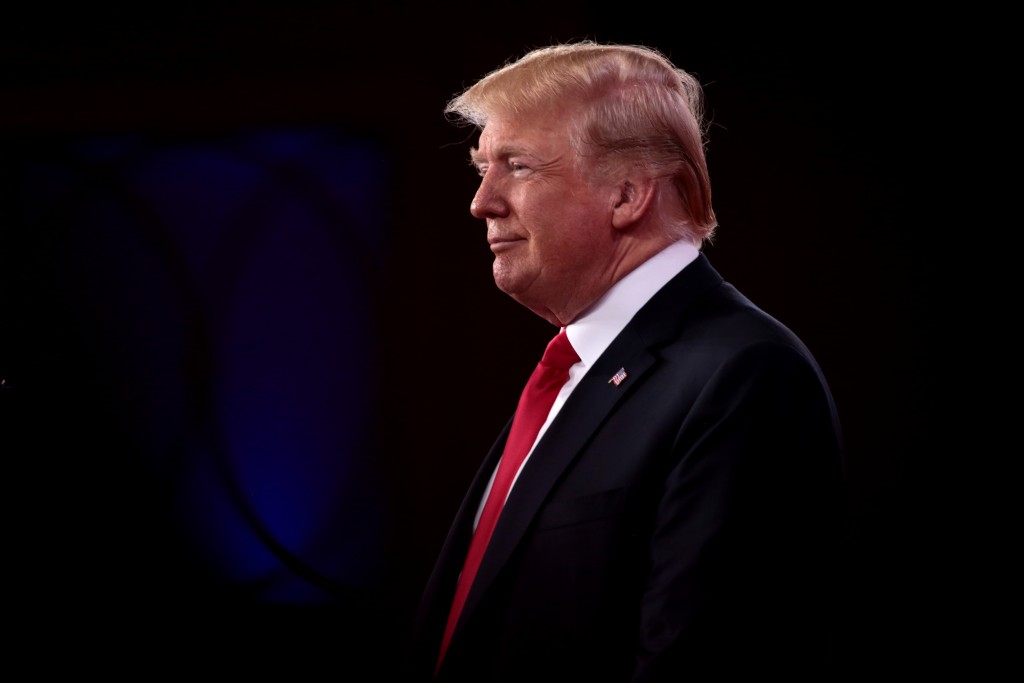 Early Friday morning, President Trump tweeted to confirm that both he and first lady Melania Trump have tested positive for COVID-19.

“Tonight, @FLOTUS and I tested positive for COVID-19. We will begin our quarantine and recovery process immediately. We will get through this TOGETHER,” he tweeted.

His results are following travel to three different states, including New Jersey, where he attended a fundraiser at his golf club. One attendee reported to the New York Times that he came in contact with around 100 people.

So far, their symptoms have been reported as mild. Melania Trump tweeted that she was “overall feeling good,” on Friday morning. Physician to the president Dr. Sean Conley stated that he expected no disruptions to the president's job.

All of his campaign events have been postponed or are being modified to become virtual, despite months of President Trump’s confidence in the safety of social gatherings. His actions now will speak volumes about his campaign and previous attitudes toward management of coronavirus.

Several others within Trump’s circle have tested positive, but many are still in the clear. Among those testing negative are currently Vice President Mike Pence, Judge Amy Coney Barrett, Democratic presidential nominee Joe Biden and several members of Trump’s family. Many individuals came in contact with Hope Hicks on Marine One during a flight Thursday evening, who was reported to be tested positive only hours before the president.

Many sources have argued that President Trump’s age and presence of at least one underlying condition puts his health at high risk. According to the Center for Disease Control, underlying conditions can increase risk for severe illness. One condition listed as a compounding risk for people of any age is obesity, which AP reported Trump to have stacked against him.

However, COVID-19 is hard to judge, because results of recovery and severity of illness are not always consistent with age and underlying conditions.

The announcement of his contraction of COVID-19 comes only days after his first presidential debate with Biden, where management of the pandemic was a major topic. When the subject of mask wearing to prevent the spread of coronavirus was brought up, Trump made negative statements about Biden’s constant wearing of a mask. Trump said, “When needed, I wear masks.”

After, he stated that Dr. Anthony Fauci has said that wearing masks is not good, which Fauci denied. This confusing narrative coming from the White House is one reason why this news is so striking.

For months, President Trump has attempted to sooth the public by telling them as recently as Thursday night, “the end of the pandemic is in sight,” but little evidence backs such claims. Now, after boasting the size of his public rallies and his only when necessary mask wearing, he will be quarantined in the White House until further notice.

Public response has gone in every direction. Social media has no shortage of well-wishers, but others, conversely, are in no shortage of calling his diagnosis a karma for his method of managing the pandemic. Beyond opinions, there is evidence that this may affect his campaign strongly.

According to the New York Times, global markets have dropped in response to the news, threatening the economic platform Trump touts. It is unclear how his messaging about the coronavirus may change after his diagnosis, or how voters will interpret this.

As a world leader, it is incredibly dangerous for President Trump to be exposed to COVID-19. Several other world leaders, such as British Prime Minister Boris Johnson and Brazilian President Jair Bolsonaro, have contracted and recovered from COVID-19, but none have seemed quite so imperative on the world scale as President Trump. Being a leading economy and superpower of the world, the stability of American leadership is a global concern.