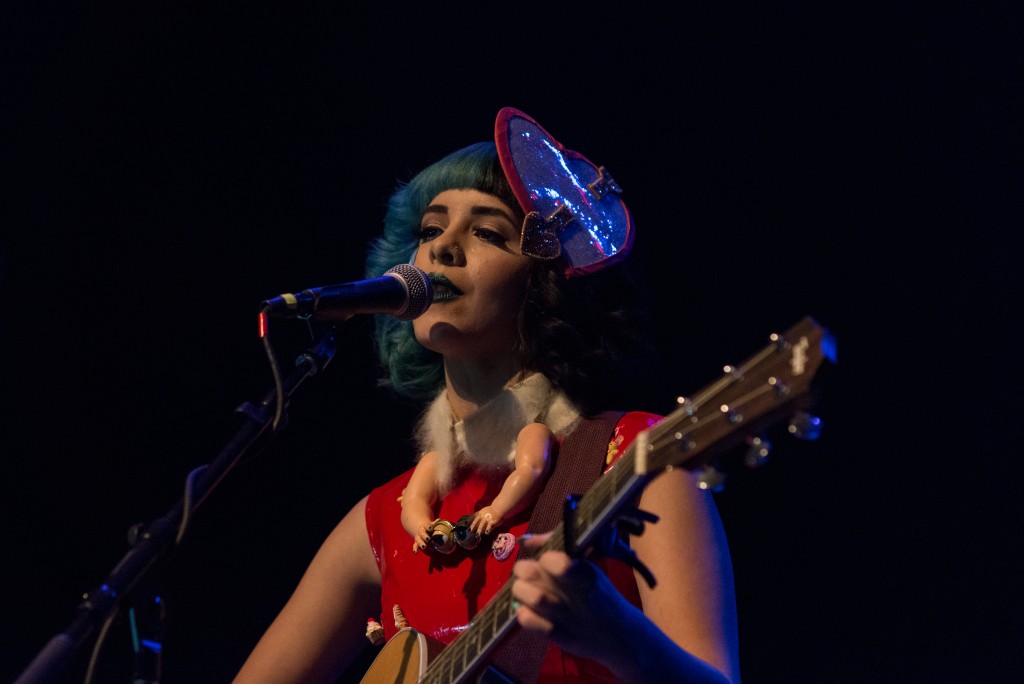 Released on Sept. 25, “After School” is Melanie Martinez’s fourth EP. A medley of alternative pop, electropop, and experimental pop, “After School” is yet another electric assortment crafted lovingly by Martinez. The EP is thematically connected to her previous album, “K-12,” and it shows in the heartfelt, yet unflinching, messaging fans first flocked to Martinez for.

Unfortunately, anyone hoping to see the continuation of the story of Martinez’s fictional alter-ego, Crybaby, will be left disappointed: “After School” does not revisit our troubled heroine and instead focuses on Martinez and Martinez alone. While the line between Crybaby and her as a creator certainly felt blurred in “K-12,” the separation of Martinez’s two identities is apparent in this EP.

The first track of the EP, “Notebook,” is a loud signal to a new era. The track is a break-up song with a smooth, dreamy melody reminiscent of the “Crybaby” days, and its brevity may find fans of that album wanting more. The track does what any first song should: it lures the listener in, leaving them curious and wanting more.

“Test Me” and “Brain & Heart,” the two following tracks, are perhaps the best of them all. Both have Martinez doing what she does best: flexing her creative muscles and using her unique vocalizations to drive her messages home. The melody of “Test Me” is haunting, and Martinez’s breathy vocals accentuate lyrics that detail the challenges inherent in the human experience. “Brain & Heart” feels like a cold, refreshing shower, clearing the dark and foggy energy of “Test Me.” The pauses Martinez employs are powerful and punctuating, letting her words sink in before moving on.

The first three tracks of the EP are all enjoyable listens, leading to an immense disappointment in “Numbers.” Although the song carries an important message, the sound and vocals don’t work. Martinez’s whiny droning leaves the song feeling like a chore to slog through. The beat and melody are both unexceptional. As the longest track on the EP, “Numbers” never seems to end, and it is perhaps the only entirely skippable song in the bunch.

“Glued” is another weak tune. The lyrics, particularly those at the beginning of the song, are rough. Thankfully, the lyrics do improve as the song progresses, and the rhythm of Martinez’s vocals is entrancing, returning what points are lost by the clumsy rhyming.

“Field Trip” and “The Bakery” both seem ripped straight from pages of Martinez’s diary. Both are very personal songs. “Field Trip” references important aspects of how Martinez perceives and identifies herself, while “The Bakery” was inspired by Martinez’s lived experiences. “Field Trip” sees Martinez experimenting with her sound and is perhaps the most unique track on the album. “The Bakery” is an earworm that will play relentlessly in your mind long after your first listen. It is more than deserving of the quirky, colorful music video attached to it. If you listen to only one track on this album, let it be “The Bakery.

Overall, “After School” is a promising addition to Melanie Martinez’s body of work. Her ability to try out new sounds while remaining her unique self shines through. Most songs are worth at least one listen.
4/5 stars