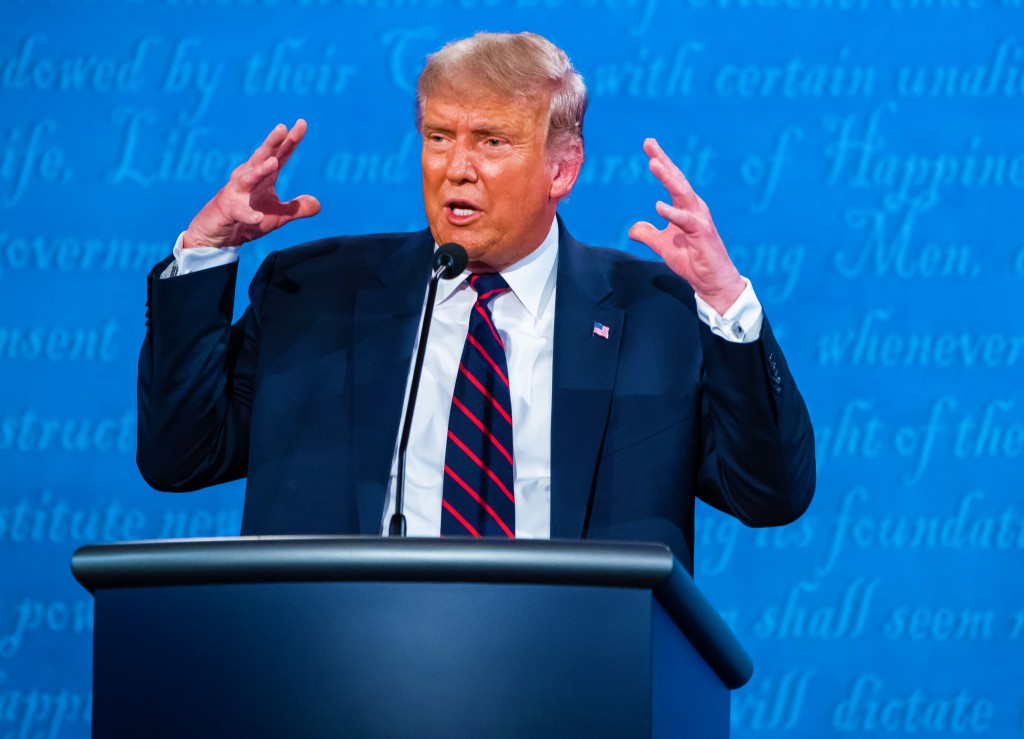 President Donald Trump returned to the White House Monday night after allegedly receiving clearance from his doctors at Walter Reed Medical Center. Upon his arrival, the president posed on the balcony for a photo-op without a mask, apparently breathing heavily, which critics raised as both a safety and ethical concern.

Although Trump is still vulnerable to the effects of the virus after less than 72 hours of hospitalization, he did not hesitate to address the public on the matter. Despite the more than 200,000 deaths from the virus in America, Trump tweeted on Oct. 5 “I will be leaving the great Walter Reed Medical Center today at 6:30 p.m. Feeling really good! Don’t be afraid of Covid. Don’t let it dominate your life. We have developed, under the Trump Administration, some really great drugs & knowledge. I feel better than I did 20 years ago!”

As Olga Khazan from The Atlantic points out, Trump did not receive regular medical care, and thus, his experience cannot be representative of the average American’s. On Friday, Trump took one of Regeneron’s experimental antibody cocktails, according to the company spokesperson Alexandra Bowie. Rose McDermott, an international-relations professor at Brown University, who has studied the president’s condition closely says, “he would never have gotten access to the monoclonal antibodies if he weren’t the president.”

Yet, this is not the only way in which Trump has attempted to downplay the virus. Since his stay at Walter Reed, Trump’s medical staff has been filtering and withholding information on the president’s current state.

According to the CDC, eight out of every ten deaths in the United States have been among those 65 and older. Once Trump was transported to the hospital, conversations around his health erupted. In a recent New York Times article, it was revealed that Trump has consistently resisted releasing details of his health to the public, which only raised more questions.

At a press briefing set at the hospital, his physician, Dr. Sean Conley, did report the president’s blood pressure– high at 134/78 –respiration and heart rates, which were both considered normal according to AP. However, when reporters pressed for information regarding lung scan results and when Trump last tested negative for COVID-19, the doctor hesitated.

Instead, he cited the Health Insurance Portability and Accountability Act, which the CDC defines as “a federal law that required the creation of national standards to protect sensitive patient health information from being disclosed without the patient's consent or knowledge.”

Deven McGraw, a former career government lawyer who oversaw enforcement of the 1996 medical privacy statute, confirmed there is no special protection for lung scans. She then commented to AP:  “I am going to have to assume there was a judgment call on what information the president was comfortable releasing to the public.”

Although the administration is attempting to selectively disclose information regarding Trump’s condition, the truth is slipping between the cracks.

During Trump’s stay at Walter Reed, he released two photographs late Saturday where the he appears to be well, working at a desk. Shortly after the images were uploaded, they were met with scrutiny. In a tweet, journalist Jon Ostrower suggested the photos were staged, reporting that data embedded in the image files proved they were taken just ten minutes apart.

Questions regarding the images only heightened confusion surrounding the president’s health. As the truth continues to be obscured by the administration’s lack of transparency, new information from White House sources have begun to lose credibility.

Even more concerning, the uncertainty surrounding President Trump’s illness is a direct threat to the state, as it remains unclear whether or not he is well enough to maintain office. Trump has not yet confirmed if he will invoke the 25th Amendment and turn power over to Vice President Mike Pence.