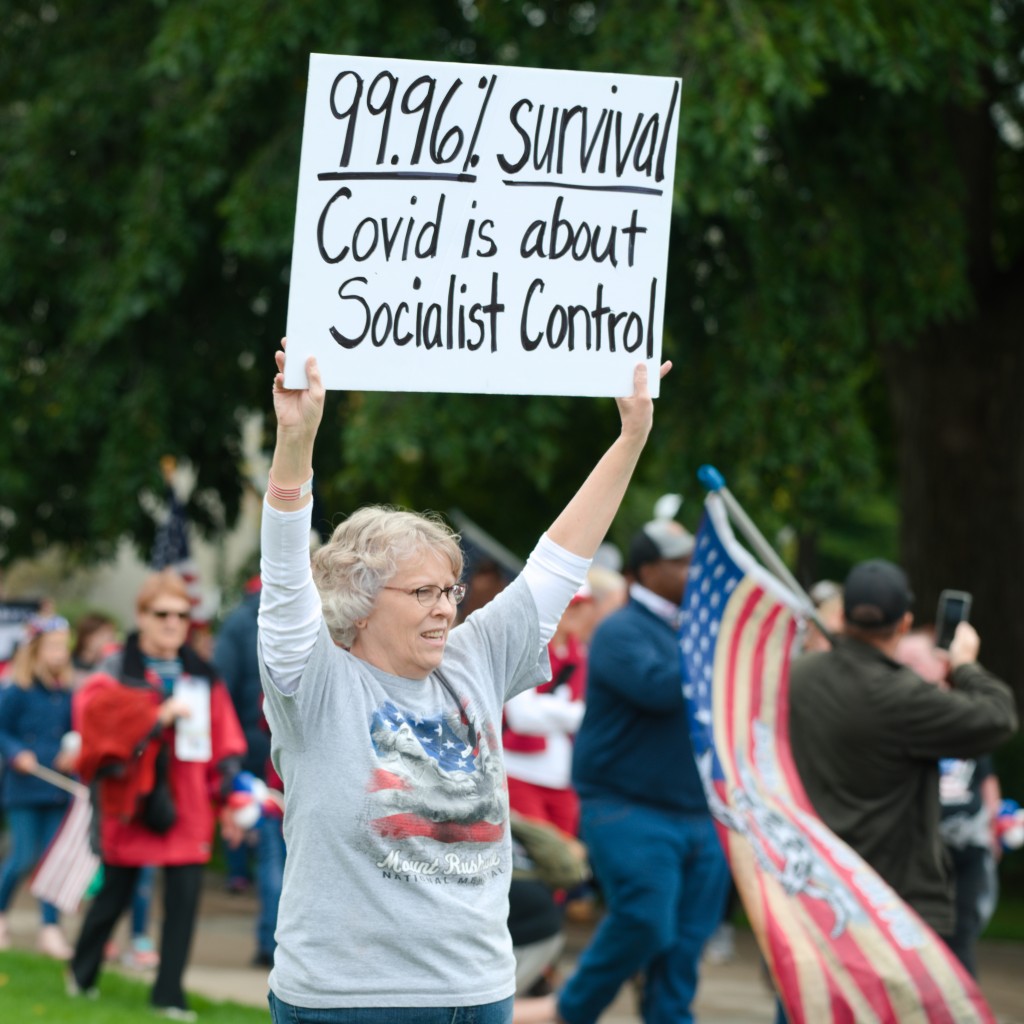 Only days after being released from Walter Reed Medical Center, President Donald Trump held an event on the South Lawn of the White House this past Saturday. The event was called “Remarks to Peaceful Protestors for Law & Order,” or as Dr. Fauci called it, “a superspreader event.”

Blexit, a controversial campaign run by Candance Owens that encourages African Americans and Latinos to leave the Democratic Party, was invited to attend the rally and assisted in its organization and funding. The event was catered to people of color, whom Trump claims his administration has done more for than any other, the only exception being Abraham Lincoln.

Trump addressed the crowd from the balcony of the White House, where he took off his mask before speaking and told attendees he was feeling “great” and that the coronavirus was “disappearing.”

Over 7.6 million Americans have contracted the coronavirus. More than 200,000 have died as a result. And yet, the infected president is clearly not concerned.

Those who attended were required to wear face masks and take a temperature check, and they were also “strongly encouraged” to socially distance. These requirements are new for the White House, following the Rose Garden event held to announce Supreme Court Justice nominee Amy Coney Barrett which resulted in a COVID-19 outbreak amongst the Trump administration.

Although attendees were required to socially distance, the event consisted of hundreds of people who were tightly packed together on the South Lawn. The event was not officially campaign related; however, the majority of attendees were cheering and wearing “Make America Great Again” merchandise. All were required to wear a Blexit t-shirt.

Trump’s physician, Dr. Sean Conley, said only on Monday that Trump has tested negative for “consecutive days.” This leaves the question as to whether or not he was still contagious during the event on Saturday.

Just two days later, President Trump traveled to Florida to attend a Make America Great Again rally. Instead of resting and self-isolating as is suggested for a COVID-19 carrier, he hopped on the campaign trail immediately, turning a blind eye to the risk of infecting others.

It is evident that the president is continuing to downplay the coronavirus, despite the heavy criticism aimed towards him for his reckless behavior. The Trump administration continues to place their supporters in harm's way, even after many of their high-ranking members have tested positive for COVID-19.