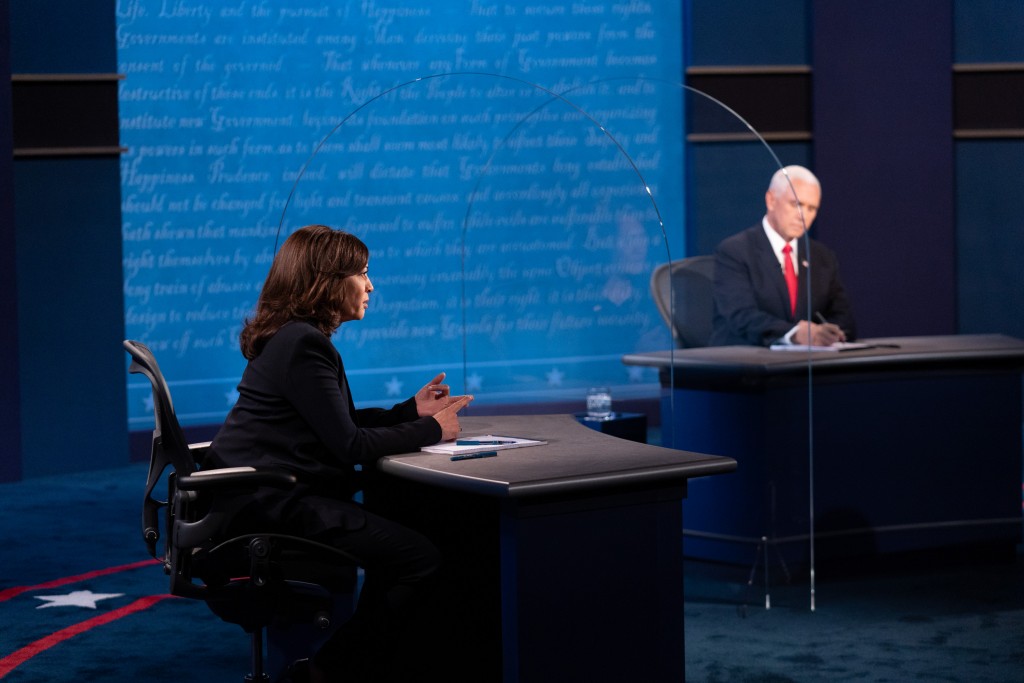 Both Senator Kamala Harris and Vice President Mike Pence took their turns dodging questions to share more favorable information about their campaign. When the question arose of what each nominee would do in the event the president became unable to fulfill their position, mostly in reference to the age of the presidential candidates, but also in light of Trump’s COVID-19 diagnosis, neither answered the question outright.

Questions like these seemed to all come back to the coronavirus, as each wanted to share how successful they were and would continue to be. Harris relegated the question to a recounting of her upbringing and Biden’s call asking her to run as his ticket mate. Pence returned to a previous answer about vaccine viability. Pence brought no new evidence of success in coronavirus management to the table, but Harris brought no new defense either.

Pence took Harris’ attack on his administration's work as a slander of what the American people have done in response to the pandemic. However, he beat around the bush when answering a question about the administration’s choice to host Amy Coney Barrett’s nomination ceremony in the White House rose garden. His response was essentially a “do as I say, not as I do” statement, as he praised that Americans are able to make responsible decisions on their own.

“You respect the American people when you tell them the truth,” Harris replied.

One especially prominent subject was environmental issues and the plans each campaign has to address rising climates. Pence denied many of the environmental issues being seen today as related to climate change, saying “ there are no more hurricanes today than there were 100 years ago.”

This portion of the debate inevitably brought out the argument toward the Green New Deal, which Harris co-sponsored in Congress with Representative Alexandria Ocasio-Cortez. Biden stated in the first debate that he is not taking the Green New Deal on as part of his campaign, which Pence argued against heavily.

Harris stated several times that Joe Biden would not ban fracking, and this phrasing is incredibly important. While not answering directly about her own preferences for the future of fracking in America, Harris stood by the campaign that she is part of and represented Biden rather than herself.

This appeared to be the most crucial function of this debate, especially now that Americans cannot know whether or not they will see another presidential debate. Harris and Pence spoke for their running mates, even as they made jabs at the other's personal career moves.

No amount of interruptions in this debate could measure up to the audio overflow of the last, but there was no shortage. Moderator Susan Page attempted to control the debate during overflow time by repeatedly thanking the candidates, often to no avail. Politico reported that Page said “Thank you, vice president” over 22 times.

Harris, on the other hand, did not excuse the interruptions from her opponent. “Mr. vice president, I am speaking,” became the most well known quote of the night.

In the last few minutes of the debate, all was washed away by a fly which landed on the vice president’s head, becoming the biggest takeaway of the night. Perhaps this speaks to how uneventful the debate really was, and how little it takes to distract from such a repetitive political narrative.