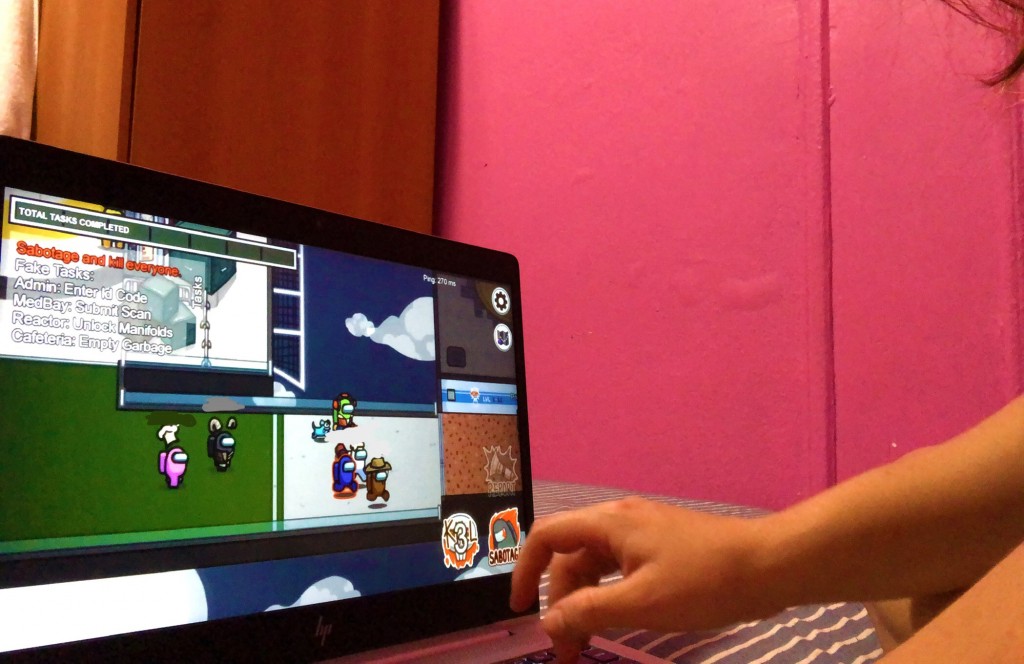 If you have been wondering why mini astronauts of varying colors have been murdering each other on your social media feed recently, you have “Among Us” to thank. From popular internet personalities such as Ninja and Pewdiepie constantly streaming the game over Twitch and Youtube, and endless amounts of fan art and memes inspired by the game, “Among Us” has quickly become a cultural phenomenon.

Developed and published by Innersloth, “Among Us” is a murder mystery game, similar to other games like “Mafia” and “Werewolf,” but set in space. When entering a round of up to ten people, players are either assigned the role of crewmates or imposters. Instead of everyone having to close their eyes, all player actions happen in real-time. Rounds can be played with up to three imposters for more bloodshed, with three different spaceship map options if you feel like a change of scenery before dying.

Crewmates are assigned tasks to complete around the spaceship. Imposters have to avoid raising suspicion among the crewmates (or being “sus,” as “Among Us” players like to say) while sabotaging actual tasks and trying to get away with murder. When a player finds a dead body, all the players still alive hold a meeting to discuss who the murderer is.

Crewmates win a round by voting out the imposters or completing all their tasks. Imposters win by killing all the Crewmates or successfully sabotaging the ship. Even when killed or voted out, players can haunt those who are still alive by floating around as a ghost who can still work on their tasks and sabotage the ship.

Despite its popularity, “Among Us” isn’t a new game. The game was released on June 15, 2018, where a small but loyal fanbase kept the game afloat, inspiring Innersloth to keep working on the game. It wasn’t until around July of this year that the game had its resurgence, mainly due to internet personalities steaming the game on Twitch.

“Among Us” can be downloaded for free with advertisements on iOS and Android devices or purchased for $4.99 on Steam for PC. Have you played “Among Us” yet?

If not, that’s kinda sus, are you sure you aren’t the real imposter?