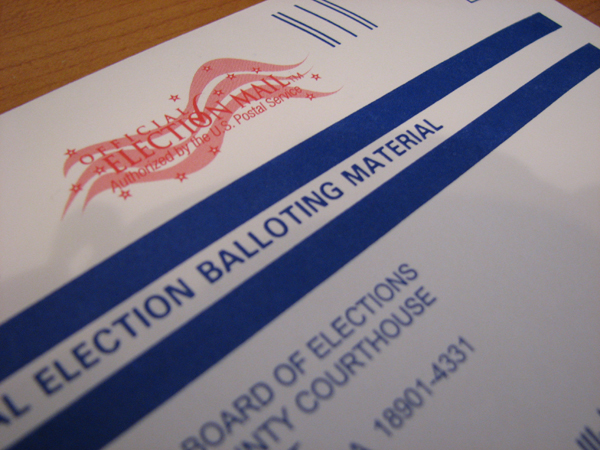 It is no secret that voting is a highly contested bipartisan battle in America. As one party gains votes, the other party often takes to whatever means necessary to ensure they come out on top. For decades, this has meant rampant voter suppression.

The American Civil Liberties Union identified five different types of voter suppression which include voter ID laws, voter registration restrictions, voter purges, felony disenfranchisement and gerrymandering. Each of these target voters in different ways in order to invalidate their vote.

In 2020, voter suppression has taken on a new look: denying the validity of mail-in ballots. With traditional polling stations posing a hazard due to coronavirus, absentee ballots are becoming the best option for most Americans, but President Trump has, by and large, stated they are not trustworthy.

That is until his campaign put out an ad encouraging absentee ballots, no longer implying the fraudulent election that he has tweeted about so many times. In California, the Republican party has even taken to creating fake third-party ballot collection boxes.

Does illegal vote collection count as attempting election fraud? Does it count as a felony?

“Ballot harvesting” is not technically against the law in California, but it has been denounced by the Trump administration in several different lawsuits. These boxes are marked as “official” which makes them illegal in use.

Regardless of the legality, the state’s Republican party has stated that it will not comply with the cease-and-desist which was ordered toward the ballot boxes. CNN reported party spokesman Hector Barajas saying, “Ballot harvesting program will continue.”

The combination of misleading, illegal ballot boxes and consistent statements from the Trump administration against the integrity of absentee ballots serve as a threat to voters. In such a polarized election, every single vote needs to count.

Election fraud is something President Trump speaks on often, and yet he seems to ignore it when it's his party participating. Red states, like Georgia, Tennessee and Indiana, require ID in order to vote, which makes it inaccessible for some citizens.

Having an accessible voting process is the number one way to ensure that our democracy respects the voices of all. When outdated laws create barriers, we push out voices that are deemed “less desirable:” voices of the poor, voices of the disabled, voices of immigrants and thousands of other Americans who deserve to be heard.

Social media has been full of images of long voter lines recently, which is easy to perceive as something positive. While it initially seems like everyone is getting out there to vote, there are not enough local polling stations to accommodate the population, and voters are being made to wait hours to exercise their right to vote.

The reality is that many Americans do not have the time to spend their whole day in line to vote because of other obligations. Citizens of other countries around the world have taken to Twitter expressing disbelief in the American system. Countries like Spain and Canada automatically register all citizens to vote when they are of legal age, and many have said they’ve never seen comparable lines.

Lack of access to voting in highly populated areas undeniably skews the voter’s ability to be heard. When they then opt for an absentee ballot instead, they are tasked with the anxiety of not knowing whether or not their ballot will be counted or recognized as legitimate.

America needs to tackle the roots of voter suppression which largely affects minority communities. Election fraud needs to be taken as more than an accusation tactic to undermine a political opponent, and recognized as a true threat to our democracy.