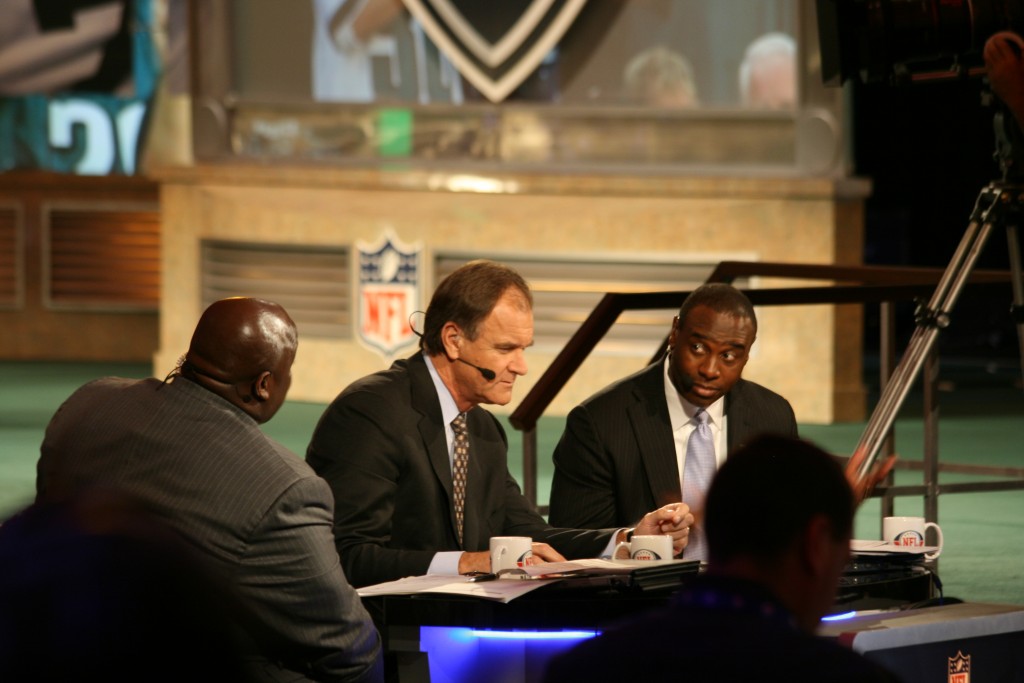 Super Bowl-winning head coach Brian Billick spoke about his book, “The Q-Factor: The Elusive Search for the Next Great NFL Quarterback,” to Ramapo students and faculty members on Wednesday, Oct. 21.

While an in-person event was held in the Alumni Lounges for on-campus students and staff, the majority of the attendees logged onto the Webex meeting, where there were over 25 participants tuning in. Many sought to learn from Billick’s expertise on how to use data to draft quarterbacks.

This event was presented as a part of the Raciti Memorial Lecture. At the start of the talk, junior economics student Illiana Natale was awarded the Raciti Award scholarship due to having the highest GPA amongst all economic majors.

Economics was a large part of Billick’s conversation with Brad Humphreys, the moderator of the event. James Dale, the co-author of "The Q-Factor" and a sports and negotiation expert in his own right, participated alongside Billick throughout the event.

“Are we coming to a moneyball moment in the NFL?” is one of the first questions Humphreys asked Billick and Dale.

“Everyone wants to moneyball the NFL, you can’t do it,” Billick said. “The NFL is just a little bit different.”

Dale agreed. “What the analytics are, in many ways, a lie detector test, not a predictor,” he said.

Bouncing off of that statement, Humphreys asked how someone can become incrementally better at evaluating the NFL. Billick answered by addressing how to evaluate particular players.

“Every player that’s now labeled a bust, they all have the physical abilities to play,” Billick said. “The disconnect is that they did not have the mental or emotional ability for the NFL."

He gives the evolution of looking at potential quarterbacks as an example. “A quarterback that has certain athletic ability is what you’re looking for. The size used to be a disqualifier, but that has changed,” he said.

“The Q-Factor” references the 2018 NFL draft, so Billick picked examples from his book.

“Barkley was probably the number one ranked quarterback in the 2018 NFL Draft, and rightfully so,” Billick said. “But do we think he is a franchise quarterback? If you do, then you put him above any other contender for the quarterback position.”

Humphreys went on to lead the discussion to a topic relevant to college athletes. He asked Billick and Dale what advice they would give to college athletes that are being scouted early, where they have the opportunity to go pro before they graduate.

Billick did not hesitate: he immediately suggested for student athletes to “stay in school.”

“There’s a lot of things that decision is based on, and it’s never ‘am I ready to play?’” Billick said. “If you’re looking for economic reasons, I can’t argue with that, but that doesn’t mean you’re ready to play.”

“The people who drop out of college drop out early to start a world-changing company,” Dale said, referencing Steve Jobs, Bill Gates and Mark Zuckerberg. “There’s so many Steven Spielbergs that don't even go to college.”

Billick wants student athletes to ask themselves if another year of college would benefit their future success, and he claims that the answer should be yes.

This conversation was sponsored by the Eastern Economic Association, Ramapo’s Anisfield School of Business and Ramapo’s Master of Science in Data Science program.