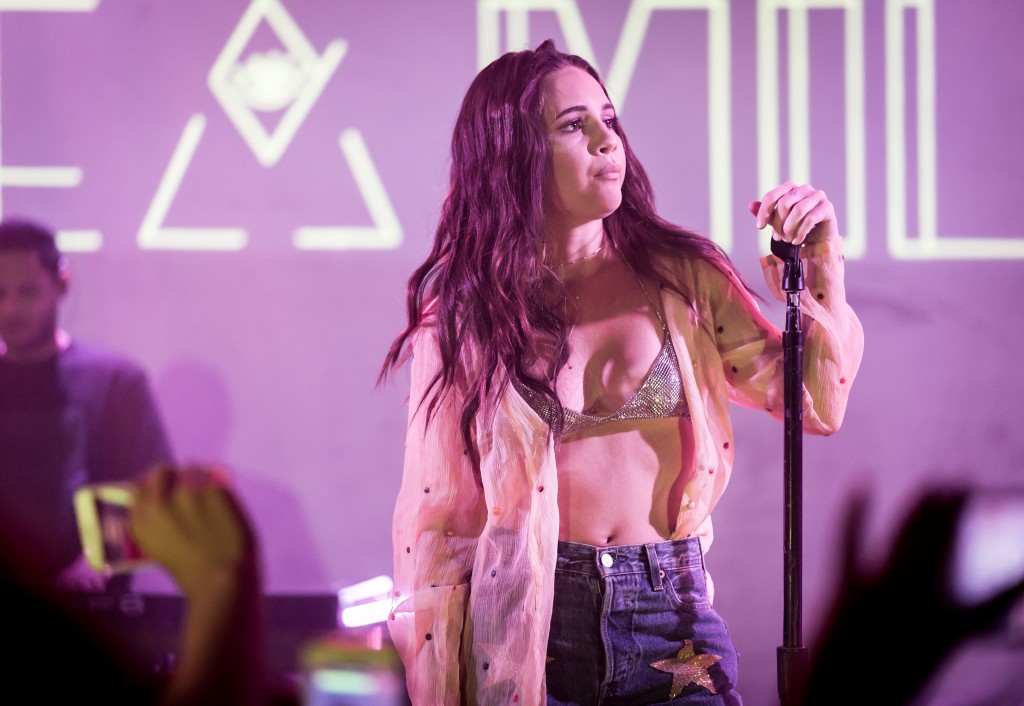 After two years of anticipation, 21-year-old Bea Miller released her new EP “elated!” on Oct. 23. Accompanying the lead single “wisdom teeth,” originally released on Oct. 9, there are six new songs that show a vulnerable and political side of Miller that has been obscured in her previous work.

Following the release of her sophomore album “aurora” in 2018, fans waited patiently for Miller’s next project, which she has been teasing since late 2018. She released a slew of singles and collaborations in 2019, most notably the song “feel something”, followed by her first headlining tours in the United States and Europe.

Now, “elated!” has stunned listeners by showcasing Miller’s more mature sound and more personal lyrics. Miller tweeted following the EP’s release that she originally felt very hesitant about releasing the EP because this is the boldest she has ever been in her music.

“elated!” touches upon topics such as Miller’s mental health, love life and thoughts about the current political landscape. The overarching theme is Miller’s search for her identity amongst the chaos in the world, which is all too relatable for many young people amid the circumstances of this year.

The lyrics are the true star of the EP, marking Miller’s growth as an artist. Miller has always found it important to write about her own life experiences in her music. However, in the past, she was too afraid to give any specific details about her experiences. “I have altered my stories or taken details out in my lyrics to make them more universally understood,” Miller said in an interview with NME.

“elated!” is a turning point in Miller’s artistry. She has decided to share her unfiltered experiences with the world and that is the best move she could have made. Her more detailed lyrics are the best part of the EP because they create a more genuine connection between her and the listener.

There are few tracks from this EP that stand out from the rest:

“making bad decisions” is possibly the best track on the EP, despite its simpler production. Miller’s vocals carry the song, starting slow and sultry in the beginning and becoming more robust as the song builds. The song is a self-callout about Miller’s own impulsiveness, but her signature blunt lyricism makes it playful and fun.

An unusual love song, “i never wanna die” is a sweet ode to a lover about how they make life worth living. This song is unique in Miller’s discography, because she has not released many love songs, and the guitar production gives the song a pop-punk feel. The production in combination with Miller’s raspy and intense vocals make the song addictive to listen to.

“self crucify,” a soft ballad about Miller being less critical of herself, is an excellent closer for the EP. Miller is the most vulnerable on this track, with personal lyrics revealing that she hit rock bottom at 14 and that one of her mothers betrayed her in the past. The song is full of self-reflection, and the soothing production and harmonies in the final chorus culminate to make a beautiful song.

Overall, 2020 has been a whirlwind year for Miller. During the summer, her 2019 single “feel something” found TikTok success, skyrocketing the song to nearly 100 million streams and counting on Spotify. With the release of “elated!,” there is no telling how far this rising star will go.