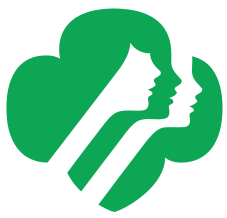 After Amy Coney Barrett was confirmed as the next Supreme Court Justice of the United States on Monday, Oct. 26, the Girl Scouts of America shared a congratulatory post on all of their social media platforms two days later. These posts, however, were quickly taken down after receiving overwhelming backlash.

The posts that the Girl Scouts shared to their Facebook, Instagram and Twitter accounts included an image reading “Female Supreme Court Justices” and pictures of the only five women in U.S. history to serve on the Supreme Court. The first four female Justices include Sandra Day O’Connor, Sonia Sotomayor, Elana Kagan and Ruth Bader Ginsburg, who Barrett replaced only a month after her tragic passing.

The caption along with the old post was “Congratulations Amy Coney Barrett on becoming the 5th woman appointed to the Supreme Court since its inception in 1789.” Because of backlash from many Americans (mostly progressives, liberals and feminists), the Girl Scouts again clarified that they are not affiliated with any political party, as they are “a nonpolitical, nonpartisan organisation” and “here to lift up girls and women.”

Many felt offended by this post because the Girl Scouts were seemingly showing support for a woman who does not represent a progressive and feminist America. Barrett will be seated as the sixth conservative Justice on the SCOTUS, leaving it completely unbalanced with only three liberal Justices. This is a fear for many, as Barrett is incredibly religious and finds it difficult to separate church from state, which will lead to stealing the rights from targeted groups and issues, such as same-sex marriage, LGBTQ+ rights, women’s reproductive rights and Obamacare.

The only remaining post now from the Girl Scouts, posted to Twitter around 7:30 p.m. on Oct. 28, stated, “Earlier today, we shared a post highlighting the five women who have been appointed to the Supreme Court. It was quickly viewed as a political and partisan statement which was not our intent and we have removed the post.”

Girl Scouts has still been receiving criticism from both political standings, as many are still upset that they would support a woman who is very anti-woman and equality, whereas others were mad that Girl Scouts fed into the hate and deleted their content when they have the right to post whatever they want.

I personally believe that is a tough issue to judge. Though Barrett is a successful woman, she directly goes against the strength in femininity and diversity Girl Scouts and feminists strive for. Girl Scouts are taught from a very young age that they deserve equality and can conquer anything with the utmost strength. They enforce what it means to be a woman and that they are capable of any life or career they want without help or critique from men.

That is at least what I, a former Girl Scout, learned from the organization, and plenty of other women feel the same way.

Yes, Barrett has achieved something many women have not been given the opportunity to pursue, but this does not mean she is the perfect example of a strong, empowering woman.

Unlike late Justice Ruth Bader Ginsburg, Barrett does not fight or side with female rights. RBG has done incredible things for women, and she truly is an American hero. Barrett, on the other hand, puts us at risk for going back against all of the hard work RBG fought so hard for. Barrett is not fit to be on the Supreme Court, at least not right now with five other conservative Justices and as RBG’s replacement.

Despite how I, amongst many others, may feel about Barrett, we cannot remove the fact that she is a woman in a highly male-dominated position. Becoming the fifth woman appointed to the Supreme Court is a historical achievement, nonetheless, and the Girl Scouts should not feel bad for sharing female-oriented information, as they claim it was not meant to be political.