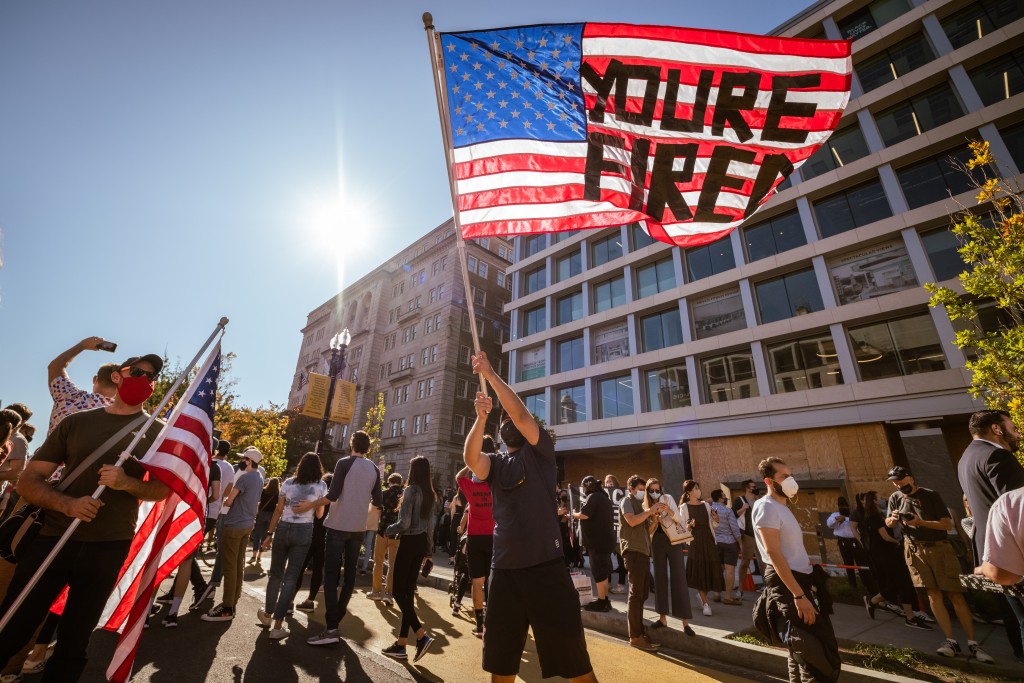 The 2020 presidential election took way longer than anyone expected. After what felt like endless nights of obsessively watching the news for updates on this stressful election, an announcement finally came on Saturday, Nov. 7: former Vice President Joe Biden was projected as the president-elect.

At the beginning of the election on Tuesday, things were seeming bleak for Democrats. The number of states Joe Biden not only needed to win, but flip, was intimidating.

As time went on, hope was coming back. As more and more mail-in ballots were being counted, Biden’s numbers were rising.

For days, things seemed to be stuck at a standstill, but every update brought hope along with it. Of course, President Donald Trump falsely claimed in an early Wednesday morning speech that he had won this election, frightening the American people. With these statements came the flood of baseless accusations surrounding fraud within the voting process. He wanted the counting of votes to stop. In doing so, he was undermining the democratic process.

These claims led to protesters, many with weapons, to storm the places where votes were being counted, in protest of possible voter fraud, based on the false claims from our current president.

Regardless, the votes continued to be counted, and as they were, red states were slowly turning blue. As the days went on, more states were turning blue, allowing people to see that the possibility of Trump not being re-elected was becoming more likely.

People sat in wait for days for the final states, Alaska, Arizona, Georgia, Nevada and Pennsylvania, to tally up their votes that would lead to the election or re-election of the president.

Finally, after passing 270 electoral college votes, Joe Biden was announced to be the projected winner.

This news caused mass celebrations, not only around the country but also around the world, proving the significance of bringing change in our government. The number of people who cried, screamed and danced in the street around the globe was astounding and brought so much joy to millions of people across the country. To see people celebrating the removal of our current president was quite a testament to how the world viewed his term.

These celebrations were filled with people of all races, classes, genders and sexualities celebrating the fact that they can finally start to feel safe in our country. Our hard work has paid off, the hate can hopefully start to fade away.

But, let us not forget that there is work to be done. We must continue to fight for rights and equality; we must continue to hold out government officials accountable for what was promised in their campaigns; and we must make sure that we the people are listened to. Every voice matters in this country.

The end of Trump’s presidency can lead to our country finally being reunited once again.

Of course, Joe Biden may not be the perfect candidate, but he can start the process of unify the left and the right and making us truly, the United States of America.