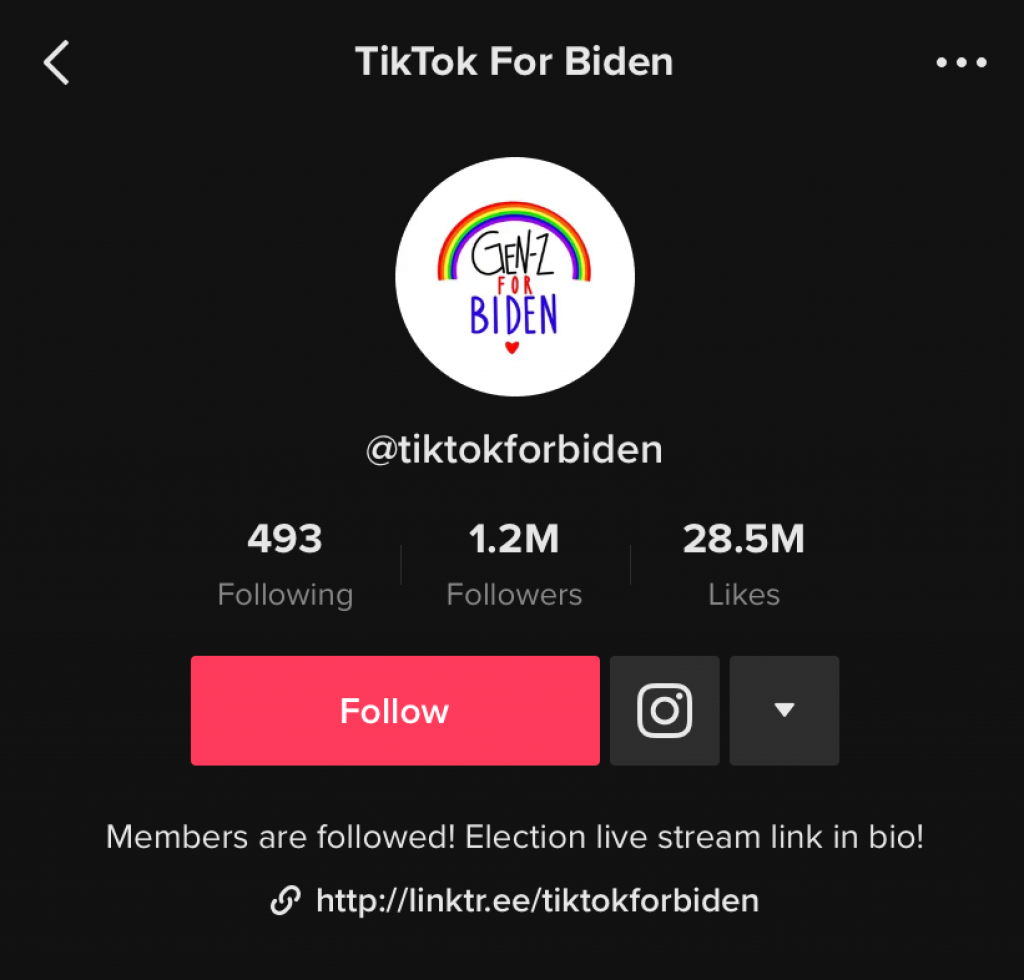 Over the past three years, TikTok has evolved into a powerful platform for Generation Z to meet with each other and discuss important issues in a place that is not their parents’ kitchen table. The political wave on TikTok was sparked in May after the death of George Floyd, and since then the app has raised awareness for issues ranging from systemic racism to the climate crisis. It even played a part in trolling Trump’s summer Tulsa rally, where users realized they could reserve tickets to the rally in bulk and never show up.

During the most important presidential election of our lifetime, it is TikTok — Generation Z’s most popular social media app — that deserves credit for encouraging young voters to turn out in record breaking numbers by creating a safe, relatable and informative space.

With anxieties high and the urgent need to generate more Democratic voters, over 200 TikTok users banded together and formed a new movement entitled “TikTok for Biden.” Their new account launched on Oct. 7, where they stated that their goals were “registering young people to vote, raising awareness about the election, and eventually putting Joe Biden in the White House!”

Since then, @tiktokforbiden — gaining over 28 million likes and being featured on “Good Morning America” — has released daily content that informs young voters on policies, voting methods and deadlines, volunteer opportunities and more. Although Gen Z’ers 18 and up are the only ones eligible to vote, @tiktokforbiden’s messages are for every member of Generation Z, and they are subsequently setting up a whole new wave of educated voters in the years to come.

As part of their efforts to encourage political participation among all ages, they featured a video at the end of October about how those who are too young, cannot vote or have already voted can still help.

Led by Harvard student Claira Janover (@cjanover), the video lays out all the details of phone-banking via Swing Left, a comprehensive phone-banking service for the Democratic party. She points out the pre-written scripts for key swing states, and says, “Even if it’s only 15 minutes a day, phone banking is the most effective way to inform voters in their states about state-specific voting laws, guidelines, and campaigns that are happening.”

On election day, @tiktokforbiden posted a compilation of creators finishing the following phrase: “If Trump is reelected….” The responses include losing reproductive rights, losing healthcare, immigrant families staying separated, the irreversible effects of climate change and many more topics that directly tell viewers what is at stake during this election.

Across their account, comments include statements like, “I got my mom to vote for Biden with me,” “I am not old enough to vote but my family voted blue,” and “I’m a Republican and I just voted blue.”

So why has the blue movement on TikTok been so successful with young voters? For many, TikTok is the only place where they can explore political ideologies outside of their families. During an election year with such high stakes, many young people feel their future is at risk if they don’t act now. Or, maybe it’s simply the Gen Z comedy that keeps people engaged.

In a video with 3.7 million views, @ryleemgibson compares an image of Bernie Sanders and Alexandria Ocasio-Cortez shaking hands with Joe Biden and Kamala Harris, accompanied by a symbolic audio about asking for a Coke at a restaurant that only serves Pepsi. But since younger generations laugh about how they’re too nervous to critique waiters, she gives a bittersweet sigh and says, “Yeah. Pepsi will be okay.”

As of Nov. 7, the organization efforts of TikTok creators paved the way for young voters to finally kick Fanta out of the office. Although many would prefer the Coke team of Sanders and Ocasio-Cortez, the Pepsi team is our best hope for now.