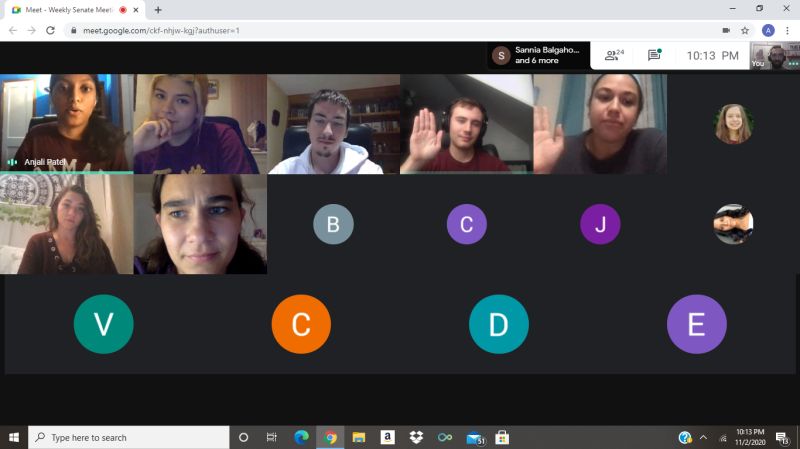 The Student Government Association officially added a new branch of order to their system. On Nov. 2, three panelists were appointed to the newly developed Judicial Panel, which will act as disciplinary board for the SGA.

“If problems arise in the SGA, the panel will look into these decisions and will make these decisions which are relevant to the SGA,” Anthony Miragliotta, senior political science major and newly appointed chief justice of the Judicial Panel said.

Alongside Miragliotta on the panel is executive panelist John Waite and legislative panelist Angelina Farallo, both of whom are junior law and society majors.

While the judicial panel became active a couple of weeks ago, the process of developing it was lengthy. The panel was created last semester, and because last academic year’s SGA by-laws stated that the Judicial Panel should be inactive, it took until this fall to appoint panelists.

“SGA members in the senate and cabinet suggested for SGA to scrap the Judicial Panel,” Miragliotta said. “However, the Constitutional Assessment Bill was passed.”

The introduced Constitution Assessment Bill made the process of selecting and appointing candidates for the Judicial Panel much easier, which made the panel itself more achievable. This bill passed with a 16-3 vote, so all interested panelists had to complete a constitutional assessment in the fall prior to their appointment to prove their knowledge of the legislation.

SGA President Anjali Patel and Senate President Maria Montesinos swore in all three panelists during the Nov. 2 senate meeting. Miragliotta already has plans as to how he will be serving the student body.

Ramapo’s SGA serves as the voice for the student body. If you would like to learn more about the government’s current missions, check out their website here.

The SGA has opened a virtual office as well, where SGA members can answer questions and concerns Sunday through Friday every week from 8 a.m. to 11 p.m. Check out their Archway page for more information.