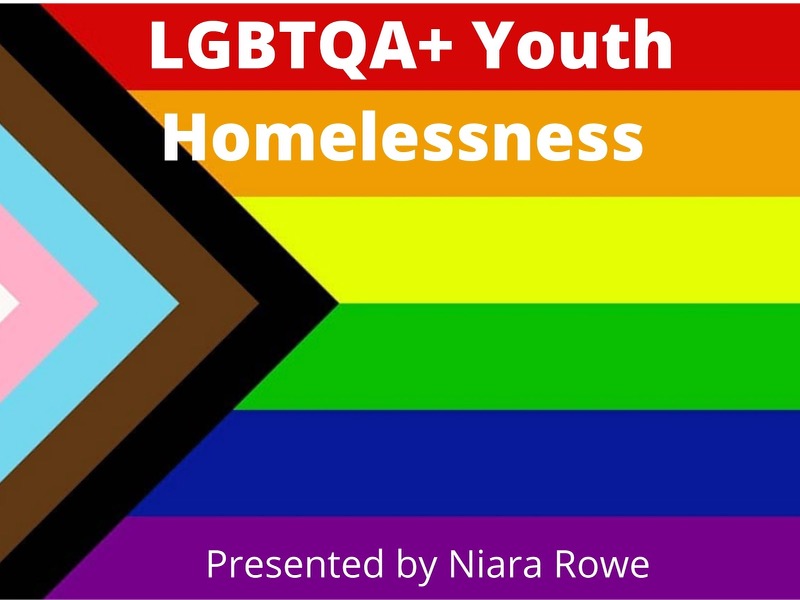 HHAW always takes place the week before Thanksgiving, as it is the time of year where many take moments to reflect on what they are thankful for and give to those around them. Ramapo has joined this mission to spread awareness on hunger and homelessness by offering events this week that inform students and faculty on related topics.

On Tuesday afternoon, Ramapo’s Civic & Community Engagement Center (CCEC) hosted their second event honoring HHAW. In the Webex discussion entitled “LGBTQA+ Youth Homelessness,” the CCEC focused on the higher rates and risks of homelessness for members of the LGBTQIA+ community.

Jack Nesmith, the coordinator for civic engagement and student leadership programs, welcomed the participants to the event, giving a brief overview of HHAW and what Ramapo has been doing to shed light on the topic.

On Monday, Nesmith hosted the event “What’s On Your Plate?” which covered a variety of topics exploring the devastating realities of food insecurity, especially during the current pandemic. He also briefly spoke on Thursday’s “Campus Free Hunger Act” presentation, which explained how college students are affected by the issues of food insecurity.

“LGBTQA+ Youth Homelessness” was hosted by senior Niara Rowe, the student manager and faith and spirituality coordinator of CCEC. She educated and engaged her audience on this pressing topic, which strikes incredibly close to many students of Ramapo.

Rowe shared in the earlier parts of her presentation that LGBTQ+ youth are at the highest risk for homelessness, as they make up 40% of the youth homeless population. College students would claim they are adults; however, they are defined as “unaccompanied youth”  if they are homeless, as anyone age 12-24 is considered youth.

The information Rowe shared was alarming and heartbreaking. Additional factors go into LGBTQ+ homelessness and unaccompanied youth, such as race and socioeconomic standings. On a slide from Rowe’s presentation, a fact read, “Demographically LGBTQ+ homeless youth are African American or American Indian often from low income communities and from poor or working class families.”

These factors “pile onto the challenges of being LGBTQ+ and homeless,” Rowe said.

Most LGBTQ+ youth end up being homeless for a variety of reasons, including the most common reason, which is family rejection. Many young members of the community are kicked out of their homes and families’ lives when they come out or their families find out they identify as queer and/or not cisgender.

Being a member of the LGBTQ+ community, for many, is “what led to them being homeless,” Rowe said. “And that is a big stressor because the people who are supposed to love you the most don't.”

Additional factors of LGBTQ+ youth homelessness include criminalization, discrimination, bullying at school and aging out of the foster system. Many continue to remain homeless as they age because they are not accepted in homes or shelters, especially individuals from the transgender community, as they will likely receive abuse if admitted. There is also a lack of affordable housing available to the LGBTQ+ community, as well as a struggle to secure a job due to possible uncompleted education.

The event ended with a Q&A, and many expressed how happy they were that they could learn more on a topic they knew little about. Nesmith, Rowe, CCEC and Ramapo collectively want nothing more than to raise crucial awareness for their college and community, because it is up to them to strive for a change.

“Be loud allies!” Rowe said to her audience before concluding the event, encouraging Ramapo to support the homeless LGBTQ+ youth around them.