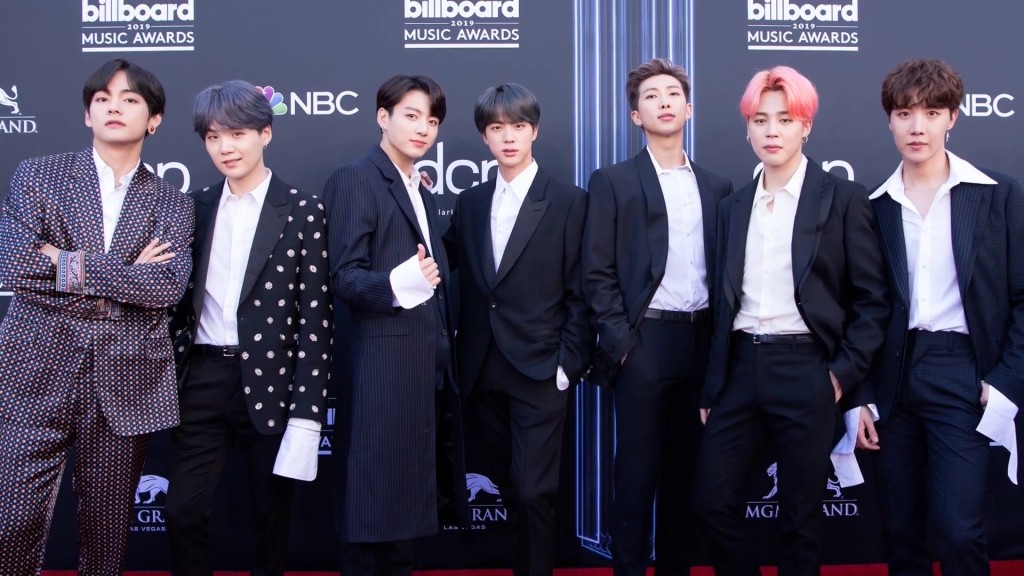 The KPOP industry is often criticized for its roots in soft power/Hallyu wave, and its source of funding leads to idols being categorized as products of a monetized system; the value of their talents and artistry constantly being overlooked.

Time and time again, I've seen the same critique fall heavily onto BTS with their growing success in Western popular media, and it's disheartening as a fan to see all their hard work and efforts overshadowed by this idea of KPOP being an ingenuine conglomerate monster rather than simply a music genre.

Despite such criticisms, the members all expressed multiple times throughout the pandemic how much they missed performing and interacting with fans in person, and they often spoke of how excited they were for the next album.

In recent interviews, they also mentioned how the first released single, "Dynamite," was meant to lift people's spirits in these trying times.

Then in this year's United Nations speech, they spoke of their struggles and how they will continue to work hard. All of the members delivered heartfelt and encouraging words to fans in their own ways.

With the release of their album "BE" on Nov. 20, it was revealed how the comfort they offered extended into their music.

The album in its entirety has expressed their growth and quality as a group, and there are a few tracks that stand out from the rest.

This track has a relaxed but reassuring message, accompanied by mellow guitar melodies and synth sequences that bring a nostalgic feel to the song. It’s the message you didn’t know you needed to hear but are very grateful that you did: the reminder that everything passes eventually and that better times are on the way. Though sappy, the song instills hope and comfort in this time of uncertainty.

This song reminds me of their earlier discography as if they’re returning to their roots, but adding their current spunk on top, so it’s really refreshing to listen to. Behind its laidback rhythm and upbeat hip hop beats, the lyrics express the day in-day out feeling of working, especially now during the pandemic where time doesn’t feel real and one season can’t really be differentiated from the next since we're all stuck within the same four walls. The bridge might be my favorite part, building up to the last chorus with powerful vocals and addictive, catchy lyrics for a lasting effect. You wouldn’t know, but apparently, it was written in three minutes by member Jimin.

The whole album is full of vibrant, funky, retro colorful sound, but when this track starts, it feels like the classic movie scene where everything goes into slow motion and the camera is focusing on the tiny details, like particles of dust floating in a single ray of sunlight. Alternatively, this song underscores the camera panning to a view of the moon reflecting off the still waters of the ocean late at night.

The reason it evokes such imagery, aside from the gentle guitar riff, is because the raw and deep lyrics express the very human emotions we have all experienced in this pandemic – feelings of fear and of not knowing what to do next when the world is at a standstill. This track was supposed to be part of member V's anticipated solo mixtape, but apparently, when the other members heard it, they decided to have it be part of the group's album.

Overall, the way I see it is that they didn't have to share such personal and genuine emotions – they could have released any stereotypical catchy pop song and moved on. But instead, they released more raw, emotional messages and sounds, that inevitably brought comfort and healing to fans worldwide.

In a recent live, member RM mentioned worries about if “Life Goes On” would not do as well in Western charts because the lyrics are mostly in Korean, in comparison to their release of “Dynamite,” their first entirely English song which was a huge hit in Western media. He questioned if what they mention in nearly every award speech they’ve delivered was true, that music transcends language barriers.

The only track that didn’t chart was “Skit,” which is quite literally just three-minute-long audio of the group talking.

Of course, both the group and the fans were ecstatic, because unlike “Dynamite,” this album had zero radio play, zero bundlings, zero remixes and zero industry support. It was one version and one version only that accomplished this.

As if that wasn’t enough, the next day, members RM and SUGA entered the Billboard Hot 100 Songwriters chart for the first time ever, RM ranking at 3, and SUGA at 9.

There is a common saying between ARMYs (BTS’ fans) that Yoongi (SUGA) gets what Yoongi wants. Originally this was a joke because the first time BTS ever reached #1 on the Hot 100, he previously asked for it.

But then, he targeted the Grammys, and in 2018, they received their first Grammy nomination for their album packaging. He continued to mention the Grammys, and then on Nov. 24, they were nominated with “Dynamite” for the best pop duo/group performance category.

He asked for the same of “Life Goes On,” especially considering it would be their first track to rank #1 that doesn’t have a lot of English lyrics, so when it did, fans began joking about how he should ask for world peace next.

But all jokes aside, it has been a very good week for BTS, and fans are extremely proud of them.