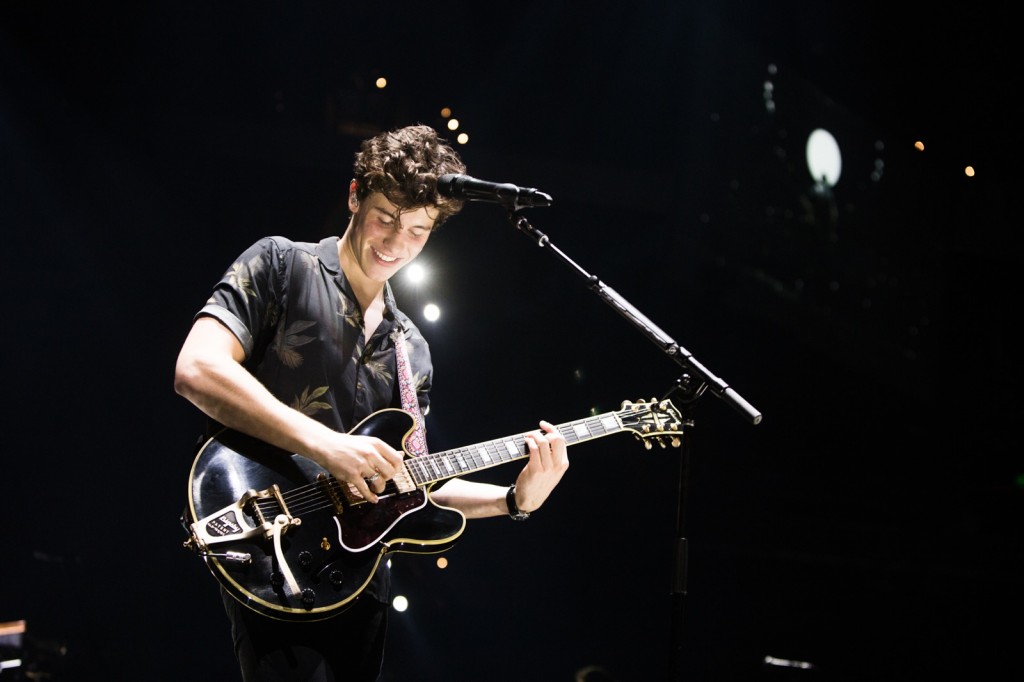 2020 has been a whirlwind of a year in many ways, but Shawn Mendes is ending it with a bang with the release of his fourth studio album, “Wonder,” on Dec. 4. “Wonder” marks a change for Mendes as he displays experimentation with new sounds that set this project apart from the rest.

This album is overwhelmingly filled with love and joy in a time when the world needs it most. It’s clear that many of the love songs are inspired by Mendes’s girlfriend and fellow singer, Camila Cabello, but there are songs dedicated to his friends and fans as well. “Monster,” a duet with Justin Bieber, stands out from the rest, as it is the only track that touches upon a darker subject: the pressures of fame.

Past criticism of Mendes’s music has mostly revolved around the fact that his previous music shared a similar sound, supposedly showing little growth in his artistry; that is not the case with “Wonder.” Mendes’s music is known for having an acoustic pop sound, but he builds upon that here with the addition of booming percussion, soothing strings and blaring brass. Of course, Mendes’s vocals sound better than ever before, literally soaring to new heights.

The album begins with “Intro,” which is just that: a short and sweet introduction that starts soft on the piano but slowly builds to lead into “Wonder,” the lead single and title track. “Wonder” perfectly sums up the album with mentions of his friends, fame and his own vulnerability in the verses that precede the chorus, where Mendes completely lets go in the line, “I wonder what it’s like to be loved by you.” With the accompanying drums and harmonies you can’t help but feel like you’re floating.

“Piece Of You” is the biggest shock of the album, as it takes a completely different approach than the rest. It has a much darker tone with its deep synths, funky beat and sultry vocals. Mendes sings, “Everybody wants a piece of you / I get jealous / but who wouldn’t when you look like you do?” He expresses his possessiveness and jealousy when faced with other people wanting to be with his lover.

“Look Up At The Stars” is a sweet song that Mendes wrote for his fans to express his gratitude and remind them that he still cares for them after all these years. It begins as a slow piano ballad before transitioning to an upbeat tune that matches as Mendes sings that he is “feeling so lucky.” The song even features a callback to his 2015 song “Never Be Alone” with the lyrics, “Got these angels all around me / I’ll never be alone.”

“Wonder” may not be the perfect album, but it certainly marks growth in Mendes’s artistry. He had been searching for his sound throughout his previous three albums, but now that he has found it, he is daring enough to step out of his comfort zone once again. With songs so full of happiness, this album could not have been released at a better time, providing the perfect escape from the chaos and stress of this year.